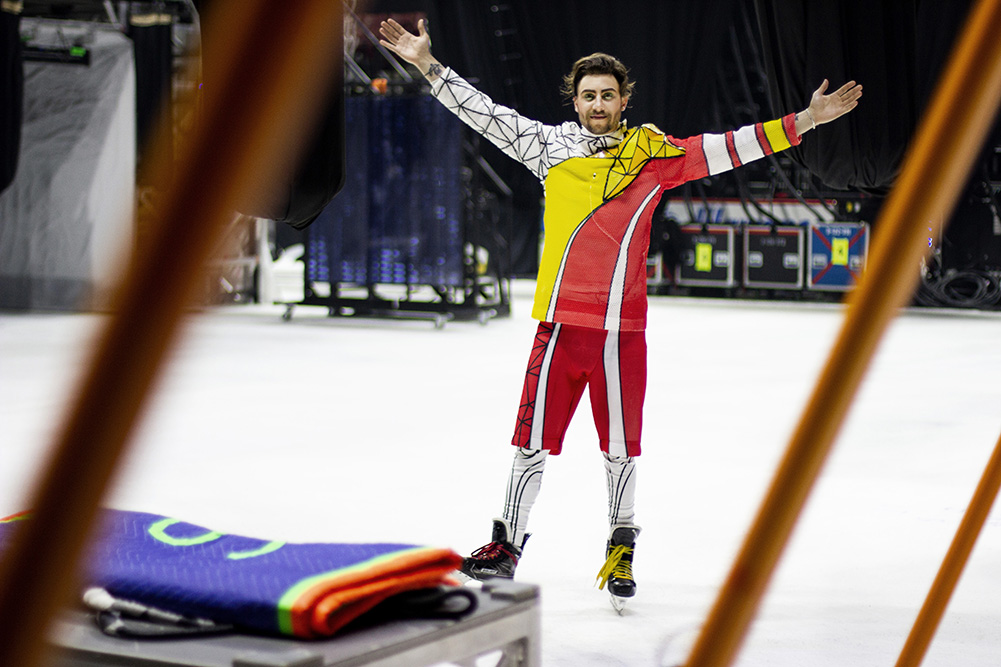 The road to blade life satisfaction can take many turns, one of which has our friend Kevin Lapierre touring across North America — and soon the world — in support of the opportunity he found to perform stunts on ice for Cirque Du Soleil‘s ice skating and gymnastics showcase, “Crystal.” Trading in his Rollerblade Solos for a pair of Bauer ice hockey skates, Kevin now performs in several scenes each night and is the main acrobatic performer in the show’s more theatrical maneuvers. To get the full experience you’ll need to see it for yourself, but read on to hear Kevin talk about life on the road with a well-funded and well-stocked circus, and how he’s managed to turn his blade life skills into a career.

Hey Kevin, so you got a new gig —How did you get teamed up with the Cirque team?
Sure, man! So… yeah, last January I got a call from Cirque du Soleil saying that they wanted to do their first ice show. They’d seen my “ice blading video” and thought I could test out some ideas they had to make sure they would work.

Do you like, “qualify” for Cirque and they assign you to a show, or do you try out for a particular show?
Yeah, they knew my name from rollerblading, and they had seen the ice skate video… so they kind of assigned me to my show after all the try outs we did. 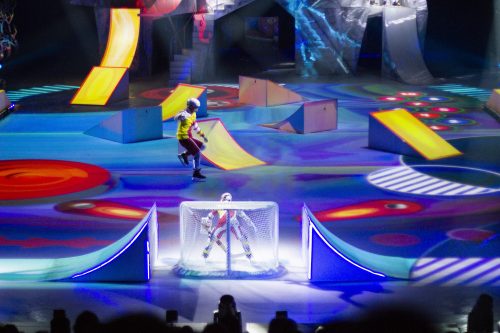 What did you think when they said “Great, but you’ll be on ice skates?”
I was super down! Because it was something different but close to what I used to do.

We’ve seen you grind rails on your custom ice blades — but do you have a lot of experience on ice?
Not really, but I’m from a hockey family — my dad and my brother are great players, and mom likes hockey a lot — so I think I kind of have something built-in for it because I had all the basics covered. 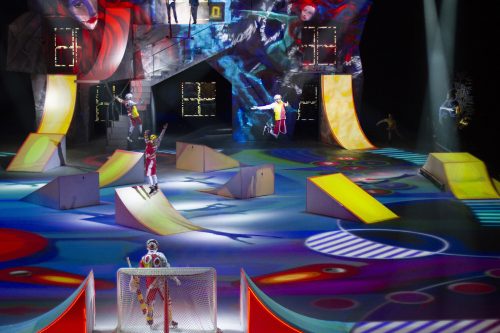 So what’s it like being part of an internationally recognized performance troupe that travels and performs every night?
Pretty crazy man! There are so many things going on at once, but yeah, it’s such a great company, and they take care of you very well so it’s a really good way to spend my time.

Best thing about Cirque?
The catering. 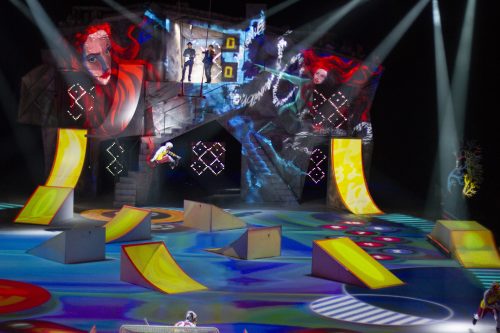 Hardest thing to adjust to?
The schedule.

How about comparing the life of a professional Cirque skater to the life of a *pro* blader?
It’s so different. I’m from a solo sport where you never really have a coach or insurance or any of the stuff that I have right now with Cirque. So I can say that I’m grateful that I’m from a rollerblading background because I appreciate everything more now because it’s something I never had. 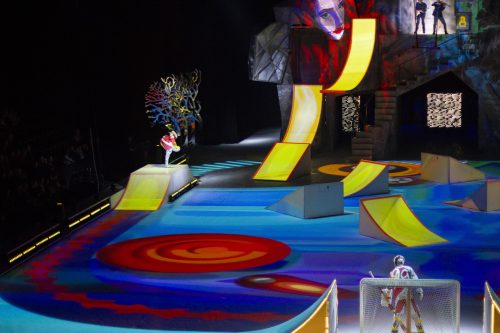 What was the training and practice like to get ready for the show?
The workshop and the creation of the show was really intense but very fun at the same time! Long working hours, but we knew that it was gonna be a great story to tell and show to the audience.

How many scenes are you in? So how many times do you change costume?
In a couple and I have four costumes that I go through each performance. 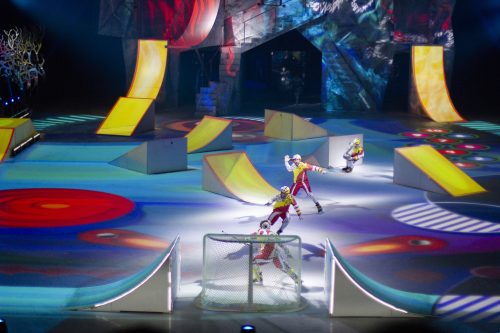 What’s the hardest thing you have to do every show?
I would say just being aware of all the stuff I’m supposed to do to help other acrobats after my act. So the support stuff.

Have you ever goofed during a show? What happens?
Yeah, it’s happened — you just get up and continue your line. Like we use to do in the rollerblading world, hehe. 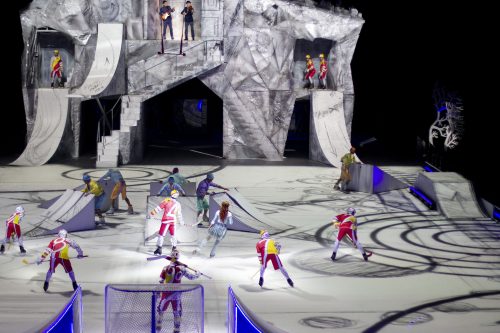 Do you ever get to blade during your travels? Has all this time on ice and weird custom ramps helped your blading at all?
It’s rare that I have time to rollerblade, but yes, I have some new muscles that I was not used to working with before.

When this show is done would you consider another Cirque show where you skated but not on ice skates?
I really dont know! I try to go day by day. 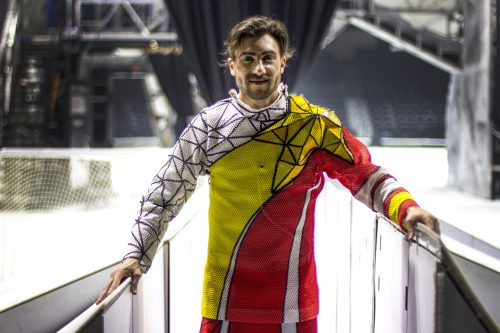 How many other bladers are part of the Crystal show?
We have another great rollerblader from France in my show.

Any advice for anyone that wants to break into that world?
I would say just continue having fun in what you like to do the most, and if Cirque sees you it’s because what you’re doing has potential to mix with the circus world. So you never know! 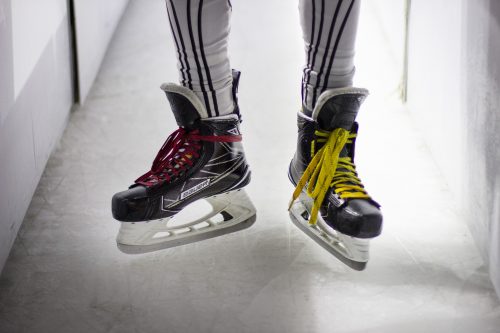 Well thanks again for the show and getting us backstage — so cool! And we’re really happy you’re doing so well. Keep it all up, man!
Thanks to you, ONE. I hope to see everyone again soon.