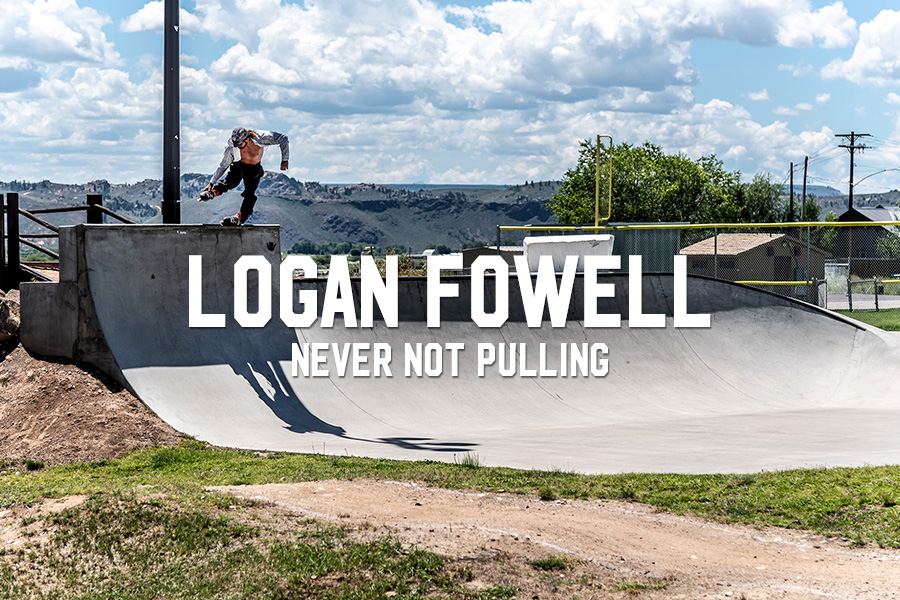 Written by ONE Staff - Published on Monday, December 2nd, 2019

Way out west there was this fella I wanna tell ya about. Fella by the name of Logan Fowell. At least that was the handle his loving parents gave him, but he never had much use for it himself. This Logan, he called himself 2Raw. Now, “2Raw”, there’s a name no one would self-apply where I come from. But then, there was a lot about 2Raw that didn’t make a whole lot of sense to me… But sometimes, there’s a man… and I’m talkin’ about 2Raw here. Sometimes, there’s a man, well, he’s the man for his time and place. He fits right in there. And that’s 2Raw. In San Diego. And even if he’s a lazy man, and 2Raw was most certainly that. Quite possibly the laziest in San Diego County, which would place him high in the runnin’ for laziest worldwide. Sometimes there’s a man… Sometimes, there’s a man. Ah, I lost my train of thought here. But… aw, hell. I done introduced him enough.

When I first met Logan Fowell, I didn’t know what to think. Originally from Houston, he knew my roommate Geoff Acers, so we had that in common. He skated Salomons flat when most other people were switching to plastic anti-rockers. He wore dress shirts and his sunglasses seemed to never come off. His style and his skating stood out in the somewhat difficult terrain of the Ocean Beach skate park – while everyone else threw themselves at a difficult grind, he was more focused on learning the feel of the park, developing a familiarity with the concrete that showed in his runs. In other words, he was something special.

During his time spent in Ocean Beach, he became somewhat of a local legend. The seaside township already has a reputation for community among its locals, and Logan slipped in well with his easygoing nature. He didn’t compromise who he was, in fact the opposite. He always presented himself as an unapologetic unique individual, never hiding his blading or his personality. That’s exactly why so many people gravitate towards him – there’s never a hidden agenda or bullshitting with him, he wears his heart on his sleeve and people sense and respect that. I feel the same way.

Since his move to Downtown San Diego, I’ve gotten to know him a little better, at least as much as I could. His departure from Ocean Beach was unexpected and probably caused some waves (no pun intended), mostly because OB is perceived by outsiders to be kind of a social black hole; most people that move there tend to remain there, sometimes indefinitely. But Logan is not most people. He has the rare trait of embracing and adapting to change while remaining true to himself. Trends come and go, but Logan is always just doing his own thing, working on his own set of criteria.

You can see a lot of these traits present in this edit. His drive and passion for blading come through strong whether in a park or on the street. He excels in his mastery of “fundamentals” as he calls it, approaching obstacles with comfort and purpose. Logan worked hard to make this edit a reflection of his flavor, and I hope you enjoy watching this small taste of my friend. Maybe one day you’ll get to meet him – just look for the trademark handlebars, sunglasses, and of course, that laugh. — Matt Lewis

dude just can’t blade, why would you even film this?