Judging from the Facebook share stats, by now a whole bunch of bladers are recently familiar with a pretty incredible backside royale executed in Lyon, France by a blader named Quentin Mandron. As bladers everywhere uttered a collective “wow!” at the clip, I realized that I didn’t know much (or anything) about Quentin, and that thanks to the wonders of social media sharing now would be a fantastic time to reach out and find out more about the man, the clip, and the legend. So here’s more about this long-time roller from Lyon.

Okay, Quentin, tell us where you live and how old you are.
I am 34 years old and live in in Lyon, France.

How long have you been blading?
For 20 years.

Have you always lived in France?
Yes, my whole life.

Do you travel much to skate? If so, where do you go and who do you get to skate with?
Yes, all through Europe and a little in Japan. I skated with lot of people because I was part of the Razors French team for about ten years, but I’ve been traveling less since becoming a dad.

Ever had a chance to come to the States? If so, where did you go and what was it like? If not, what’s your opinion of the USA in 2018?
Never to the U.S., maybe next year with my dear Cecile to New York. I do not really have an opinion on the United States but it looks like an amazing country.

What’s the scene like in your town? Do a lot of people blade?
Yes, there’s a good scene in Lyon, a good vert crew (the “Seans”), but there are fewer people because everyone works a lot now. 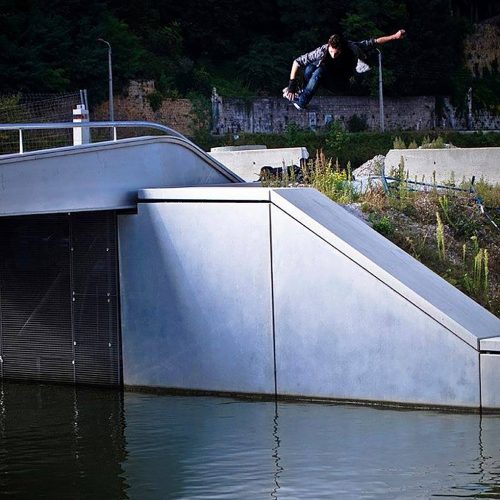 I guess we should talk about the BS Royale clip — people love it. When did you film that?
Thanks, it’s been six years or so, and ever since I’ve been looking for a longer spot, but I can’t find one.

How long do you think that ledge is in real life? Is it the longest grind you’ve ever done?
I do not know the length, but I’m looking for a longer ledge. If you can one, I’m hot.

What did you pour on it in the clip? People have speculated it’s dish soap or castor oil. Whatever it was, it sure worked!
That’s cool! But it was just water, but maybe soap would be better! 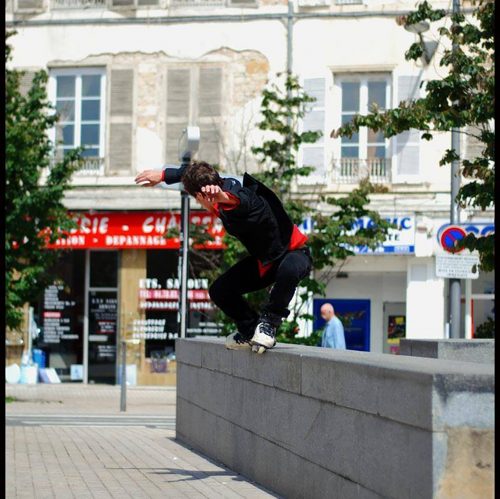 What’s the set up you’re riding right now?
I skate on some Roces.

Is there anything new — not just in blading, but like culture or music or fashion — in France that you think the US should know about?
Sex, cheese and ‘saucisson’ (a French sausage style). 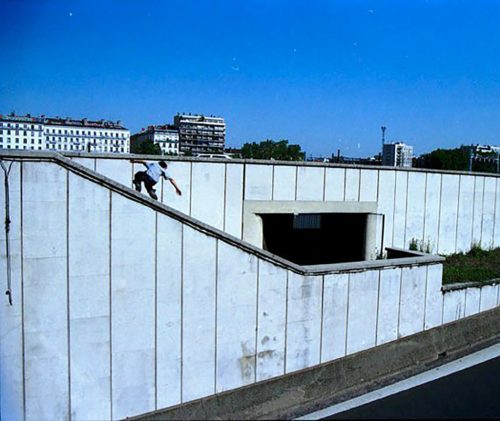