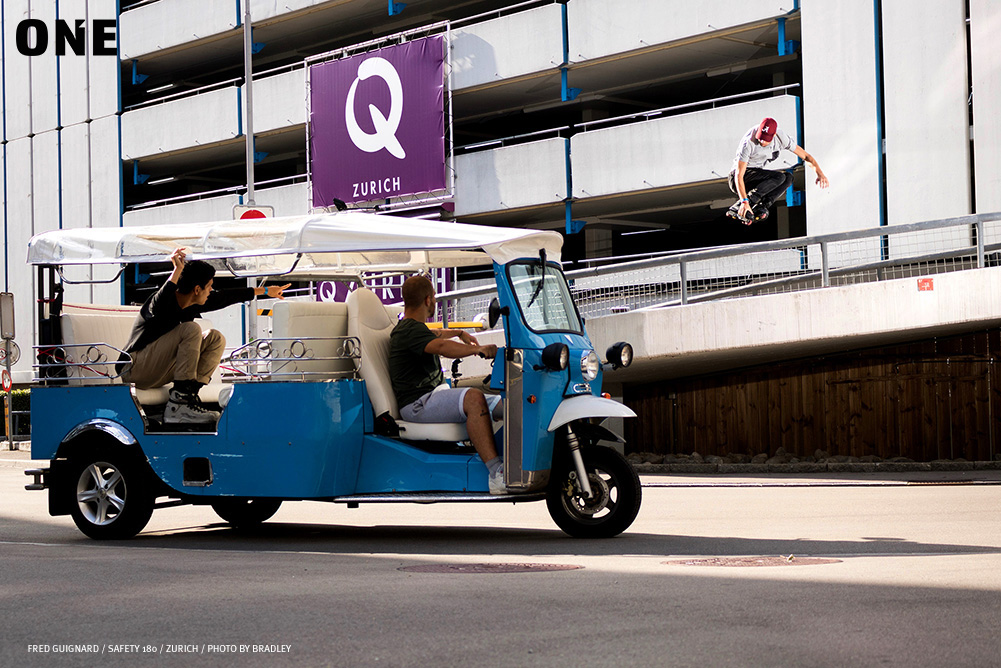 One of the coolest upshots to ONE — and I suppose our community in general — is being surprised by the content fellow bladers all over the world are creating. And this story is a testament to that! UK blader and photographer Dean Bradley moved himself to Zurich, Switzerland and has spent his time learning about the local scene while making new friends. That he was able to document those sessions with these killer photos and write such a well-structured report on his experience is a bonus for all of us. So please take a few moments to appreciate the efforts of our Swiss blade bros and learn more about an Englishman learning to live like the Swiss.

About 18 months ago, after a few years of bi-monthly plane trips to see my girlfriend in Switzerland, I finally moved from a town just west of London, England, to Zürich. The decision to make the move was an easy one to make, but it wasn’t free from worry. The most daunting prospect was lacking the language to communicate or make friends. The country itself is stunning. The Swiss Alps cover 65% of the country, four national languages are spoken, and the entire population of 8.3 million is smaller than that of London. The summer brings with it a buzzing atmosphere in the city, with crowds lining the crystal clear lakes and rivers to drink, cook and swim into the night, and winter snows open the vast mountain peaks to the excitement of many skiers and snowboarders. 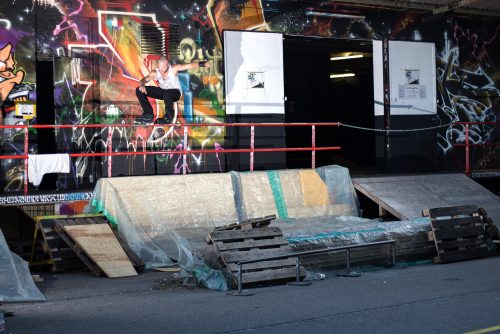 Despite my initial worries, it only took a few chance meetings at the local skatepark before I was beginning to feel part of a bigger community. Switzerland has had its fair share of legends throughout the sport’s history. Probably one of the most globally influential bladers to have waved the Swiss flag is Valo veteran, Cossimo Tassone. Having had several outstanding edits and sections in the Valo and Clip videos, as well as magazine profiles, he has unquestionably helped raise the profile of Swiss blading within the aggressive skate community. Sadly he hasn’t been seen skating since his shin-shattering bail as seen in Valo 5. However, in the last few years his younger brother, Dario, has been keeping the Tassone name alive in blading with his impressive mastery of truespins. 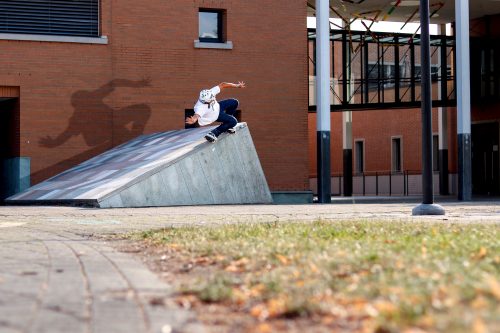 Jan / Back Nugen Up

The mid ‘90s gave start to the influential Lausanne contest, in which some of the finest bladers from around the world, including Arlo Eisenberg, Aaron Feinberg, Brian Bell, Bruno Lowe, Josh Petty and more, would help make the hilly lakeside city of Lausanne the centre of the European aggressive skate scene for many years. Around the same time, locals such as Raphael Sandoz and Marc Dubied were beginning to dominate the European skate scene and competition circuit with impeccable transition skills, and the Swiss icon Toto Ghali was working on a new skate brand, Out, with French legend, Kato. As many will know, Out skates eventually led to Remedyz and Remz under the watchful eye of Kato. Toto still skates vert better than many of us dream of, and he has become more widely known again in the quad skate world thanks to his Ghali plates, rollerskate trucks with grind plates between the front and rear trucks. 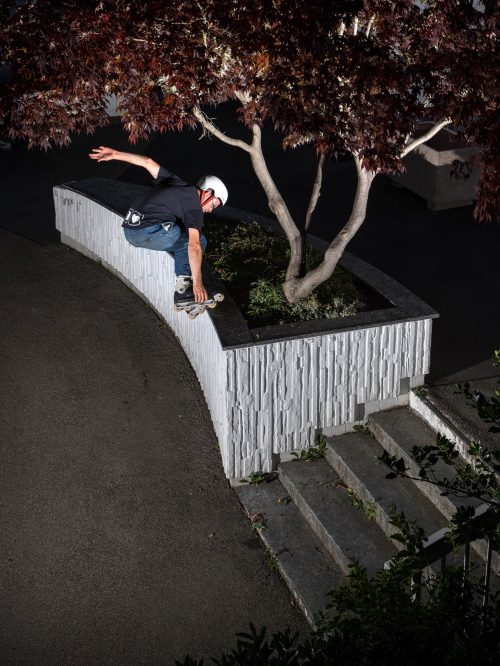 The new millennium brought with it a new wave of Swiss bladers, with videos such as the Clip series and several Be-Mag releases providing opportunities for the Swiss scene to shine. Razors sponsored riders Jona Messerli and Sandro Brun, and Xsjado’s Nicolas Schopfer began making names for themselves by featuring in team videos, edits and magazines regularly. Reto Bürgin and Yves Maurer were skaters I had enjoyed watching in those videos many years ago that have continued to skate at very high level to this day. Reto still skates with an effortless style that reflects the many years he has been perfecting tricks, and Yves has been leading the people back to the streets of Zürich with his astounding knowledge of street spots and motivation to hit them.

In recent years, several bladers including Till Zimmer, Jan Fehlmann, Adrian Deck have been picking up sponsors and representing their country by competing in big contests and street comps throughout Europe. Their skating is filled with so much style, speed and focus, they can make a casual midweek session feel like your spectating an X-games final. Any fan of hard hitting stunts and big hammers will have heard the name Beat Schillmeier. His Chosen Few profile and 2014 VOD highlight his ability to skate like he is continuously filming for a 4×4 production. There are so many bladers that have had, or are having an impact on the scene; Claudio Antonelli, for his expert 3D modeling and cinematic skills featured in many skate videos and edits; Clark Zeller, for his motivational attitude and incredibly smooth style; Claudio Bohli, for his annual skate video releases; Daniel Michel and Tobias Leonhardt, who often appear to have a monopoly on the old school skate memorabilia market, are just a few from a long list. 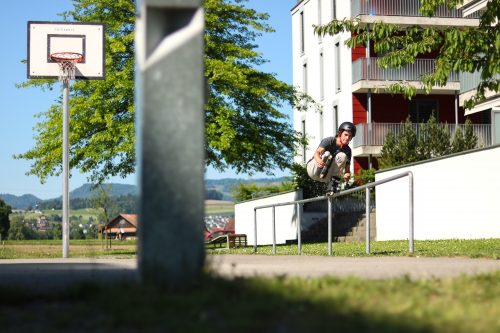 The colder months of year provide little opportunity for us to scour the streets of Zürich in search of ledges and obstacles. Luckily the indoor Rolling Rock skatepark or newly built Skillspark provide a weekly meeting point for a large group of bladers from all over the Swiss German speaking regions. In the west of Switzerland, the French speaking skaters and crews such as Asphalt Blading and Ca Rool are keeping the scene very much alive and putting out regular content. Annual events such as The Raclette Jam at the blader-run Loud Minority skatepark, the St.Gallen Street Contest, and the legendary Lausanne contest continue to keep bladers from all over Switzerland and surrounding countries connected.

For the recreational and fitness skaters there are fortnightly skate nights in the spring and summer months, in which up to 800 people turn up to enjoy the quiet, smooth and cordoned off streets of Zürich. On clear days you will find several inline skaters of all ages racking up kilometres around the lakes, and local sports stores usually carry a good range of inline skates for beginners and intermediates. 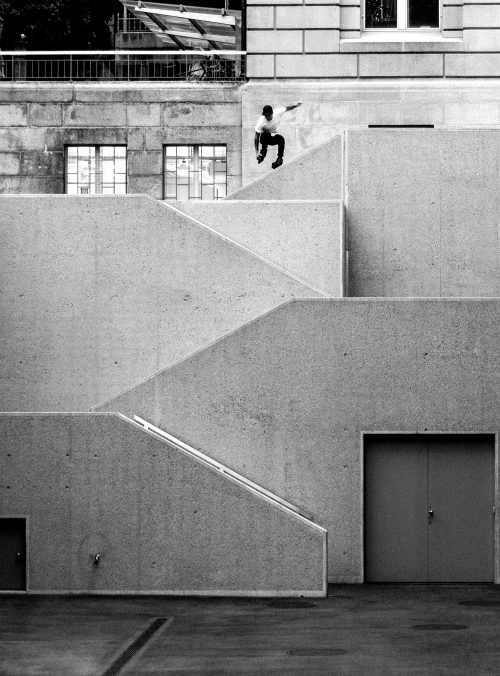 From what I have seen, Switzerland is home to a solid community of dedicated bladers. There is a large group of skaters from all skill levels, from those with decades of skating behind them to those who are only months into the sport, all talking through group chats and meeting to skate. There are far too many skilled bladers and supportive people to mention here, but settling into Swiss life has been a humbling experience because of them all. The shared passion we have for rollerblading has led to the formation of good friendships, and it has been a pleasure to pick up a camera over the last nine months to document the great skating in Switzerland, and the people that have been so openly welcoming. So to any others out there contemplating a big move, remember there is a worldwide community of like-minded individuals out there ready to make you feel at home, and most of all, to blade with you. — Dean Bradley