Once upon a time there was a thriving, multi-event competition circuit for rollerblading that had television exposure, corporate sponsorships, and prize money that could capture the attention of aspiring young action sports athletes everywhere. During those heady days a young man, “alone on a ramp in the middle of the Pacific Ocean” as he puts it today, found himself dreaming of the sorts of opportunities that must exist for famous rock star athletes that get featured on TV, so Thumper Nagasako threw himself into blading and being the best at it that he could. Now, many years later, the blade accomplishments are behind him but this veteran roller has tricks up his sleeves, a new edit to show off, and a story yet to tell. As long time fans, we saw a chance to educate a new generation on a true blade talent that has found a way to apply the lessons he learned on skates to a lifestyle and career that is all his own. Gentlemen, ladies… this is the focused life of Thumper Nagasako.

Hey Thumper, so glad that everything is going well for you in work and life. That’s great! Why don’t we start with the basics: name, age, and where you live.
My name is Jordan Thumper Nagasako, I’m 35 years old and I live on Maui, Hawaii. 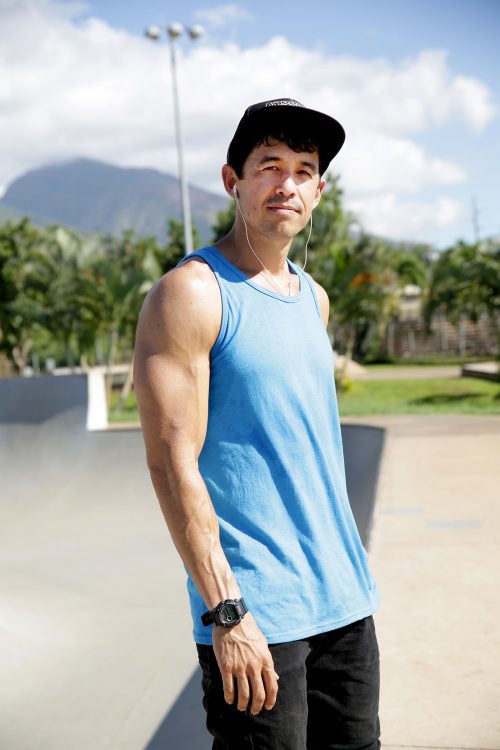 How long have you lived in Hawaii?
I’ve lived on Maui most of my life. I spent a couple of years on Oahu and almost five years in Pennsylvania near Woodward Camp.

What took you out there to Pennsylvania?
Growing up on Maui, I spent most of my vert career practicing alone. A few years after turning pro, I got to the point where I knew I had to leave Hawaii to be able to train with other pros. So in 2008 I moved to Woodward Camp to be able to train there year round.

How long have you been a blader, and what inspired you to start?
Back in about 1994, I saw a demo of bladers going off a launch ramp doing basic tricks; I had never seen anything like it! From that moment on, rollerblading had me hooked.

You used to compete a lot, right? What are your most memorable contest moments or achievements?
My first year pro definitely had its intimidating and overwhelming times. But I was also so thrilled just to skate alongside the pros I looked up to since I was a kid. My rookie year, I competed in all the major contests — X-Games, Gravity Games, ASAs and the World Championships. I finished that year ranked #1 in America and #4 in the world on vert! 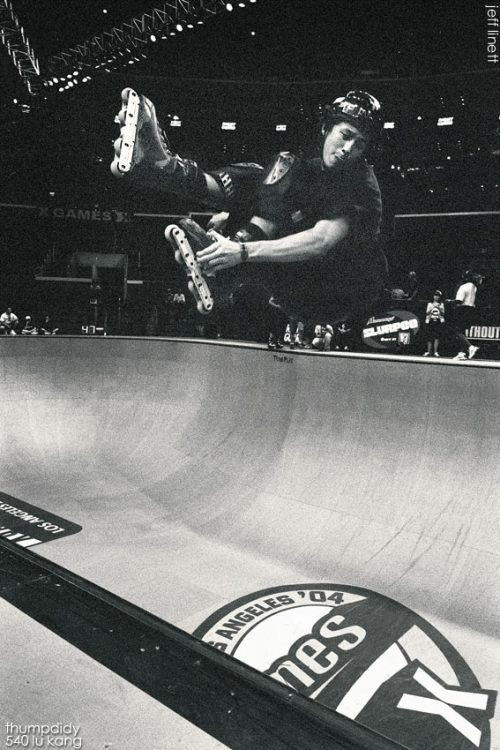 When you were super active in the scene, what role did blading play in your life? How would you compare that with today?
In 2003 my first year pro, we had X-Games and many other huge cash prize contests, TV exposure and demos. Every year following that I could see a significant falling off of the sport, with fewer contests and less money. I’m thankful I got to be a part of it when it was really big, though I wish it didn’t slow down right when I was coming into my prime. I should mention vert has been my main competitive focus, but I’d compete in park and street as well. I’ve always appreciated the bladers that could skate everything.

In 2005, in an effort to push the vert scene and unite all of the vert skaters spread over the globe, I made a website and message board called Highrollaz. In 2007 I printed shirts that said, “Support Rollerblading” and most of us pros wore them in one of the last World Championships. Then in 2010 I released and distributed the DVD “Highrollaz Vert Rollerblading.”

Despite less mainstream exposure now, I feel things are moving in a great direction for the sport. It’s inspiring to see incredible new and old pros shredding, powerblading and all the international FISE contests. 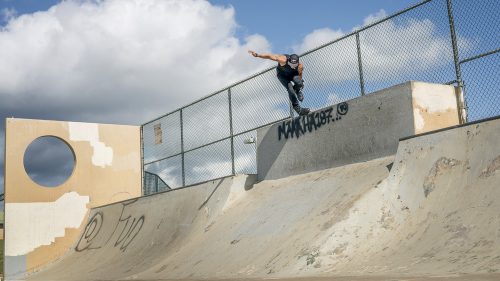 How have you dealt with the aging process, as both a skater and just a dude that’s trying to get the most out of life?
I felt my body start to go downward after a really bad fall at Bittercold in 2011 where I dislocated my arm in my heat, and in many ways that marked the beginning of the end. Inevitably everyone gets to a point where you know that you won’t be as good as you used to be. My body is pretty beat up and the functioning definitely isn’t what it was, but thankfully I do take care of myself by eating really healthy, stretching and working out so I still have an active lifestyle. Fitness and nutrition have always been interests of mine so that’s where I get to challenge and progress myself now.

Are there ways that your blade life have impacted your real life? Want to talk about what you do for a living these days?
Because of traveling for contests I saw a lot more of the world than I would have otherwise. Also, since I was a kid, I have always loved making skate edits. I turned that joy into a video studio called Hi Focused, and I was awarded best wedding cinematographer in Hawaii. I am really thankful that skating got me into my career as a videographer.

Would any of that have happened without your blading experiences?
It’s so much of who I am that I can’t image life without it. From my friends, to work, business, and fitness, it’s influenced me. My path has been so unique that my life would be completely different if I would have put that energy into something else. 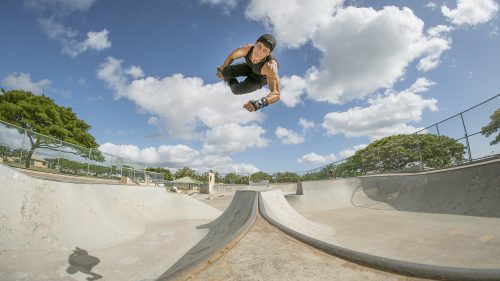 What’s the scene like in HI and how often do you get to roll?
On Maui there was a solid scene back in the ’90s. Then everyone quit and since around 2003 onward it’s been pretty much just me. I still blade lightly a couple times a week. The scene on Oahu is really good. I rent an apartment there and try to be there as much as I can so I’m around a blading community. There’s a lot of solid rippers who have been skating 20+ years. Akari Ihara has an annual blade jam and Franco Chammayo has been living there for about four years so there’s a good scene.

Anything specific we should know about this edit you just made? How long did you work on it?
It was one of the most challenging blade edits I’ve done. It was shot over about five years, but a lot of it was shot in the last year. It was really hard to find consistent filmers and anyone to skate with. I also had to fit in filming between my work schedule and injuries. So when it all lined up, I had to step up to the trick because I didn’t know when I’d have the chance again. Even though I’m not completely satisfied with my skating in this edit, I don’t want to wait any longer to be done with it. I will always blade, but completing this edit was my last unfinished project in rollerblading. 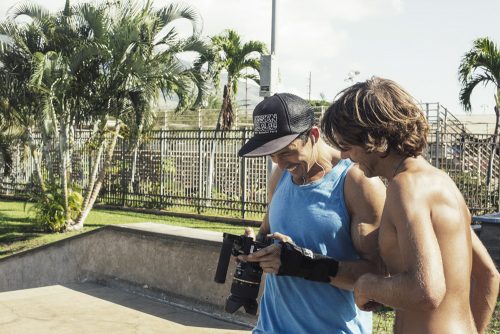 After all these years on skates, do you have any advice for the next generation?
Rollerblading is moving in a great direction and I think it would be good if we all remember that rollerblading is a small tight-knit community. Support skater-owned companies and your fellow blader. The more unified rollerblading becomes with all aspects from vert, park, street or just cruising around, the stronger we are as a whole.

Any thanks or shout outs?
A big thank you to ONE for this opportunity to be featured here — it really means a lot! And a shout-out to all the people that helped film my edit. It was definitely a group effort! Lastly, I’d like to give a big thank you to rollerblading. I’m thankful that I had the opportunity to pursue my passion for so many years. I gave it my all and went far beyond where I thought I would as a kid rollerblading alone on a ramp in the middle of the Pacific Ocean. It’s been a rollercoaster ride of heavy disappointments and life-long injuries, but also the best memories and most rewarding experiences I’ve ever had in my life and I wouldn’t be the person I am today without it. So thank you rollerblading for the amazing journey… I am forever grateful.