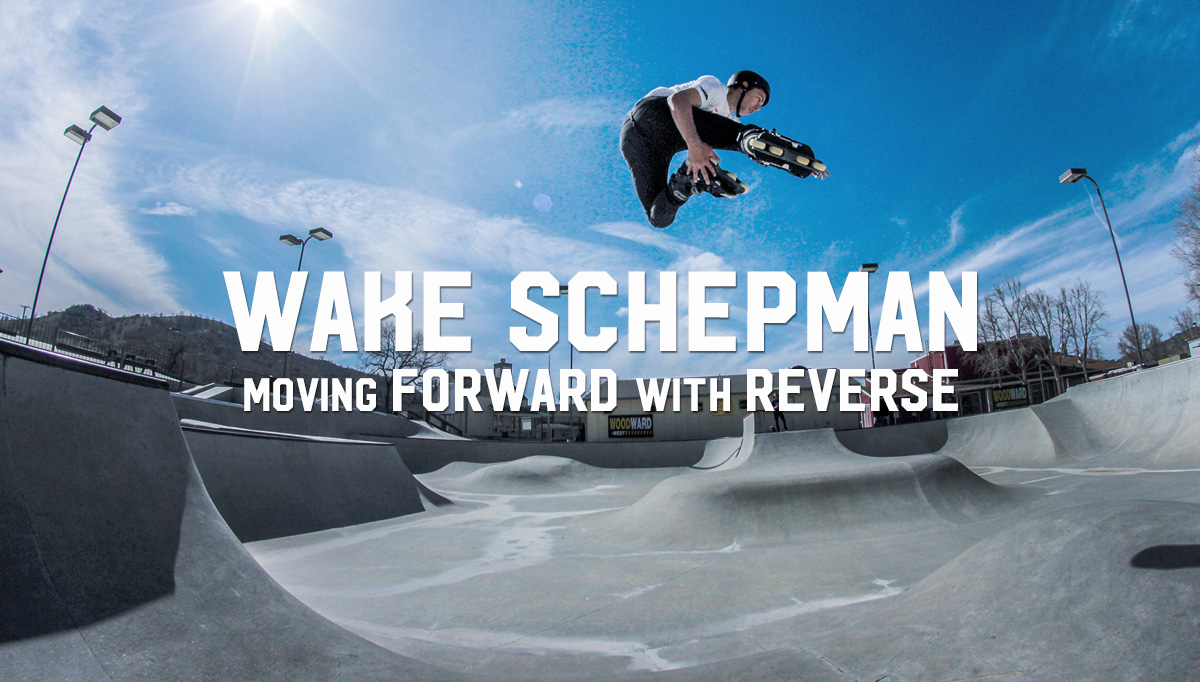 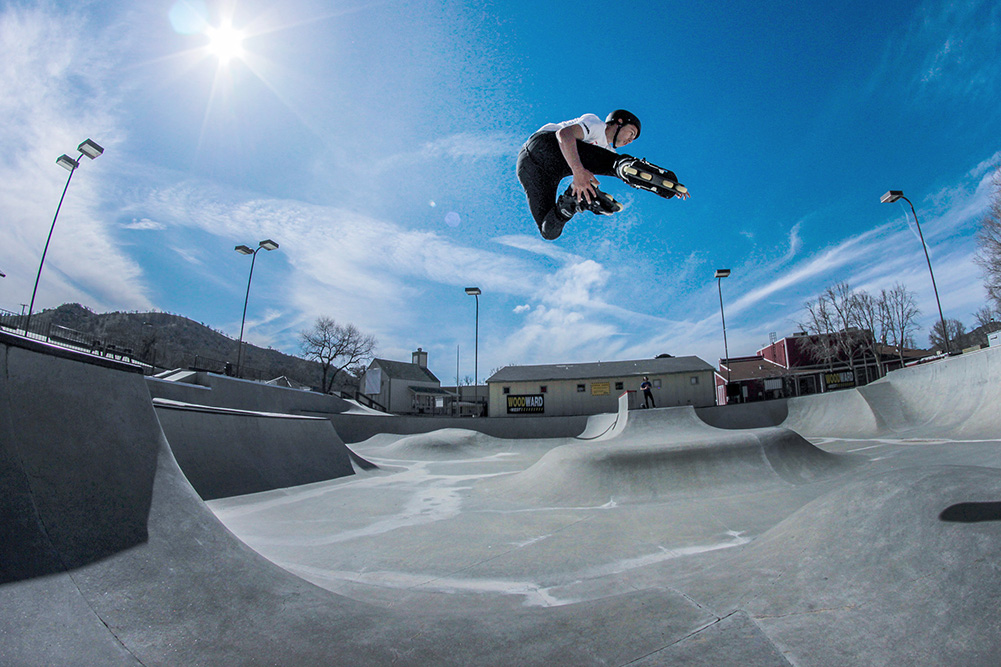 Wake Schepman is living the dream. He lives in California at Woodward West. He earns his salary by performing as part of Travis Pastrana’s Nitro Circus. And did we mention that he has a new sponsor? Well he does. Wake recently (and very professionally) left team USD in exchange for new opportunities on a brand new, well… brand. And that is Reverse Sports, the long-rumored, now-real, brand-new skate offering out of Los Angeles. We were curious how that pairing came about and how the change was treating the guy, so Wake paired up with Miguel Ramos to shoot these photos and help explain to us all how it went down. Here’s the story!

Hey Wake, so you’re living at Woodward West now, eh? Guessing that has something to do with a certain Mega Ramp set up?
That’s right… and just a little bit, haha. Before moving to WWW I had never actually been on a Mega Ramp before, just Nitro’s Giganta Ramp, which is a bit different.

What’s it like relocating from WWE to WWW? You digging the change in atmosphere and terrain?
Well, my family and I actually moved down to Florida about three years ago to be closer to the rest of our family, but before moving I was definitely traveling up to Woodward East quite a bit. And yeah, I enjoy the new atmosphere and the different parks Woodward West has to offer. Also, if you don’t want to ride Woodward anymore, you can just drive a few hours and be at some other great SoCal parks, which definitely isn’t an option over at Woodward East. The best part is just being in Cali, with the best skating weather all year round.

More noticeable, you’ve also changed up the blades on your feet — how did you end up on Reverse skates?
I have made the change to Reverse Skates recently and I am enjoying it. One of the owners of Reverse reached out to me recently to let me try some skates, so I took him up on the offer. I beat them up the best that I could, skating every day and on everything I could. Not only did they hold up well to my type of skating, but were very comfortable too. 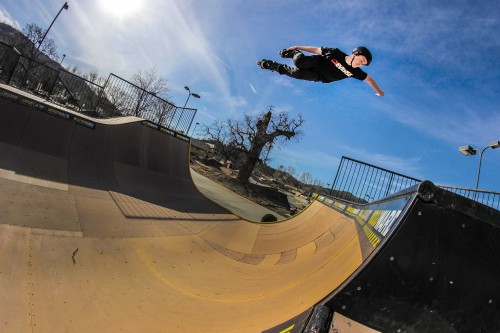 What performance characteristics do they have — do they behave differently than more traditional blades?
My favorite performance characteristics of them are most definitely how comfortable and convenient they are when skating. They have a high cuff support and Flow’s Core Technology, which means they are able to distribute weight like one of Flow’s bindings. Plus they are lightweight and feel good on my feet! The only thing that is weird to get used to is the one strap on the toe of the skate. The reason for this comes from Flow’s design philosophy that most of your power/pressure comes from your big toe. That may be so, but I still notice a little toe lift, but that will soon be changing with the RX.2 model (in final development/production).

If you get some Reverse skates on what should a first-time user expect?
A very comfortable, fun, and supportive skate. You may look at it and be confused, but it is very easy to use and is progressing the skate industry as a whole.

People were asking you about your set up, mostly about the soul plates because the skates don’t have any. Have you made any modifications?
My set up is the RX.1 binding, Create Originals frame, and Eulogy wheels. I have not modified the RX.1 skates. I am skating great and can do all of the same tricks I had with my previous skates. In fact there is a soul plate, but it’s the binding itself — a baseplate in snowboard binding terms. We call it a soul plate. It slides well. I guess it’s a little weird not having a backslide groove, but it breaks right in so that you don’t even notice.

Why be part of a team and brand that is untested in the market?
To be honest, I wouldn’t join or be part of a group or team that I didn’t believe could build and grow the skating industry as a whole. The Reverse team has many things going for them as a company, and I want to contribute as much as I can with this revolutionary skate. 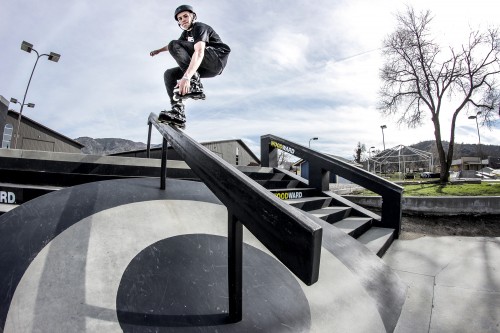 Have you already used these skates on the mega ramp? How was that?
I have had about three solid sessions with the same pair of RX.1 skates and they killed it each and every time. Falls definitely tear clothes, buckles, and skin over time though. That is just the beauty of the Mega Ramp.

As we mentioned before, it seems like you’re staying at WWW to skate the mega, which is probably part of practicing for the upcoming Nitro Games. Are we on to anything there?
Well, as much as I enjoy the Mega Ramp, it is completely different from the Nitro Circus Giganta Ramp. I do like to ride it since it is one of the fastest ramps in the world to skate, which definitely keeps me ready whenever I have to ride the Giganta ramp next. I spend quite a bit of time preparing for the tour and the Nitro Games in the foam pit actually, forming and dialing in tricks to throw on Nitro’s ramp. 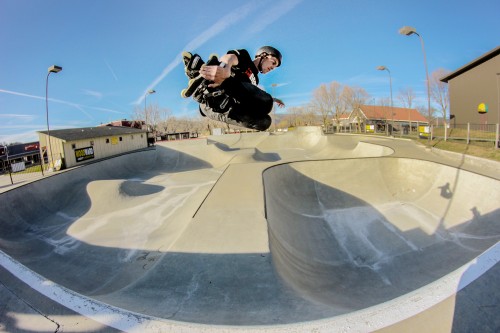 What do you know about the Games — who’s going, what tricks might be on the table, what the format will be like — that you can maybe share with us today?
I know the Nitro World Games will be happening on July 16th. I have heard there is a list, but I am unsure of who is on it. I haven’t heard any official layout of the contest or judging, but I plan on just being at the contest and throwing down a few tricks.

When do you get back out on Nitro tours?
I begin touring with Nitro Circus starting in April on the North American tour, and then traveling to the UK and France until Nitro Games happens in July. 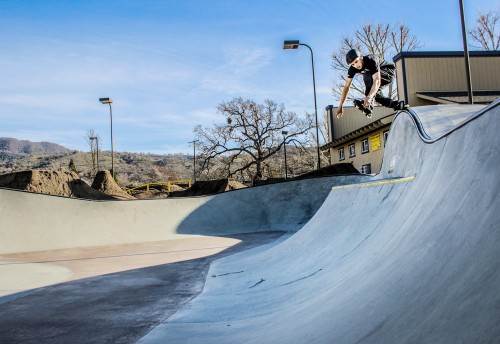 Well thanks, Wake — good luck with everything and enjoy the new opportunities.
Thank you very much, ONE! I hope to skate with you guys soon!