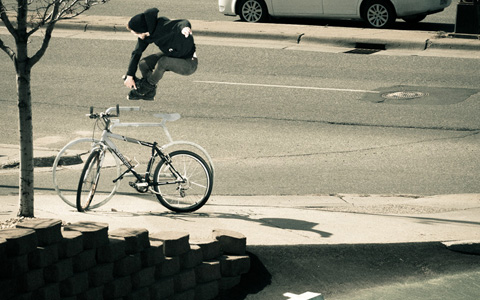 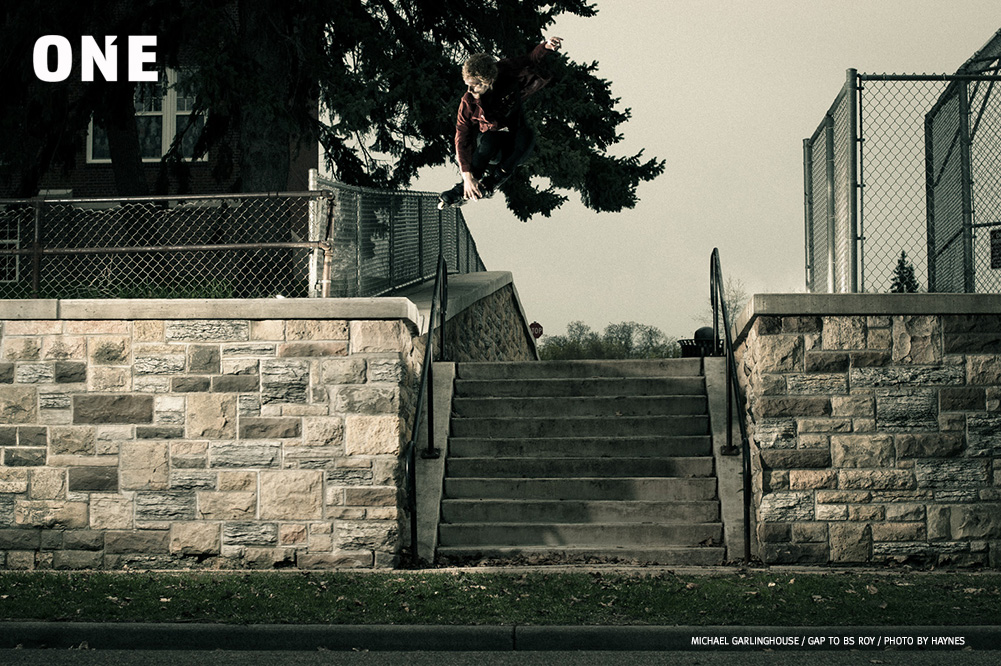 What’s Next for Michael Garlinghouse

When you read this post on Wednesday, somewhere in Minneapolis, Michael Garlinghouse will be taking his last exam at college. Go, Mike, go! What better time to catch up with a blader we’ve watched grow up within the pages of ONE — and who has a feature profile in the current print issue — than on the eve of major life change. So here’s some thoughts from Mike along with a couple pics that didn’t make the issue, courtesy of John Haynes.

Michael, man so the issue is finally out — what’s going on? Are you overseas yet teaching English?
Naw, still in Minnesota, we won’t be going abroad until the fall.

Oh yeah, so what are you doing?
Finally wrapping up my final semester at the University of Minnesota, 6 years in the making. Really ready to be done.

As the lone wolf blader that’s probably had the most random pics in ONE, what was it like to set out and work on a feature with your two buddies, John Haynes and Kevin Yee?
It was a great experience. John and Kevin have been good friends for awhile, so it was fun to collaborate with them. It was nice to have the time and opportunity to piece together my vision for it. 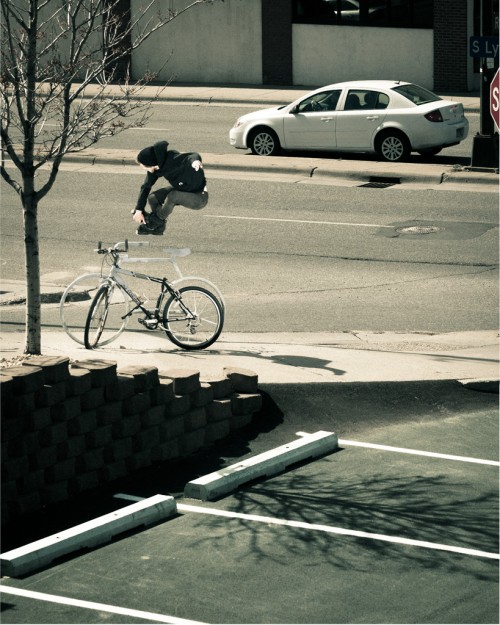 As many know, Kevin is a blade mind like no other. And the result is the most in-depth ONE profile probably ever. Were there any special challenges in conveying the message you wanted to see in print while working with him?
There weren’t any challenges per se, but it was challenging. We had some solid conversations, then edited the text over and over until we thought it had the right flow and feel.

In your profile there’s talk of you focusing on vert blading and just rolling for you; how is that going? Is that still your agenda?
It’s finally nice enough in Minnesota to skate outside again. So vert season has begun. The local vert ramp is only open on the weekends until June, so I’ll be skating it Saturdays and Sundays for awhile. Been learning some new deals, it’s been a blast.

Whether this stays in for publishing or not I’ll say it here, I was bummed to only see one clip of you in the Xsjado video. But looking back, you pretty much alluded to that in your #20 deal. Anything you want to say about that?
Yeah, it would have been cool to play a bigger role in the video, but it just didn’t happen. Most of it was filmed in California, so it was tough to get deals for it. Every time I have been in California the last couple years I have been filming with AJ, and couldn’t make a special trip out there to film for it with school being so intense.

How bummed out were you that #20 and your “16 Dreams” profile didn’t come out closer together? (P.S. Sorry man!!!)
Eh, not a big deal. In a perfect world they would have coincided better, but it’s chill. Everything has a place and time.

There’s probably been another snow storm in the past 24 hours to dump even more winter on MN, but what’s your plan once spring/summer show up? No tour this year, huh?
Got a busy summer it looks like. Tony Cheetah from Barcelona is coming to stay with me for awhile. I’m going to London, Berlin, and Copenhagen with my girlfriend. Trying to plan a trip to Denver with her also. Standard trips to KCMO. Then leaving the country in the fall.

Okay man we’ll let you off the hook — anyone you want to throw some shine or anything else you want to share?
Thanks again for the opportunity, Justin.

Well thanks again, Mike. We’ve big fans and look forward to watching you blading for years and years to come.

Read and see more from Michael Garlinghouse in ONE #20 — in stores now! 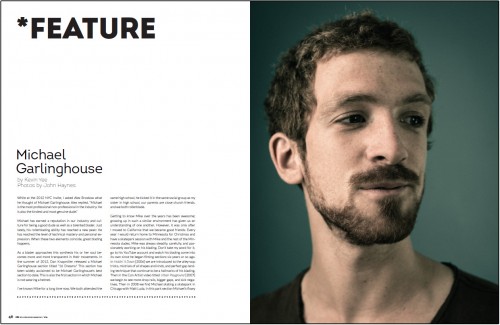