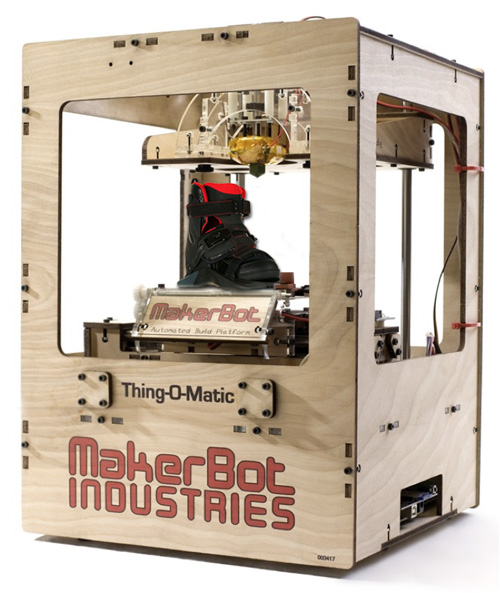 Back in September of 1999 I sat at a table at the head of the first (and only?) ever Daily Bread International Conference at ASR as a representative of retail/manufacturing relations. I guess that seven years of retail experience and a good relationship with a DB employee was worth something to someone. So while sat with Mike Wilson and Jess Dyrenforth and others who I can’t remember, I shared a theory I’ve held for more than 12 years and that has now come to pass: “Local” shops can’t afford to be good inline shops because the inventory costs too much.

Back then I guess it was hard for people entrenched in the industry to believe it, but from my Ohio-bred perspective it was already a reality, just as it is now. Online retailers prosper under the system of bulk pricing and quantity discounts (or at least they did at one time) while the local shops struggle to keep up. Far from crying wolf and offering no alternative or solution, I presented an alternative idea: move the market away from complete skates and instead into a more specific/modification-friendly direction. The example I gave then is the same today. With a few thousand dollars you can stock a display case and open a skateboard shop. For a blade shop, that doesn’t get you a size-run of skates. How can one possibly compete?

Though over the years many people have heard my story and even recognized the conundrum, nothing has changed. At that same conference UFS was heavily pushed by Mike Wilson/Salomon and came to be. It seemed like we were moving in the right direction. But then it stalled out… the next closest progression being the advent of Xsjado. With their adjust-to-size design these skates, from a retailers perspective, could have been the magic bullet. But old methods are hard to ignore, and the practice of boxing and packing in sizes with footwraps and selling as complete skates persisted. Xsjado was different, but it was working the same. But the framework is there, and thanks to JC Rowe and his work on EverythingXsjado.com, the customization and piecemeal approach to the Xsjado blades seems to be back on people’s minds. And that’s good for rollerblading.

It’s good because if you’re like us, you’re used to getting as much as you can out of as little as you can. Pretty much any skater’s way of life. And by now you may be asking yourself “What the hell is a RollerMaker?” and I can’t fault you. Let’s start with what a Maker is. You change things in your environment to suit YOUR purposes. If you’ve done a single mod to your blades, you are already a Maker. McGuyvered yourself a tool or rigged a skate spot? That’s what we thought. So, being a rollerblader, we’ve now christened you a RollerMaker.

These ain’t pretty but they did the trick.

Many of us are familiar with the history of blade “hacks” and the innovation they have brought the sport. Anti-rocker wheels. Grind plates. CDS heel plates. Power straps. Soul plates. Many adventurous individuals have gone on to build fully customized one-of-a-kind frankenblades. I did. (Skinless Valos on Nimh plates.) They skate great. And call it individualism or vanity or whatever, but I like having things that are different from other people’s things. I told that to Andy Wegener once too, on a boat in Lake Havasu. I explained that bladers skate together in crews and, at least back in 1999-2000, you didn’t want to have the same setup as your homies. So I explained that blading needed sub-brands and non-Razors branded stuff (think GC and Jug and Reign) so that kids could set their stuff up to be different from their friends. There was no “best skate” in blading that everyone would wear just because it was the best. And this was a way for a manufacturer to combat that while protecting market share. Senate knew this long before anyone and had 976 and SCR and Color Theory and Grand, and so on. Of course things were different fourteen years ago.

“Making” can be as simple as swapping parts to suit your needs.

Interestingly, in 2011 with most of the local shops from 2000 long gone and not replaced, the common thinking in blading seems to be that the system is broken — on the end users’ side. The “problem” with rollerblading is claimed to be sales. Not enough sales. Not enough people buying skates and clothes and hardware to allow the manufacturers to sustain their businesses. And sure, from the old paradigm that’s true. But outside of rollerblading there have been leaps and bounds made in R&D, materials sourcing, and small-batch manufacturing. By ignoring these advancements we as bladers are denying our very heritage: we are innovators. We challenge norms. We destroy to create. We are Makers. There is a broken system in rollerblading that is negatively impacting our community, and it starts with the manufacturers.

Birthplace to a lot of blades.

The manufacturers in rollerblading operate much as manufacturers in other industries, albeit with tighter production runs. So things cost more. And take longer to pay off. And so a system is in place that is essentially static. It will not change itself, and is not built to. Sure, in 2008 when the market crashed minimum order quantities were lowered, and suddenly you could order 500 pairs of a “custom label” skinned boot. This was a benefit to blading, and you may be skating on the product of these deals. But realistically, meeting the blade market demand takes the most modest level of industrial wherewithal. 5,000 pairs of skates (a number we pulled out of our asses) is a drop in the bucket at a factory where they make thousands of any particular thing every day. Where is the incentive for innovation at the industrial level?

These aren’t my “Vimhs,” but the steps are the same.

What if instead of wishing that your blade manufacturer made their soul plate or buckle protector or backslide plate differently you just did it yourself? While there’s already people out there doing this, it’s getting easier and more technically compelling every day. Take 3D printing for example. Or this service that converts your doodles into Cad-Cam renderings for $80 a pop. Or this 3D printer that lets you print parts to build another 3D printer! Seriously, we’ve entered into a sci-fi world and this guy who twelve years ago said the system needed to change sees a light at the end of the tunnel. Perhaps we are reaching the end of the cycle where mass producers ruled the retail landscape with their minimum order and production numbers, forever fixed in a pricing cycle that makes it hard to thrive in a niche community like ours.

You thought blading was a niche market?

With luck, in a few months or years, blade entrepreneurs around the world will have braved this bold new world of manufacturing freedom and offer us all new solutions for our blade lives. And then maybe we’ll see more of those local shops resurface, this time as custom-fit and materials selection, community-building hubs, unburdened with the crippling overhead of stocking complete inline skates. — JE

Read another take on the RollerMaker phenomenon here.

oh my God, this is so releavent to the direction I’m heading to for college. I’m either going to major in mechanical engieneering to make rollerblades or business admins to start my own blade shop.s The rollerblading industry needs more companies and shops before corporate buys in. Thank you ONE, it’s all love baby!