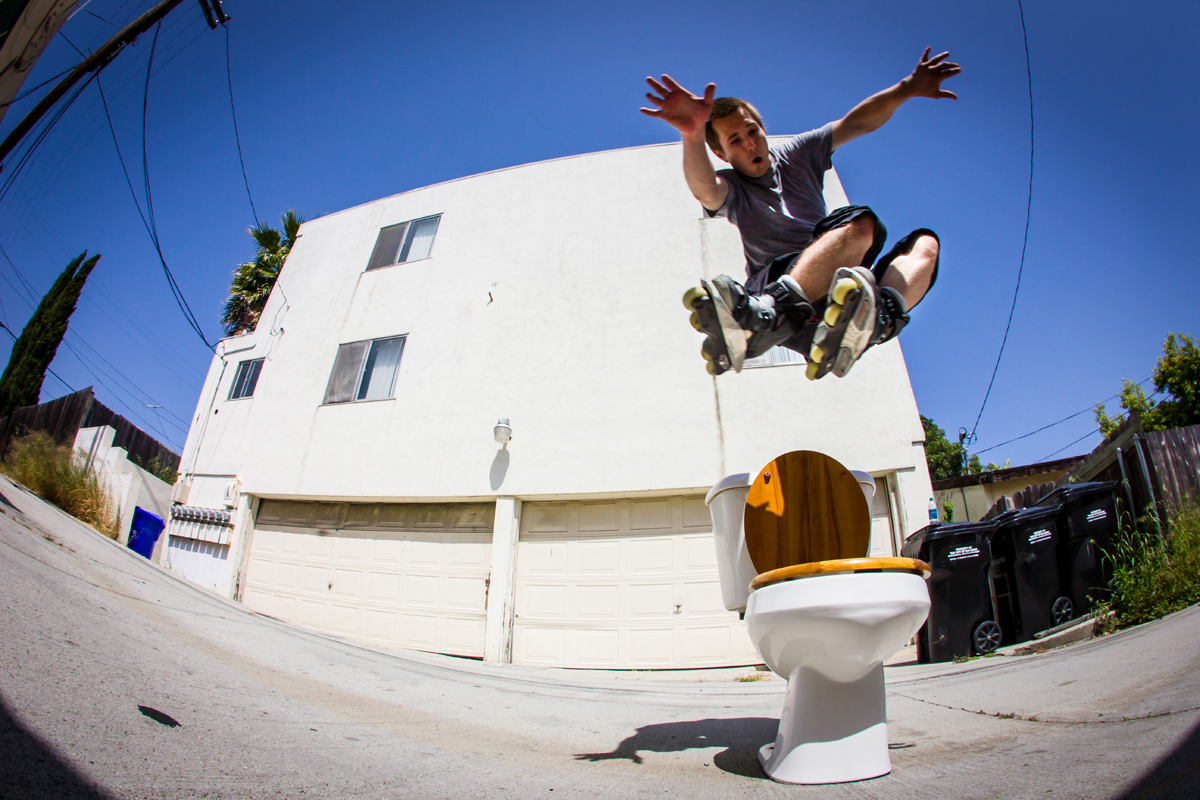 Caught me a fish… 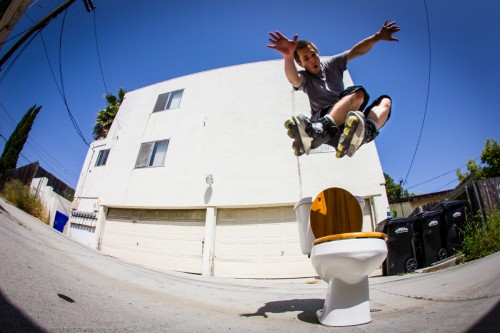 …eye lens that is. Just came in the mail this past Friday, in fact. To celebrate the arrival of my new stubby little buddy, Matt Lewis, Rocco and I took to the streets of Snorthpark, San Diego, to blade some spots we’ve had our eye on for a bit. With what felt like a near-death hangover, I melted out onto the street to break in the new lens and document the sesh.

Matt Lewis, Editor and Chief of SD-based The Radvocate put on his best ‘Halleran’ face and went to work. We found this toilet just hanging in an alley outside one of our local grocery spots. We quickly put it to use, placing it part way down the hill bomb. We came away with this sweet little tweaker shown above. A quick stop for water and a touch of caffeine, and the crew was on its way to the next spot. 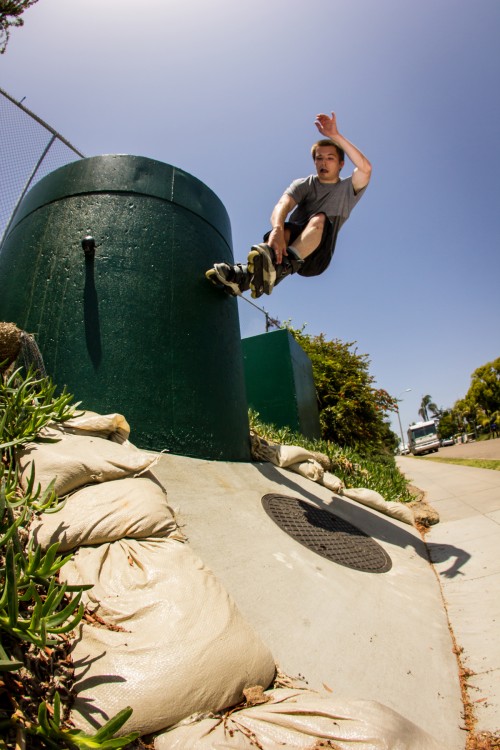 This beauty, a recent addition to the neighborhood, has been asking for some serious blade nourishment for the past few weeks. Matt delivers with a healthy dose of urethane to the side of the street-side green bean. There are still a few deals that can be done at this spot, I wouldn’t be surprised if you see more of it in the future.

So now it feels like I’m getting a good collection of camera gear together. Really looking forward to what I’ll be able to produce in the coming months as I learn more about lighting and post production. Hope you guys enjoy what you’ve seen so far.

Getting there.. Make sure that focus is on point for fisheye shots! And your shutter seems a slight but off.. But the composition is great!

Thanks Sam! I appreciate the critique! Learning a lil bit every day.

it served as instant hangover relief immediately following this pull.

matty is budzing snorth park with the ill shifty air… if only I could get a beer for under $8.00 at whistlestop?