Some of you know Leon Humphries, some of you don’t. For those that don’t I am here to officially introduce you to the one and only Mr. Humphries. Leon has dropped a Pro Wheel this year. Representing X-mini, BHC Wheels, Shima Skate Manufacturing, Loco Skates Shop and Create Originals Frames. He’s gone through a lot of over his years skating. Through them he’s been forced into taking unwanted but necessary breaks for healing and to reboot in order to keep on trucking. Leon has been skating for a long time and if we’re lucky he will be able to continue skating for years to come. Leon’s story is one of dedication and his skating speaks for it’s self. 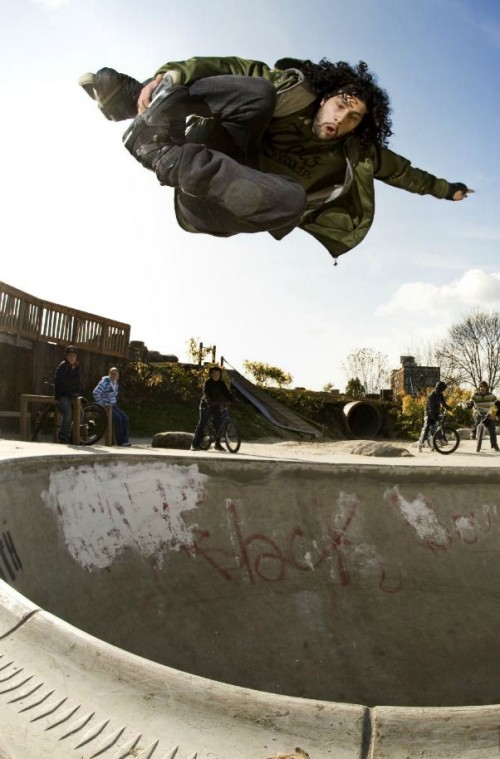 Leon Humphries: 56MM 89A — Known as the ‘Crow’ by the British transport Police, there is no containing London’s most wanted. We are proud to be affiliated the capitals finest and one of the all time English greats. Improved clear urethane, featuring a reinforced black core. The extra thick core helps to eliminate core stretching while providing one of the fastest rolls in the game. —BHC

Check out this image below. You see what looks like someone resorting to shoestrings, shoes and filled out frames to get their groove on. That is dedication. I’m not sure the story behind the image, but on the surface it says ‘you don’t always need the regular tools to get the job done.’ Below the image Colin Kelso gives up some thoughts on how he responded to the image. 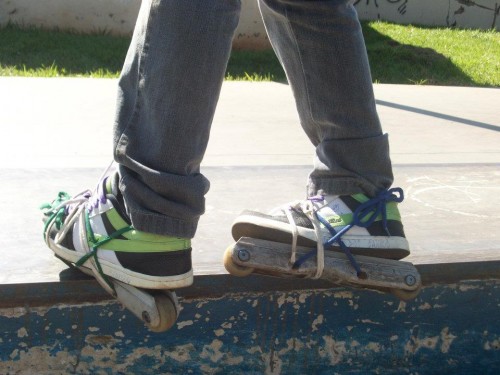 “Variadas” via FB, by: Pontail Inline 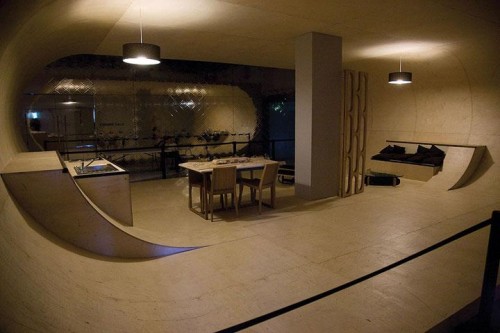 Once in a while, in life, you can come across an image where your jaw drops for all the right reasons… not a sunset… not a smiling loved one… but, a mini ramp integrated into what looks like a small kitchen… complimented by a contemporary minimal design featuring multiple curves.

Below we have Gary Murphy.

As Aarin Gates put it “the sttteeeeeezzzz!!! DANG!”

‘Rumor’ has it that in 2011 a group of skaters were held down and then forced to grow mutiple mustaches to participate in what became a planned Arizona Adventure… or something like that. Here you can see Gary rocks his mustache with little to no effort at all. Reggie Warlock would be proud.

The following is a painting created by Adam Davies in 2011 for Kate Egan: 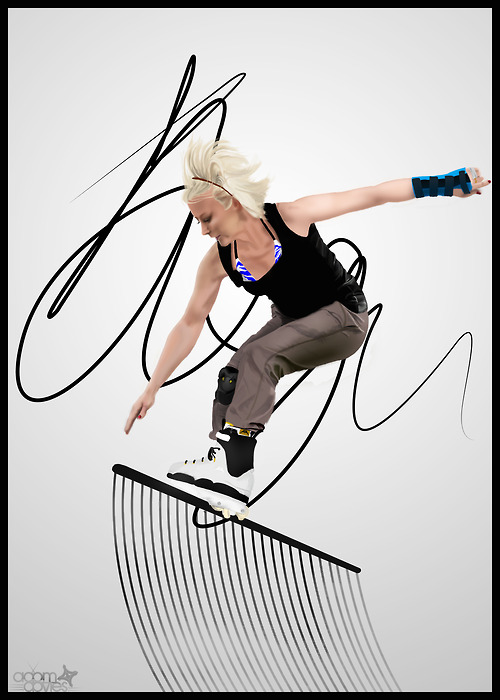 “I painted this piece back in 2011 for Kate Egan. It took me around 10-15 hours. If you would like something similar for yourself or your business feel free to give me a email! ad.w.davies@gmail.com”

And then there’s B Love:

B Love in full effect! Clearly knows what time it is. But he was a tad early… It’s not Gwen Stefani time yet… It’s Jodeci time… That’s right Brent and Amanda. (It’s about to get funky so you may want to just skip to next time and call off reading the remainder of all this…) The way I have set the following up is that in order to read the next section — what maybe seen as drivel — you must in fact click play on the Jodeci video below or your computer may self destruct. More than one of you will place your hands on your hips and shake your finger while reading the following… you’ll convince yourself that I think I am smarter or better than you, while in fact you will be the farthest from the truth. The following is a free-write that was inspired by a particular ongoing episode of events. Please don’t waste your time demonizing me for being honest and open with some thoughts of mine. You’ve been warned.

“I was in the midwest going to college when “forever my lady” came out. B was new to the midwest so when I popped that cassette into my dorm room system. It drew crowds!” -B Love (on Jodeci)

I want to take a few minutes now to touch on time per say. A lot of people would agree there is a certain time and a certain place for… certain things. While at the same time, there’s the “time is always now” cliche. With that said, I think it’s easy to get caught up in our own personal mountains. Our own emotional deaths. We all experience these things but sometimes involving other people in it is just not fair or respectful. There’s a line that can get crossed quickly when we get hurt or hurt others. For some there is an importance of self vindication and telling our truths as we experience them. But perhaps when those stories or events begin to have an effect, maybe negative, on others that have nothing to do with what may have happened directly… occurs… at that point It could be time to scale back our emotions and to curate exactly what we are sharing. Is it fair to feel shit on? No. Is life fair? No. Is there any easy way to let go of something that you will really never let go of? Of course not, definitively.

But, at some point letting go and moving on could be best for everyone even if the individual must learn to overcome this mountain by themselves. Be it a divorce, a fight, a break up, whatever it maybe… sometimes holding on not only makes it impossible to move on but it drags others down with you as well as your self. It pits people against each other. People who care about you so much, they may automatically join your sorrow, pain and strife, I’m not saying that’s wrong or bad… that is natural. I’m not here to tell anyone how to feel or react. I’m trying to simply say… the effect we have on others maybe stronger than we might realize at times. We have a responsibility to not just respect our own feelings but to respect how those affect others.

Not controlling how we respond to our initial reactions and beginning to deal with our problems can be a can of worms that once opened is almost impossible to plug. Without a doubt I know adversity and strife are character builders. There’s always time. Until there isn’t time left. Don’t waste your time. I have and still do make plenty of mistakes and waste plenty of time in my life being hurt or feeling wronged, rightfully or not. That’s just the way the cookie crumbles for me, but at what point does holding a light to it become more detrimental than useful. At what point does it become selfish and begin to destroy a community in need.

For example, I’m bias to resolve perhaps because of never having family as I understood it “should be.” Sometimes I imagine what it would have been like if my Mother and Father mutually figured it out, so I could selfishly experience what it was like to have and interact with a balance rather than to learn how to deal with loss and confusion. It’s a double edged sword and I am thankful for the way it was and is 100%… still, I can’t help wondering… how things could be if they both, at the same time… sucked it up and came together… just as friends or not… came together… what effect that might have had on me — and in turn on others — before or even now. It’s a pipe dream but it’s something I don’t ignore. I share these thoughts because I think it’s only natural not to deal with things like this sometimes and if they can some how help even one person grows then that’s great.

At risk of being wordy and speaking on something I can never understand fully about someone else or a certain situation… I decide to slightly roll the dice with optimism, while masking to most the exact inspiration for this section of the blog. Nothings perfect… so why not reflect on things instead of putting my head in the sand completely while watching with a periscope.

If you made it this far then you are worthy of the following two thoughts from Dre Powell: 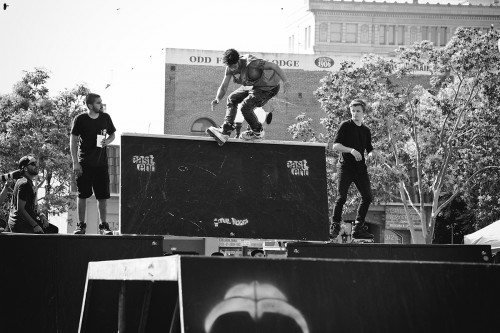 “Twenty years from now you will be more disappointed by the things that you didn’t do than by the ones you did do.” –- Mark Twain

“..fuck fame, fuck money, fuck anything anyone can take from me, it aint hard to make money, we young niggas out here trying to be legendary..” –- Wale Folarin

“Let the wheels beneath our feet bind us, and our common love for the sport unite us.” -– Jason Marshall