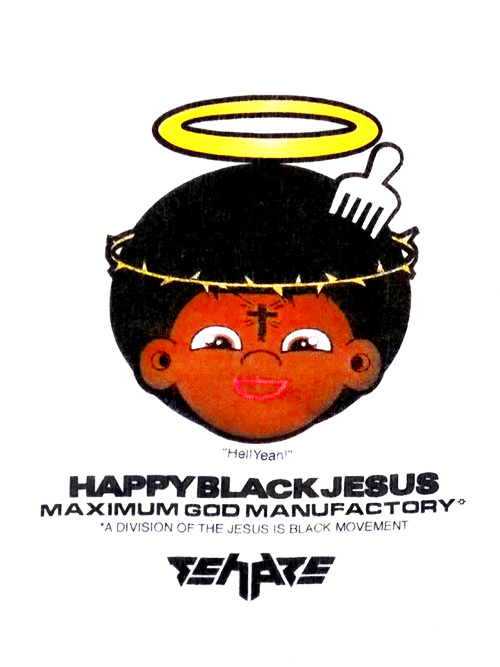 Does Rollerblading Really Need To Talk About God?

Last week ONEblademag got a huge surge of traffic to the site because of an article posing the question Does Rollerblading Need God? (Ed’s Note: The “Top 10 Reasons You Quit Rollerblading” got more traffic.) I read the words and instantly knew the answer. Not because I’m an atheist, but because, well, it’s a question that doesn’t need to be asked.

Let me step back for a moment. I was raised in a protestant family like most protestant families in that we rarely went to church and I was never baptized. Or at least it was that way in my earliest memories. My parents got divorced when I was five years old, and twice a week we began attending one of those mega-churches you see on TV. The reason was twofold: my mom needed a strong community structure to get her through one of the most difficult times of her life, and she also needed somewhere she could put my sisters and I while she spent three hours a week working through the fact that she was alone and scared and had three kids to take care of.

I remember being placed in some sort of youth program called The Promised Land, surrounded by hundreds of middle to upper-middle class kids, singing praise to the Lord Christ (“Our God Is An Awesome God” and the works of DC Talk still come into my head from time to time). At the time I thought it was strange that the other kids already knew the words to every song. In hindsight, I still know the words to most of the songs, so I must assume that their parents were either very devout or had divorced a little earlier than mine. I also remember being asked to pray and looking around at all the kids around me and thinking, “do you guys really believe this stuff?” Not that I was a particularly intelligent or insightful six-year old. I actually remember questioning the existence of God before questioning the existence of Santa Claus (in my defense there was some planted evidence to support the existence of the latter).

I’m not trying to hate on the church of my childhood, though I did eventually become an atheist (8th grade algebra class when a solution of zero spiraled into an intrapersonal dialogue on the nature of nothingness and the existential angst that would define my worldview for the rest of my life). Later, in my senior year of college, I recall watching an interview on 60 Minutes, or Dateline, or one of those newsmagazine shows, and they were interviewing the pastor of my old church. Forgive the horrible metaphor, but I was brought to tears as I thought for the first time in over a decade of the man who had created a community that had pulled my family through and out of hell. Granted, this was a man who became world famous for his charisma, who built the third largest church in America and who was chosen by President Bill Clinton as a spiritual advisor. It’s easy for me to be cynical about those facts, and about the unknown wealth that he acquired. But I’m not cynical. I’m thankful.

That story might be why I had such a bad taste in my mouth when I read the interview between Chris Duke and Dr. Lawrence M. Krauss, but honestly it didn’t really come into my mind until I sat down to write this. The truth is I have spent much of my adult life struggling with my lack of faith. I’ve devoted countless hours debating friends about the existence of God. I chose to study philosophy as a minor in school because of my love of metaphysics. I’ve read countless books and articles by The Four Horsemen of the New Atheist movement. Some of them were insightful and entertaining (Dennett and Hitchens) and others were disturbing and reactionary (Sam Harris).

I guess the thing that bothered me while reading that interview was that I saw so much of myself in it. There is a quote from Roger Ebert when he was discussing the decades he spent in Alcoholics Anonymous as an atheist: “I went to a few meetings of 4A (Atheists and Agnostics in A.A.), but they spent too much time talking about God.”

Why has God, a being that I do not believe in, dominated so much of my thinking for the last 20 years? Some might say that this is a sign that I am secretly a theist, and that I’m dealing with the burden of a life without God. That’s an interesting hypothesis. It’s also one I disagree with wholeheartedly. At this point, not only do I not believe in God, I couldn’t even choose to feign belief if I wanted to. My view that there is no God is now an afterthought. It is like my belief in gravity or my knowledge of the pain caused by flesh on concrete.

I think the real reason I’ve spent so much time thinking and talking about God is that I’ve been searching for validation. The majority of human beings who have ever walked this earth (or at least the ones who have walked it in the last 6,000 years) have believed in some sort of higher power. Who am I to question that? Is there something wrong with me, some internal mechanism that is broken, preventing me from recognizing what’s so plainly obvious to everyone around me?

After reading the interview a second time I wrote the following words to a friend in a discussion of what many have described as “evangelical” atheism:

I can understand it to an extent. When I was first coming to terms with my lack of belief I remember feeling like I didn’t know anyone who shared my worldview. That was a bit strange and so it was nice to find out that others agreed with me. And that kind of evolved into wanting MORE people to agree with me. And there are still times when I feel overwhelmed and annoyed by the general, predominantly Christian culture around me (especially when members of that culture act like victims of political correctness) and in those cases I still find some value in talking with likeminded people. And I can recognize points where I’ve certainly been guilty of being a militant atheist. But for the most part, I’ve come to a point where I’m just kinda like, “Well, I don’t think God exists. I’m hungry. Where do you want to eat?” Whereas a lot of atheists are like “God doesn’t exist. Want to talk about God for the next four hours?”

Again, I don’t disagree with Chris or Dr. Krauss’ worldviews. But what is the value in attacking those of others? Is it an attempt at a serious discussion? What is more ironic than two likeminded individuals high-fiving each other for being “independent thinkers?”

But most importantly, what does any of this have to do with rollerblading? Why do atheists (myself included) so often feel the need to filter everything through non-belief? Was the suggestion supposed to be that Christians are worse bladers/artists/musicians because of their adherence to cultural “norms?” I can list off plenty of people within the rollerblading industry who are incredibly insightful, interesting, creative people who have also chosen to believe in a god. Many of them have contributed to this very magazine as photographers, skaters, and writers. I’ve debated with many of them, sometimes passionately. Some of them came to God as a result of the circumstances of life, similar to certain parts of my childhood mentioned above which still cause me to stop and consider that some good can come from religion. Others have come to their faith through logic, and, though I disagree with their reasoning and conclusions, I cannot argue that they have not considered the question at hand.

More than the debates, we have had conversations that have helped to open the world to me. They’ve shared ideas that challenged my beliefs and made me consider words like “value,” “truth,” “humility” and “wisdom” in ways I never had before. I hope I’ve done the same for them.

What does belief or non-belief in God have to do with any of that?

What were those believer bladers supposed to get out of that interview? What was I?

You were supposed to go buy/download Krauss’ movie!! How did you miss that?

Seriously though the point of that interview was one, an incredible opportunity for me to have a one on one with Professor Krauss.

Two, being that the topic of atheism has come up in message boards and “status updates,” so I thought it could raise some good discussions, and it did!

Hats off to you, John Adams. I think you make a valid point here. Filtering things through the lens of disbelief is still in a way filtering things through a lens of belief, so why do so if one claims to be independent from such thinking?? It shouldn’t really matter… and the comment about people of such belief systems having creative and legitimate perspectives was spot on too… I don’t think we can elevate ourselves or even delineate ourselves along these lines. That is why I choose not to define myself with labels such as “athiest” or “agnostic” or what have you, since using labels implies that your beliefs can be generalized to a certain set of characteristics.

Good read. Except, John, stop talking about me behind my back. Don’t think I can’t hear you just because you hide behind that atheist wall. Oh and I especially don’t want to hear you talking about how other people shouldn’t talk about me either. <3 God

blue, thanks for the feedback. What suggests that I’m a closeted theist?

God, where have you been hiding?