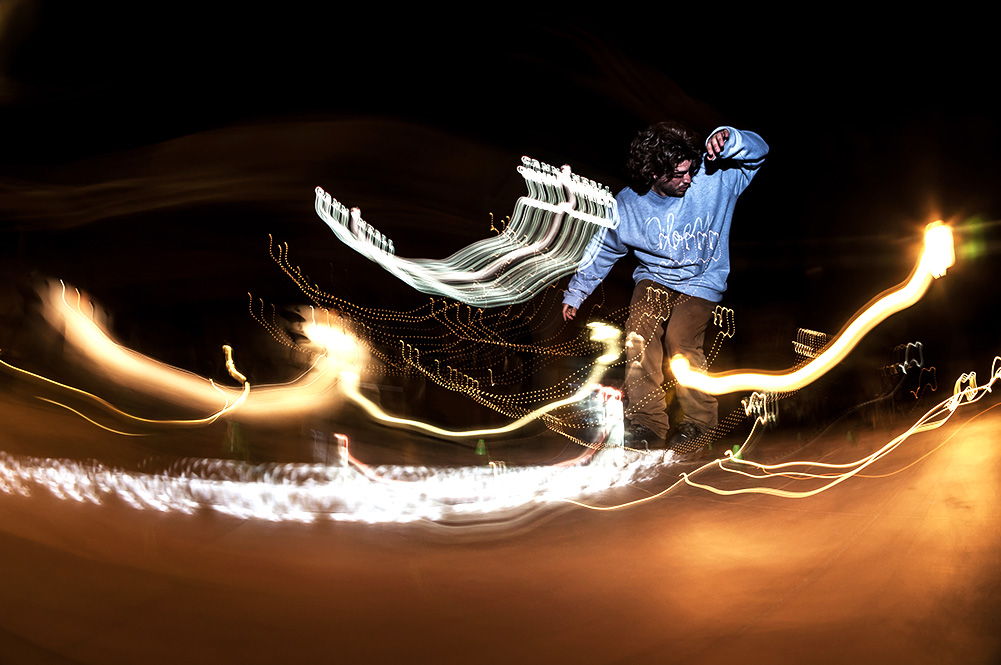 It started with a photo from NYC. Then an edit. Pretty soon it was clear that Ray Mendez and his cohorts were onto something — group skates on big wheels in public places. So we decided to give it a try.

If the idea came from New York the inspiration to do something about it came from Jon Fromm. That smiling bastard suggested we just pick a night and do it, I think I suggested the smooth and crowded tarmac of the boardwalk, and now we’re heading into week six with a rotating cast of around a dozen out there every Friday night making a commotion, turning heads, and making rollerblading look easy and comfortable and effortless the way the public rarely sees it. 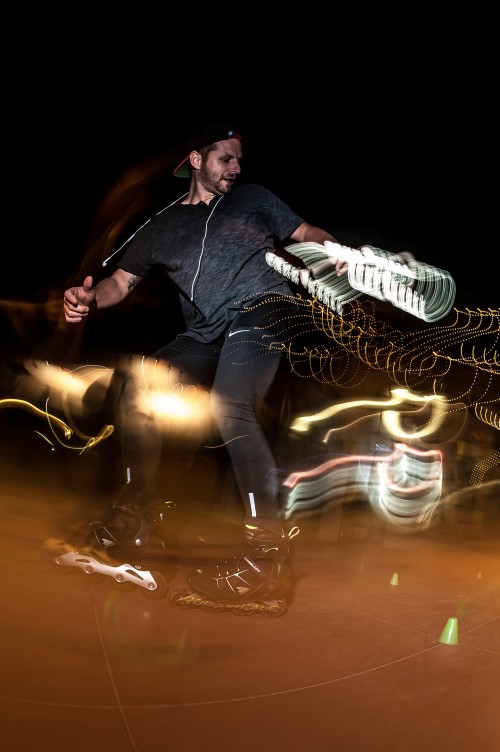 Two weeks ago things got kicked up a notch when I pulled out some cones. A gift from the Seba camp from Blading Cup a few years back, I stashed ‘em in my backpack on a lark but dammit if they didn’t end up being a hit. Not just with us — cuz damn, it’s fun to shred through the cones! — but with the public that gathers and watches every time they’re out. 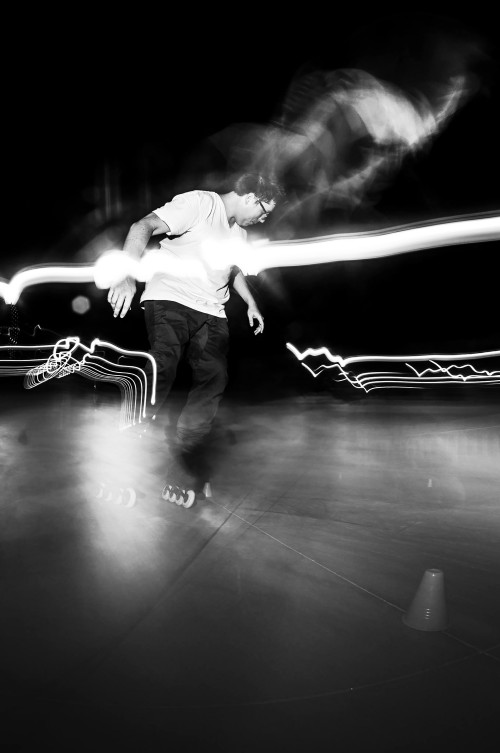 The author on some fakie

Marqui got the jump on our Flying Eagle LED light wheel care package and managed to pull out these sweet jams last week to really light up our session. Believe me, everyone noticed these things and had something to say! And that’s why we’re out here on the boardwalk on a Friday when we could be at a skatepark or a street spot or even a bar. Because we want to engage the public on their terms. To let them see rollerblading as something they can do — something they want to do. 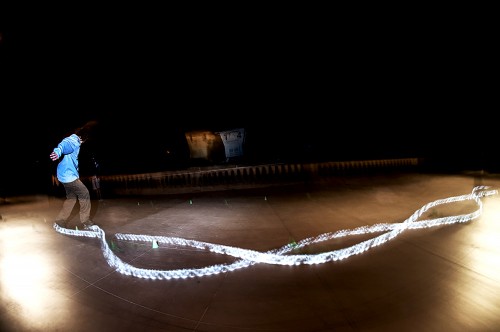 So far it’s working. Our ranks are growing as our quads get pumped with the extra milage we’re cranking out. If this is the future of old age, post-destroyed knees of youth and fear of getting smashed on an old chipped hip — sign me up. It’s fun as hell. And a reminder of what I fell in love with in the first place.