Have you been to a sporting goods store and surveyed the selection of skates available to the general public?

I went into Big 5 yesterday to see what they had and let me tell you: It was a fucking crime.

Now, before we go further, we’ll preface this whole statement with this link to Ricardo Lino proving that the skates DO NOT MATTER (if you’ve got talent like him) and that fundamentally, the equipment does not make one skater better than another. HOWEVER — we all know how one setup feels differently than another, and that we each have a preference for what we want our skates to feel like when blading.

That said, let’s talk about the quality.

These things are made of total garbage. Remember Chicago and Roller Derby brands? They’re still around, still pushing schlock on the public in the way of molded plastic skates that kinda LOOK like real blades. Here are some: 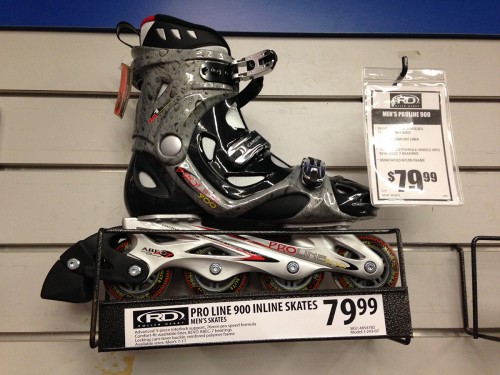 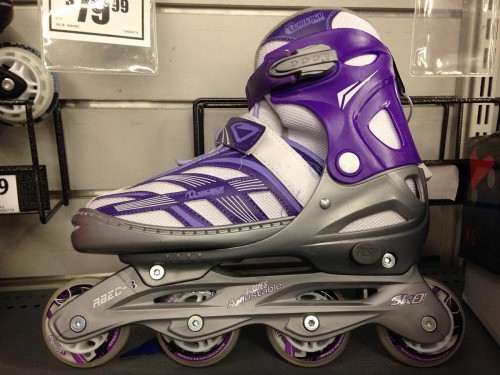 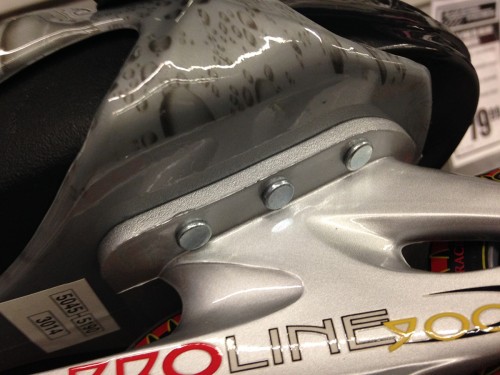 Chances are VERY HIGH that anyone foolish or excited enough about blading to actually strap these skates on and give ’em a try has probably just LOWERED the odds that they’ll ever try blading again.

The overall materials used from companies like Chicago and Roller Derby look just about as terrible as they did back in the day.

Now, granted, I’ll give them this: the wheels are better than the crap they had back when I was a kid. So there’s that. But they’re still “cast urethane” which, in the hands of knowledgeable folks could turn into something as lovely as a “gravity poured” Cozmo wheel, but in this case and application, loosely translated, seems to mean “barely softer than a bowling ball.”

Like, if you want skates that look a little bit like classic Fattys but a whole lot like Chuck Taylors, well — Harsh Footwear has got you covered. Check out this soft-boot tech: 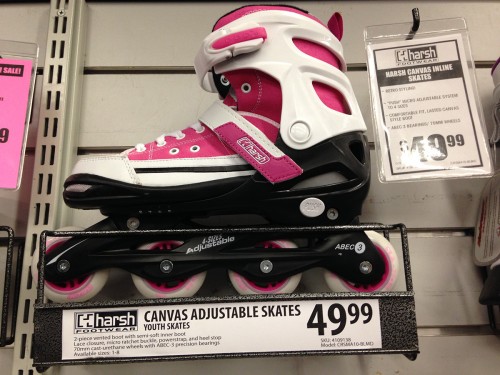 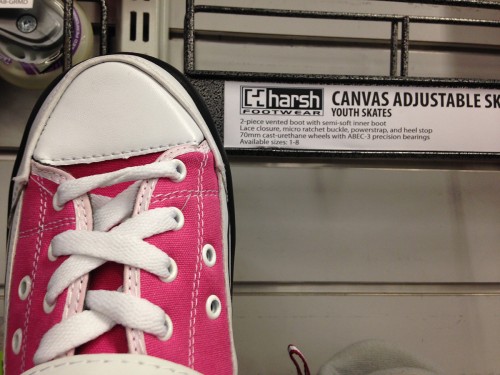 As I said, some aspects have improved, like Rollerblade’s Blade Runner line, right there alongside — nigh, COMPETING with — Chicago and Roller Derby’s plastic skates for… $65! 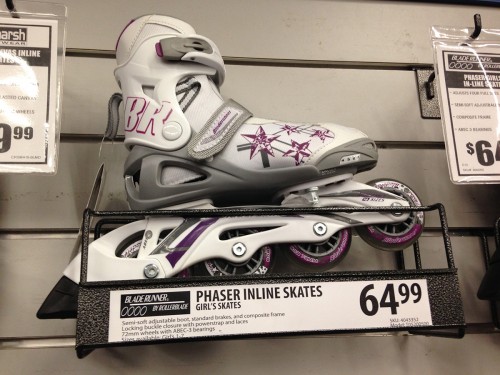 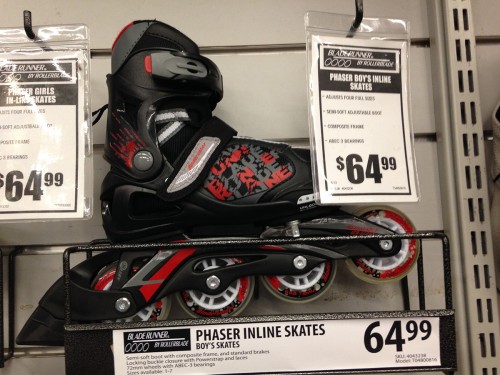 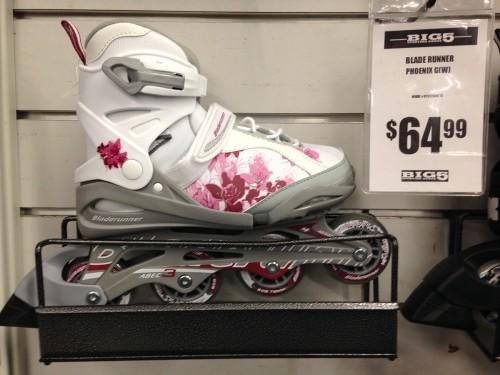 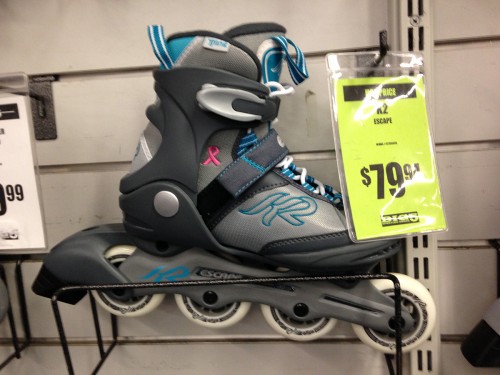 So let me be clear: there were Rollerblades (via Blade Runner) and K2 quality skates on display. But for a minimal price increase, the available quality and selection is much improved.

It’s worth nothing that for approx. $90 on Amazon, RB sells real rec skates with names you recognize like Zetrablade or Macroblade. 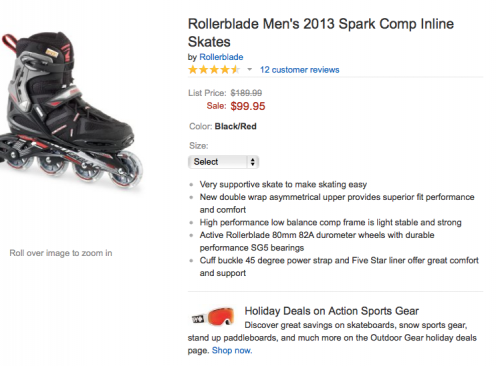 Why am I writing about this? Because this is a big problem for finding, luring and making new skaters.

These skates are not designed to give a strong impression of the sport.

They are designed to be cheap and deliver a solid profit margin and have extra profit built in so when they don’t sell and the retailer has to “write them down,” the manufacturer doesn’t take a total bath.

But to a kid who maybe decides to blade and puts these on — well, it’s an uphill battle to keep them around. If you look closely at the Roller Derby pictured at the top, you can see that the skate has a BACKWARDS lean built in. On flat ground the toes are slightly higher than the heels. WEIRD.

Anyway, keep this in mind the next time you’re thinking about the lack of young bladers in your town, or at your park, or when you’re thinking bout *GASP* throwing away some of your old, used gear. (PRO TIP: Don’t. Give it to the other skaters in your area or donate to the skatepark.)

And if you’re at Big 5 and can’t find the right blades for your feet, rest assured — you can always pick up a gun. 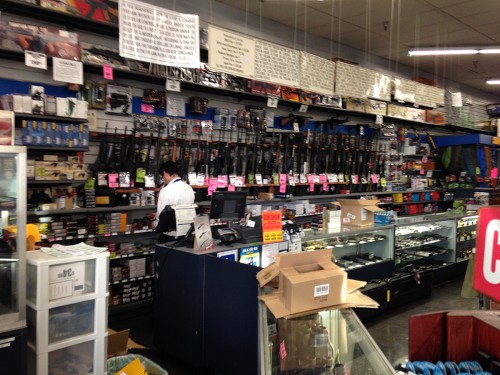