Well, well, well — 2014 is upon us and the cheerful tidings of the holiday season are already fading into memories.

Which is why this is the perfect time to focus on a few bladers that went above and beyond this winter to make a positive impact on their communities.

Up first is the crew at Lux Armor. You may not know a lot about Lux just yet, but owners Carlos Jaquez and Tim & Ernie Franken have something big in the works.

First setting up shop in SD, the guys relocated up to Long Beach in summer ’13 and got busy injecting themselves into the community. Part of their outreach was raising money to help feed their neighborhood’s homeless and donating toys to local children’s programs. In all they provided meals to 75 people at Thanksgiving and at Christmas were able to provide 25 orphan children with presents.

Lux Armor’s Carlos Jaquez added, “I can honestly say that doing this was the best Christmas gift I ever received. The experience alone was priceless.” 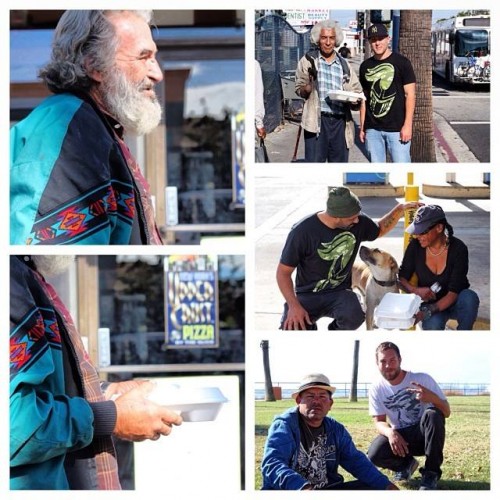 Also up in the Los Angeles area, Jeff Linett and Paul Austin took to the alleyways of their neighborhood to get shoes (and some hats) onto the area’s less fortunate. 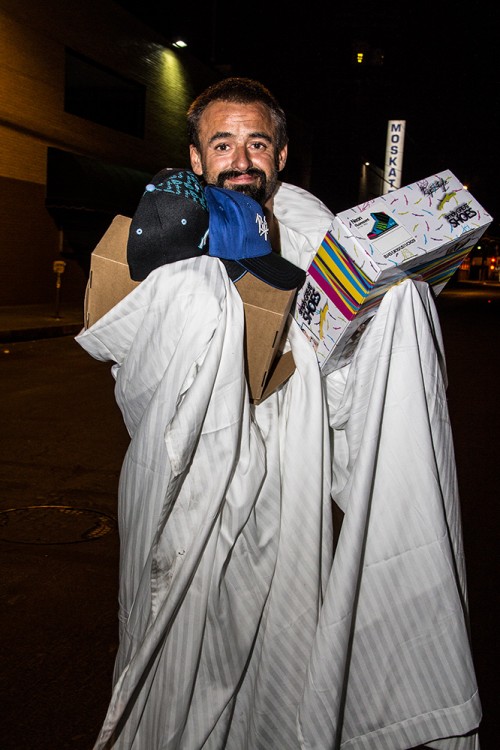 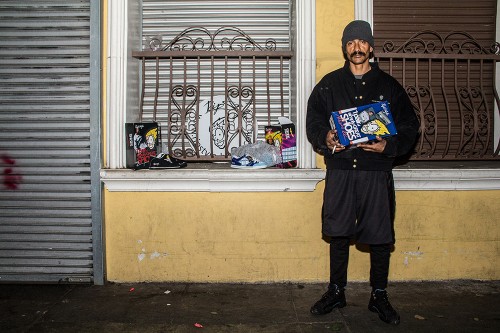 Jeff has some amusing stories to share about the fellas’ reaction to the bright colors and loud designs of their new footwear, but they left little doubt of their appreciation for the new gear. Proof again that a little goodwill can go a long way.

Finally, from our own neck of the woods, and certainly less glamorous, I’ve been working on clearing out a bunch of shoes and jackets and shirts and stuff I don’t use anymore. But instead of throwing any of it away or dumping it into a Salvation Army or Goodwill dropbox, I’ve taken a more direct approach and scattered items around my urban neighborhood for people to pick up as needed. A pair of kicks on a pay phone has about 5 minutes before they disappear, same with jackets and shirts.

Having spent enough time in my area to recognize the struggles these folks face, it feels great knowing that paying it forward can be as simple and rewarding as making sure unneeded goods end up with those who can appreciate them.

We talk a lot about “skater-owned” in blading as though that’s the end-all, be-all to what it takes to make a blading company tick. But really that’s just a shorthand way of trying to convey an idea about someone’s character. And character of those involved with various projects has a lot to say about what works and sticks around vs. those things that disappear. Helping those around you is an excellent sign of character and we applaud Lux Armor and Jeff/Paul for their efforts. Thank you!

Know of other bladers that went above and beyond in their communities? Share in the comments!

Bums geared out in old Ripstyle shoes that didn’t sell. What a blessing.