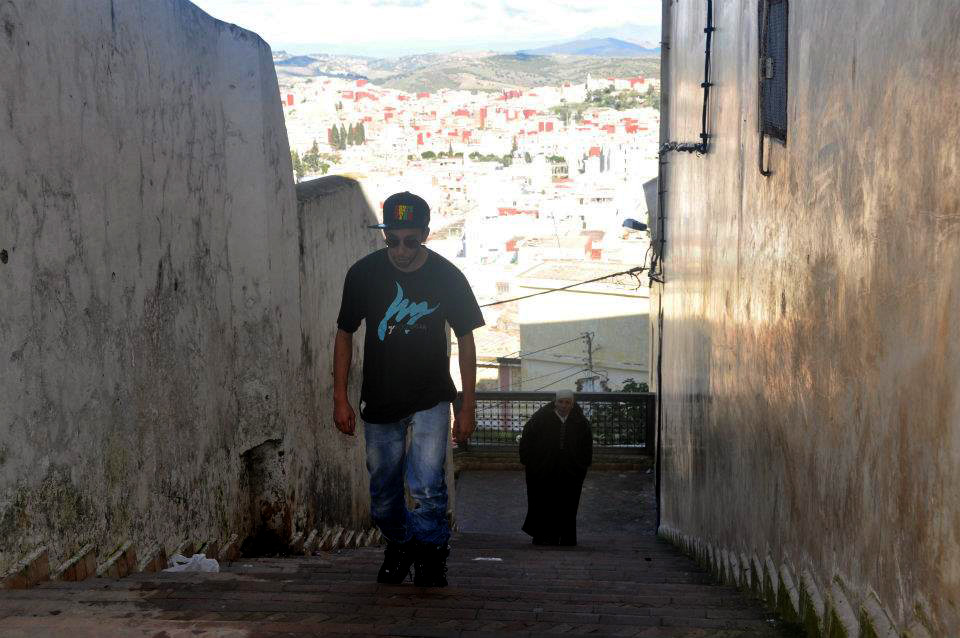 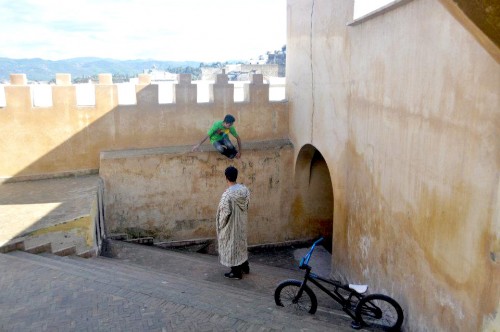 Zohair El Hadad with a mute 180 off a bank in Morocco.

In the summer of 2009 I spent a month in Morocco as part of a documentary film crew. Skating was the last thing on my mind during the trip, but seeing perfect marble ledges in Marrakesh and a group of kids taking turns on a pair of old Blade Runners with a tri-rocker setup on a basketball court in Essaouira made me wonder if there were a lot of rollerbladers in Morocco. After getting home I learned of a rollerblading community in Morocco with its roots in Agadir and the early ’90s. For years the only video they had was the documentary It’s All Good, which they watched hundreds of times until one of the crew returned from a trip from Florida with a pair of Roces Khutis and VG 14. In the days before the internet they progressed by learning about the newest tricks and pros by reading the French magazine Crazy Roller. Today there are skaters all over Morocco with dedicated scenes in Agadir, Casablanca, Marrakesh, Tangier, and Essaouira. 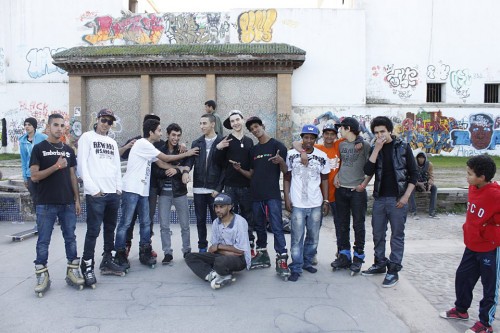 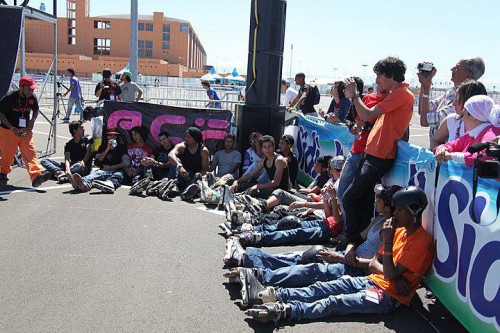 I love seeing dudes skating in places you would never think of people skating.

just stay away from the watermellon and ghost blood soup hahah

I found the same thing while studying in Tunisia! Rolerblading is huge there. (In comparison to skateboarding and bikes.) I think it’s the french influence over those north african countries.

They even had a competition that was put on by a local media group.

Such a good scene, and such unique street spots.