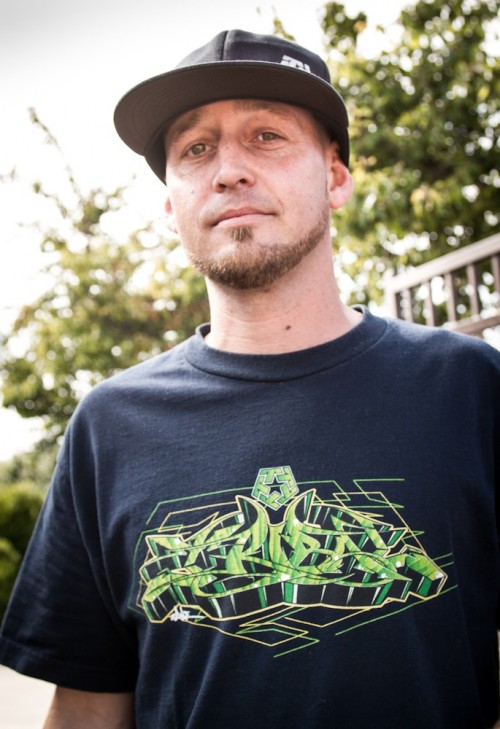 Bladers, breakers, rappers, whatever you call yourselves… you’re part of the Bell family now.” — Gary Bell

At 5pm this afternoon we joined a roomful of some 150+ friends, family and community supporters that paid tribute to the life and achievements of Bryan Bell.

The two-hour memorial included footage of Bryan’s blade sections before an eye-opening photo slideshow showing Bryan from newborn to present day. Serving as centerpiece to the proceedings were heartfelt statements from sisters, nephews, nieces, and friends, closed out by Bryan’s father, Gary Bell.

Outside the auditorium, artifacts from Bryan’s life decorated the lobby. Here, a table Bryan made by hand as a young boy. There, a display showing loops of his videos and his blade magazine layouts and a pair of all-black Roces Fifth Elements.

The line to sign the guest book was long.

It was during this time after the memorial that faces emerged from the crowd: Chris Haffey, Eric Schrijn, Robert Lievanos, Jon Elliott, Nick Wood, Larry Fagan, Ernie Villarino, Gonzo Jacquez, Matt Mickey and many more.

As a longtime blade event attendee I can report that never had I seen so many bladers standing around with nothing to say. It was grim faces and firm handshakes. Dark shirts and darker sunglasses.

Bryan Bell’s memorial service left me and many other attendees speechless. Which seems strangely fitting, given that Bryan’s entire life pretty much had that very effect on everyone lucky enough to cross his path.