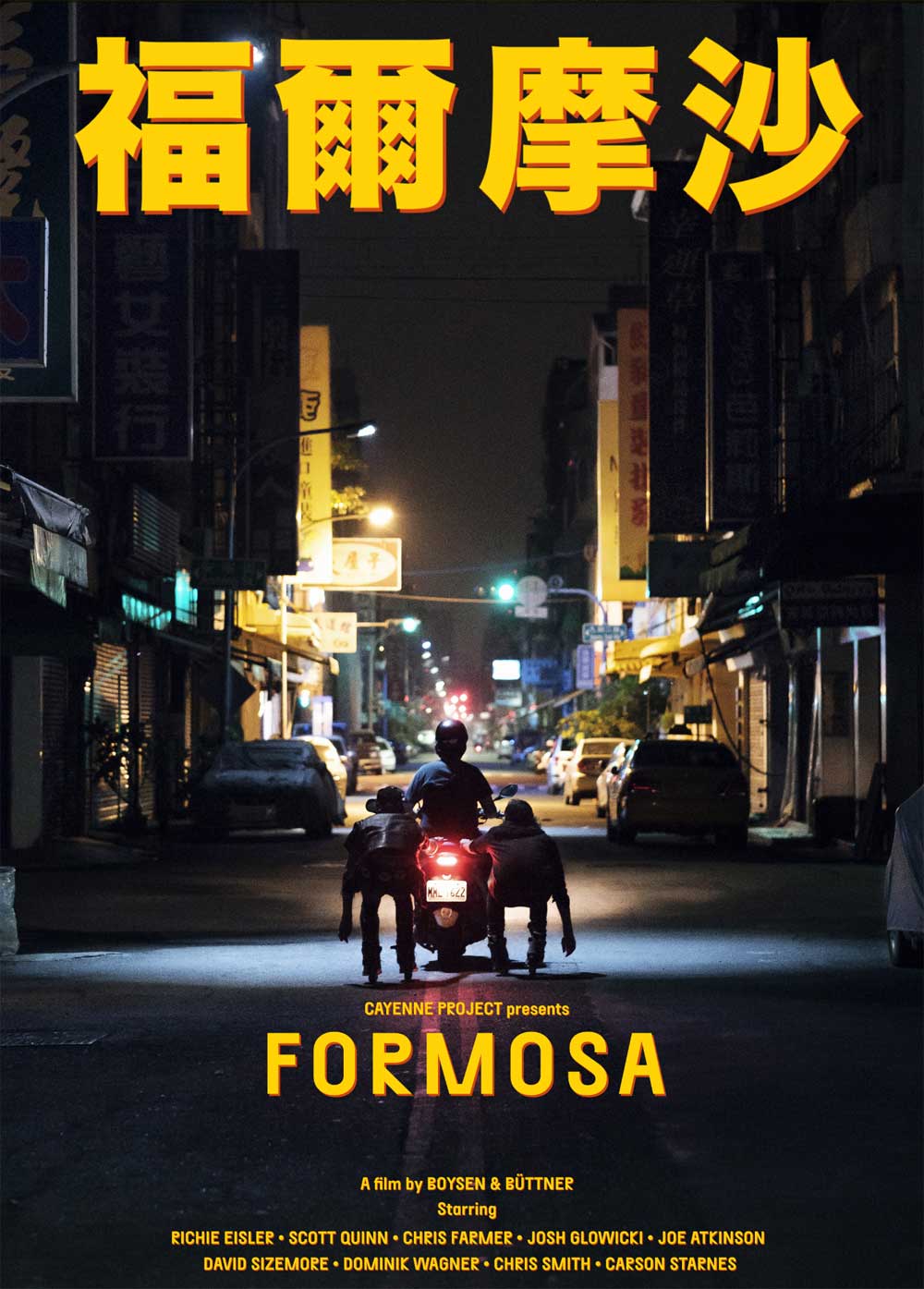 Long story short, this video is awesome in every way possible. You should totally buy it, bro’s and broette’s.

For the past ten years, blade videos have been in “documentary” mode. Cameramen and directors and editors (usually all three in one) attempting to put together something more entertaining than just the repetitive trick after trick after trick. This doesn’t always translate into the viewing experience I think they had in mind. In the case of Formosa however, I think they’ve more than accomplished this goal. 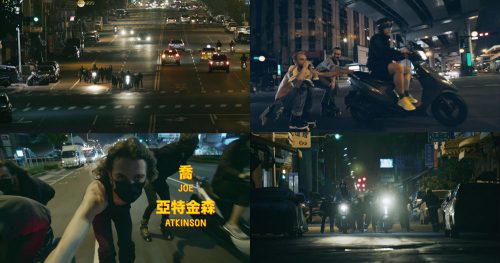 Karsten Boysen and Benjamin Buttner continue their “Cayenne Project” by traveling to the island of Taiwan, formerly known as “Formosa” with a crew of skaters that don’t need my re-introduction. You already know what it is. The video starts with one of the more creative opening credits I’ve ever seen. Close ups of each character as they group skitch on speeding motorcycle scooter thingeys. They cruise through narrow streets and markets, they scare pedestrians in malls, they grab random peoples’ cars and motorcycles to continue skitching. It is entertaining and crazy. Had me a bit worried the rude American-ish tourists would end up in some foreign jail with a broken arm and no translator.

It’s almost a full four minutes into the video before you even see the first trick, but you probably wouldn’t even notice if I hadn’t mentioned it, everything flows. From “Quest for the Holy Rail” to “Bloodstained Concrete” skate videos from Asia have always featured some very interesting spots. But Formosa isn’t all site seeing and touring with the homies. There are some serious fucking hammers in this video. And by hammers I mean, just look at that list of skaters featured.

The video quality is on point. The press copy clocked in at a whopping 2.45 GB for a 39 minute video, so it definitely looked crispy. The camera work is well done also. No seizure inducing zooms. No motion sickness fisheye’ing. Just clearly framed scenes and the occasional wide shot to show off the unique scenery. I don’t know if the VHS (or Hi8 ?) clips still have the effect they once did, attempting to contrast the professional camera work with some raw un-professional camera work by the skaters themselves. We’re basically all cameramen/women now a days and shaky cell phone clips feel more like the natural replacement.

One of the best parts didn’t really hit me in until the video was over. You can usually tell when a video was made by the style of tricks being done. Whether it was the experimental stage of a trick or style of tricks being developed. Whether it was a trend, or a trend that made a come back for a year. Formosa however, is a satisfying reflection of the full, matured trick vocabulary we have developed today. And this particular crew of skaters really brought the pieces together better than I’ve seen before.