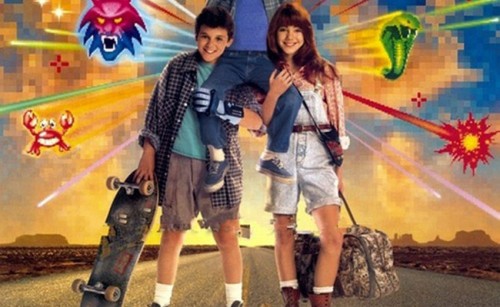 We’ve seen the future of action sports and it’s not what you think at all.*

It’s not parasailing skiers grinding chairlift cables. It’s not wing suit sky-cross. It’s not climbing insanely high and dangerous obstacles. (Okay, it MIGHT be this one ha ha.) It doesn’t even need a mega ramp.

That’s right, the future of action sports involves sitting on your ass and not moving a freakin’ muscle. 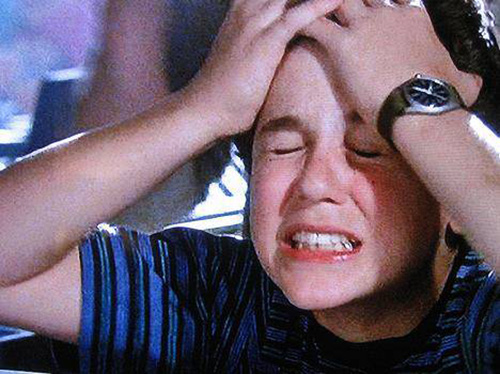 Ask yourself a question, how healthy is skateboarding? How about BMX? Wakeboarding? Take a look at the headlines and see it for yourself — action sports are in such a cash spiral that the new tactic is targeting where the money went. And that’s video games.

In 2013 the video game business was a $93 billion affair. Last year the surf and skate industries were bragging about breaking $6 billion.

Don’t get me wrong, blading doesn’t move a needle on those scales, but look at the disparity. If you’re in the business of running a huge global action sports brand and your job is to make money for people that own stock in your company then you are concerned with a move towards $93bn instead of $6bn. 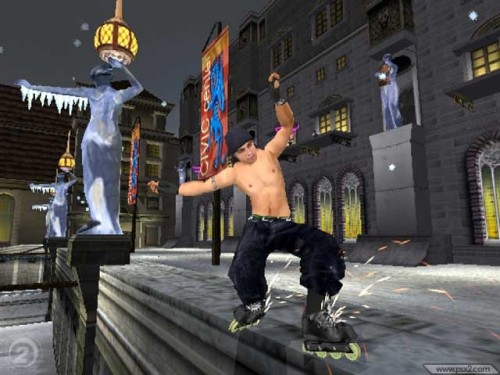 Which is how you end up having a video game event at your action sports event.

And don’t forget, this isn’t gonna be some demo thing at the event. Like, a distraction for bored crowds or something. This is gonna be on TV! No one wants to see blading on TV (they say), though it seems watching people play video games is the hot shit.

Buuuuuuut, if you look at it for a second, it’s been so long coming that it shouldn’t be a shock at all.

That there is The Wizard from 1989, a shitty ’80s movie starring Fred Savage and his skateboard that ends at this badass finals tournament scene which looks at lot like the pictures that accompanied today’s announcement.

And of course there’s this other little ol’ thing you may have heard of, and the whole industry it spawned in its wake.

But what I can’t help but wonder about is what happens when video games REPLACE the sports themselves?!

Thanks to the technological wizardry of Oculus Rift (we’ll take our pair any day now, Ryan…), in the future this is what X Games street finals could look like: 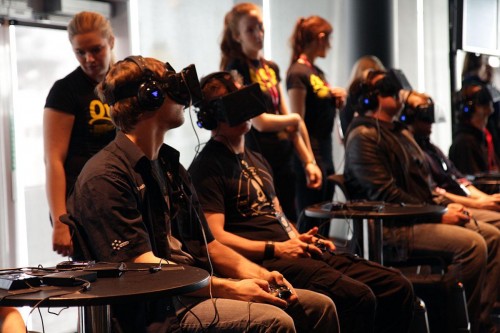 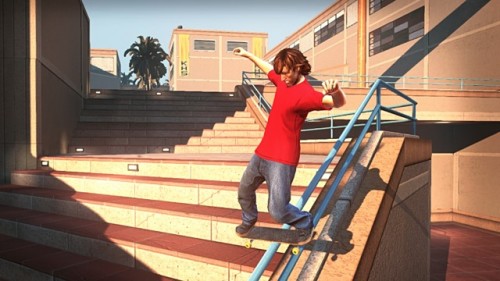 But how hard is it to imagine? I think it would make a hell of a lot more sense for X Games Austin to have an action sports video game tournament as opposed to whatever virtual reality military training tool they’ve partnered with, but as I write the words it’s obvious that the participation numbers just don’t match up. Call of Duty is a life more people want to live than their own.

Just like apparently millions more people would like to watch OTHER PEOPLE play video games than say, see someone do sweet maneuvers on blades (or skateboards, bmx bikes, wake boards or just about any other piece of action sports equipment).

So if you’re of the “bring blading back to the X Games” ship, I dunno — maybe that On A Roll game will be really cool and that can be an event! In which case, ladies and gentlemen, say hello to your future X Games rollerblading champion: 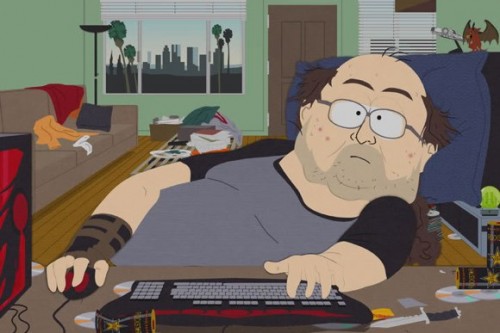 (Don’t worry, his shirt is tucked in and his pants are rolled up just right.)

*Blah blah blah no we don’t really care and this column is written mostly to talk a little shit about current events.