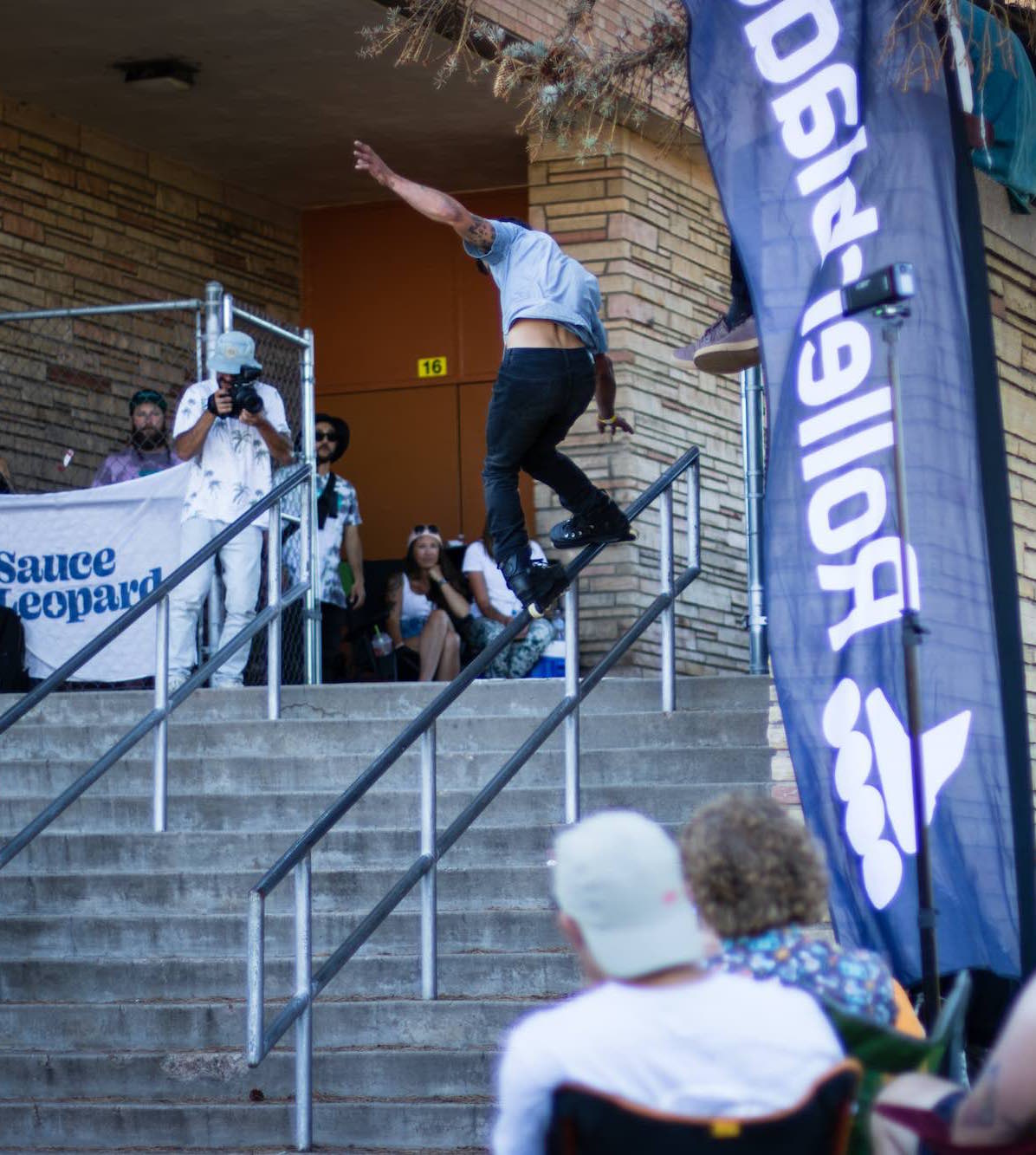 The Mile High Battle is one of the longest-running street comps in blading — if not the longest — and this year saw its 23rd showing in the streets of Denver. Skaters like Adam Bazydlo, Danny Malm, Andrew Kramer, and Zach Savage fought across a variety of challenging spots for a generous prize purse and the bragging rights that go with winning this prestigious event. ONE editor-at-large Jeff Stanger worked with Jeff Gonring and photographer Drew Kennedy to document the action and brought back this report. Take a look and put the 2023 MHB on your blade schedule.

It’s 2022, the Denver skate scene is thriving, and synergies are strong between the Denver Urban Skate Troop (DUST) and Colorado Thursday Night Roll (TNR) communities. This led to huge attendance numbers and a collection of gracious local sponsors that helped us raise a cash prize of $4,000 for a first place prize purse. Cue one of the longest running street contests in the world: the 23rd Annual Mile High Battle. 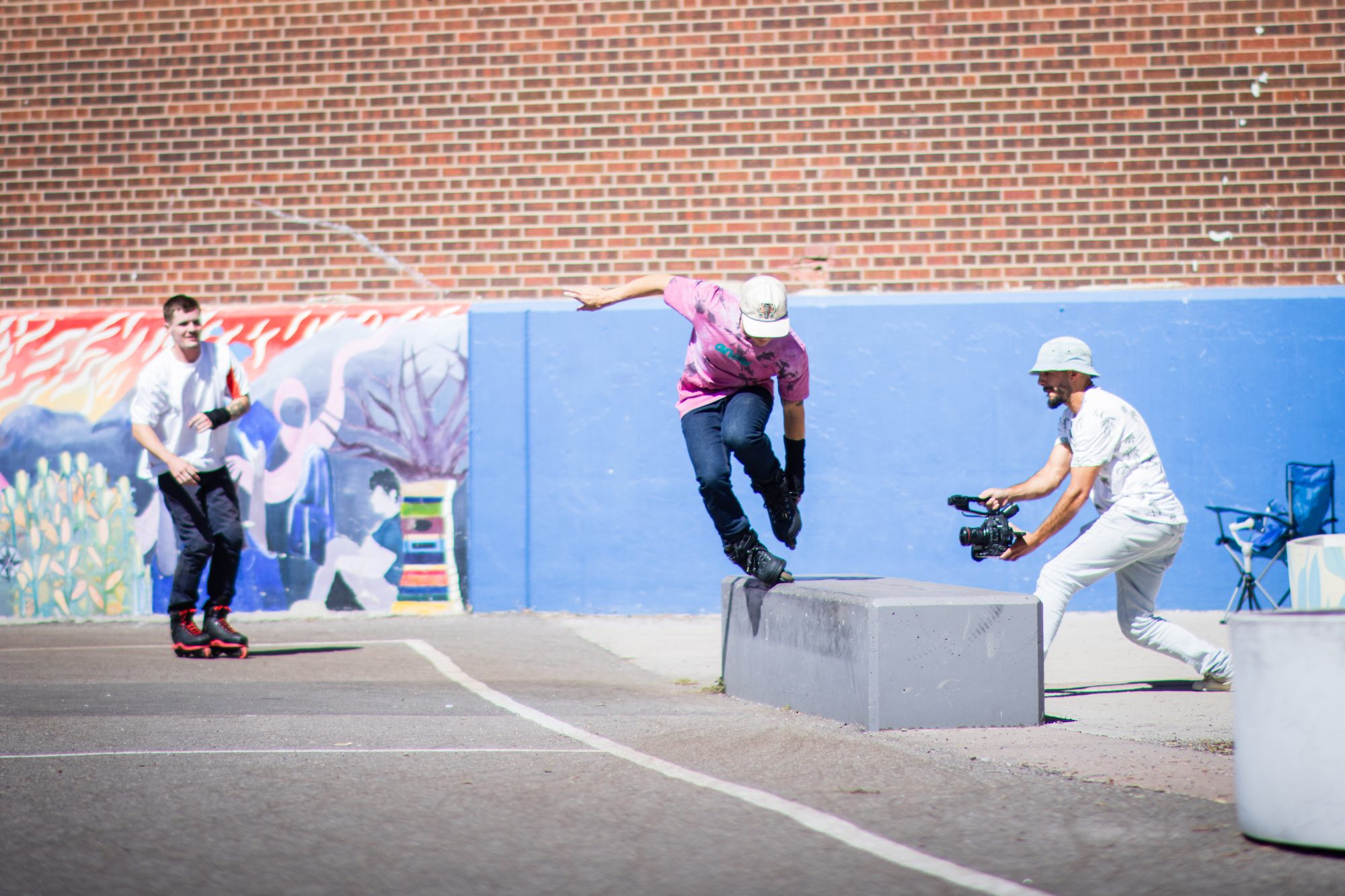 Event day kicked off with a pretty standard ledge spot. As you arrive in the parking lot, Luke Bender is isolated 100 feet from the crowd, posted up in the back of a van under a tent with a chair, trunk open, and a set of 3-4 monitors in front of him. You then notice several extension cords running away from the van towards the spot because Luke has audience member’s cell phones linked up via hotspot to enable a full livestream of the event, complete with multiple camera angles being manually switched around by the Man in the Van. You look around and the thriving community is made obvious as spectators are gathered around watching a recycling line of 30+ skaters lacing tricks back-to-back-to-back in a 45-minute, never-ending train. 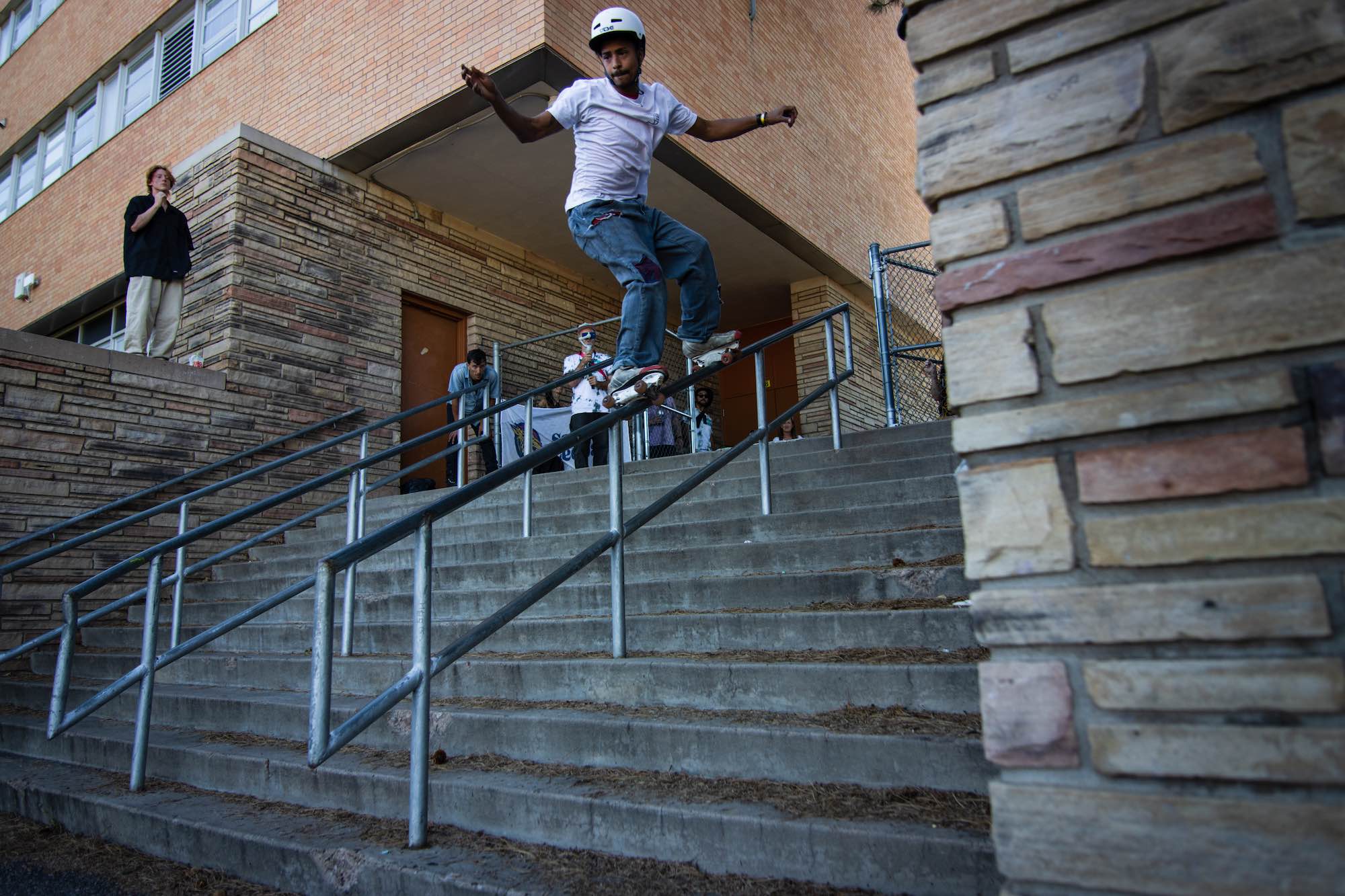 Flash to spot 2, a perfect 10-stair down rail, complete with a giant crack at the run up and a cheese-grater landing that was just sketchy enough to thin the participants down to about 15 skaters. After a high energy session and a few injuries, we moved to spot 3, which is a big 25-stair down rail where you walk up to and realize Cody Lampman is a f*cking animal. 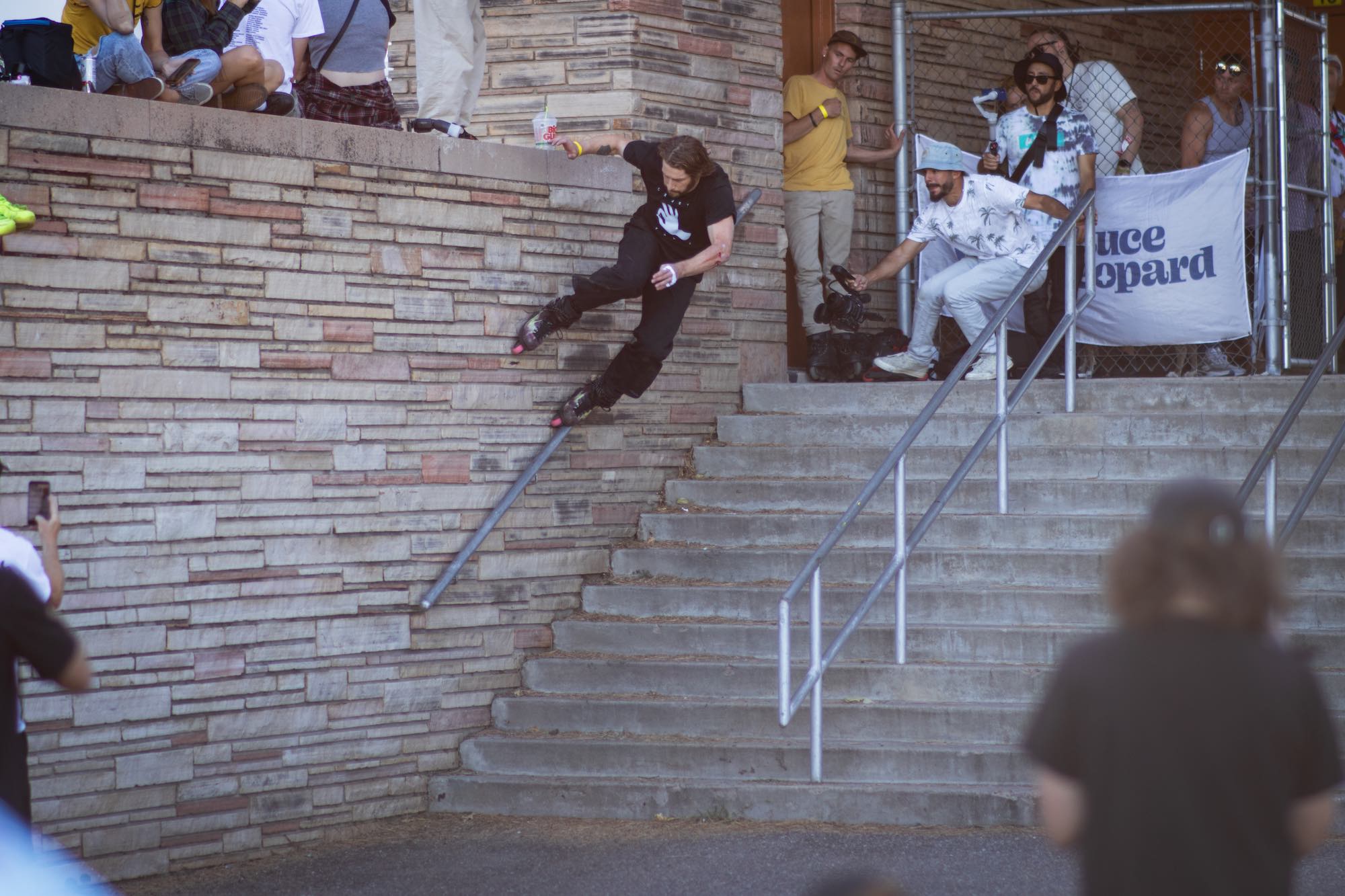 With less than 10 skaters still going at it, the energy and nerves at spot 3 were high, and as the risk factor increased, so did the competition. Just as he did at the first two spots, Adam Bazydlo put on a show, lacing tons of big tricks and technical switch ups that resulted in him taking 1st prize. But the highlight of spot 3 was Andrew Kramer’s flawless full cab ATP that ultimately led to him taking 2nd place, and a special shout out to Jarrod Banning for going all-in and hucking his carcass on an unsuccessful attempt to gap this massive stair set. 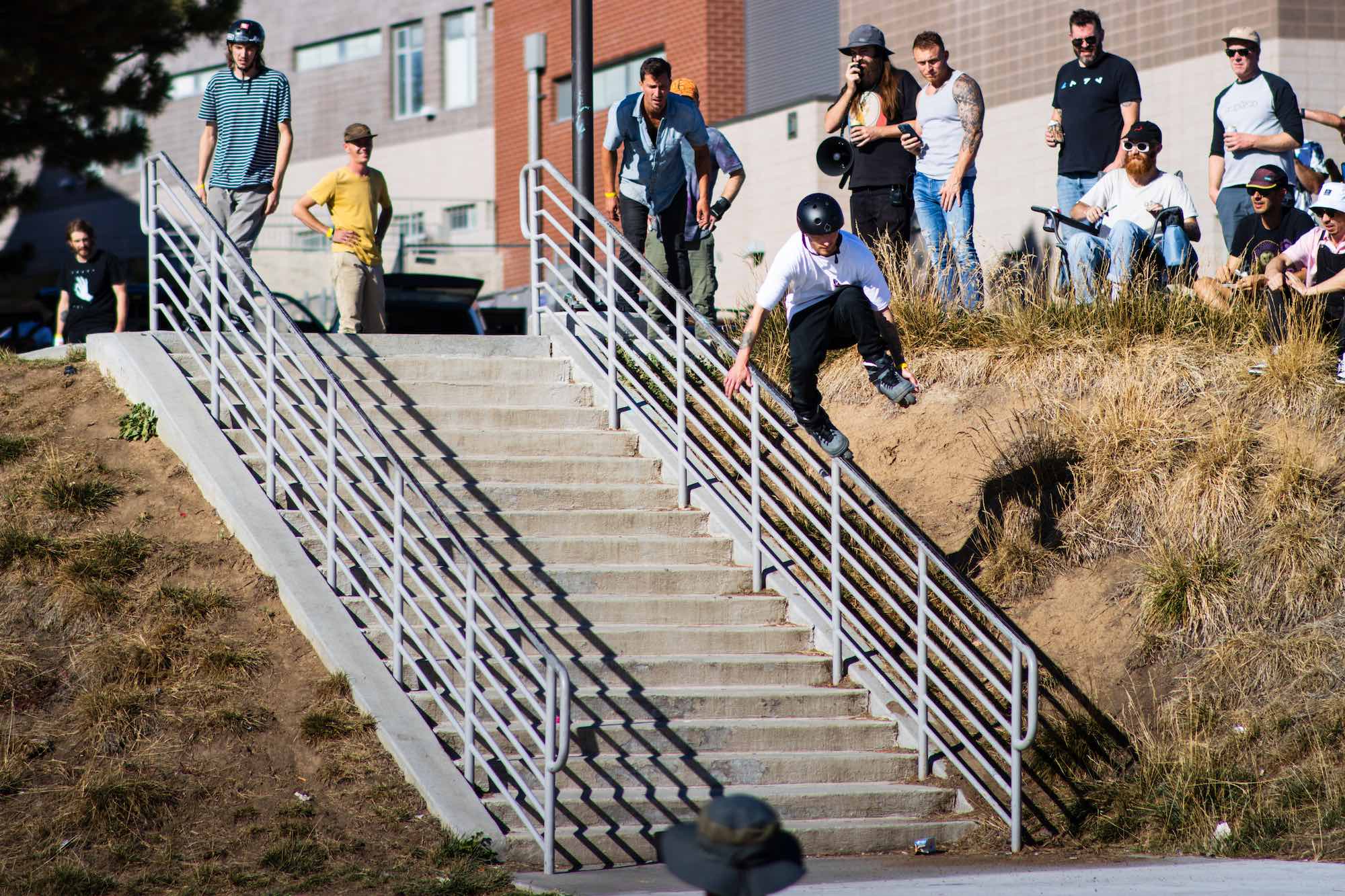 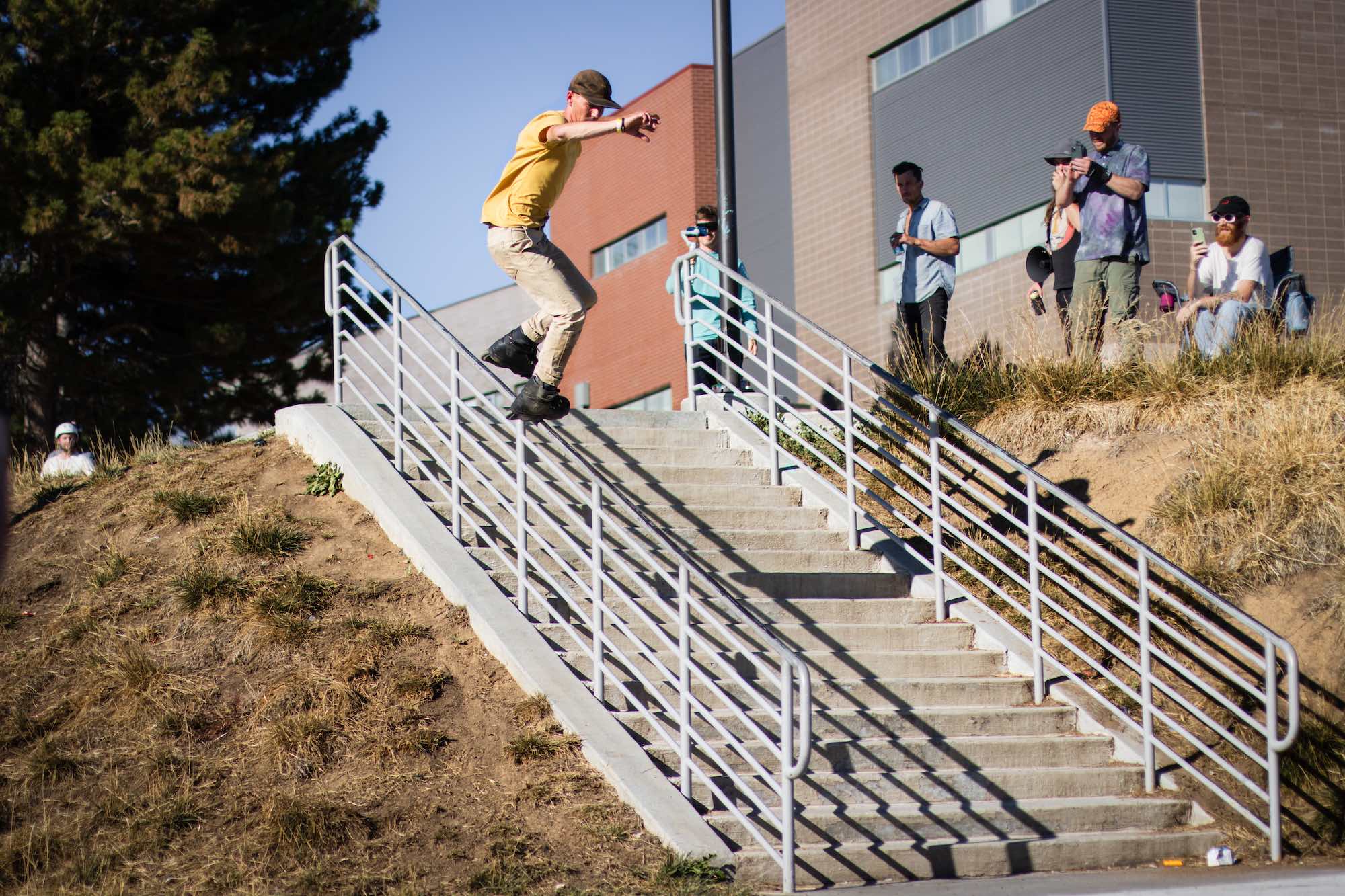 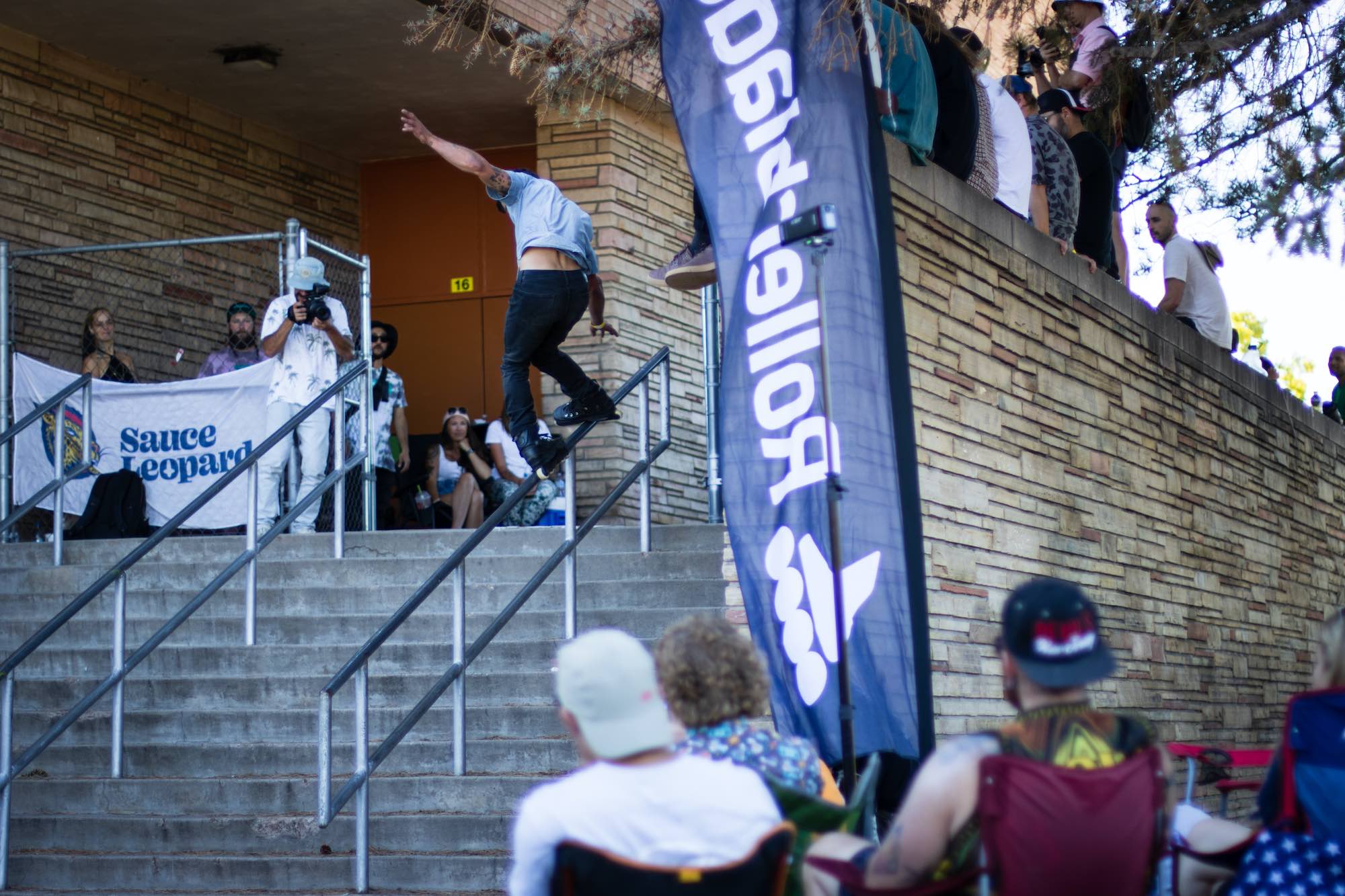 Thank you to all of those who helped organize this event, the sponsors, the competitors, and the spectators for making the 2022 Mile High Battle so special! — Jeff Gonring