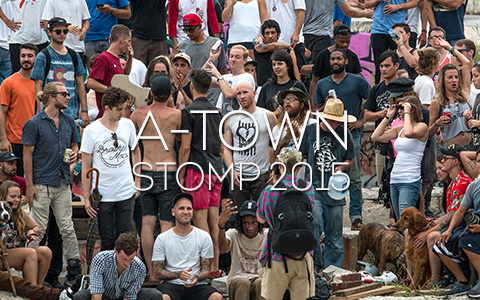 Written by ONE Staff - Published on Wednesday, September 23rd, 2015

The A-Town Stomp is a new school southern tradition that just celebrated its sixth birthday. Hosted by the Starnes Bros. and attended by just about every shredder in the southern U.S., this year’s Stomp delivered more of what everyone expected — top level blading, a kick ass after party, and a final spot that people will remember for years to come. Jacksonville’s Joey Rogers was there to experience the event and write this story, while Corey Oringderff saw to it that the visuals were properly documented. Now take a look and plan for your trip for next year.

Street competitions are happening far less today in rollerblading, and it’s a damn shame. If you still have a street competition in your city, or a city close enough for a day trip, consider yourself lucky. Although many have come and gone, there are still a few going strong, and the A-Town Stomp is one of those. This year’s was the sixth installment of a series ran by brothers Brian and Carson Starnes. The A-Town Stomp gives Atlanta the unique opportunity to showcase a few of their best spots every year, and every year I’m amazed at the number of great street spots they have.

Brian Starnes has a posse. 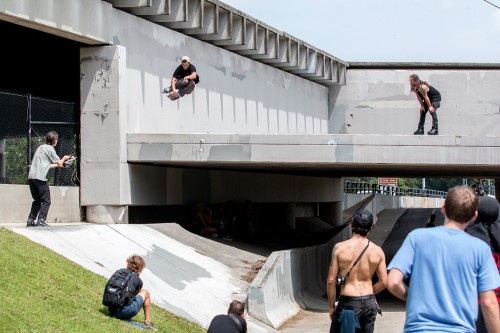 The first spot was just a short walk from the skatepark where everyone met up. It was in a park setting, so joggers and bicyclists passed by occasionally. Most dudes skated the up/flat high ledge which had a D.I.Y. concrete transition you could use if you wanted. In addition, there was a roof covering up the ledge and providing shade. David Sizemore did perfect negative makio from the transition, Sammy Chase AO-fished a good distance in the other direction from the same bank, Adam Bazydlo did some grinds and gapped from the roof, Joey Chase 360’d it and Dustin Spengler was doing some cool gap to transition ride thing. They called it and we all caravanned to the next spot. 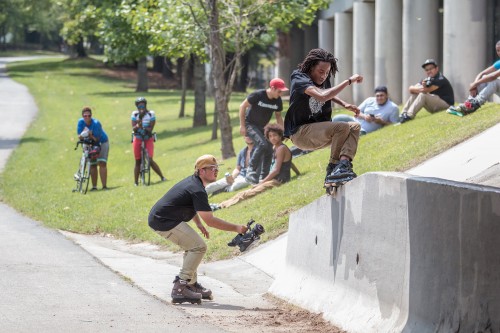 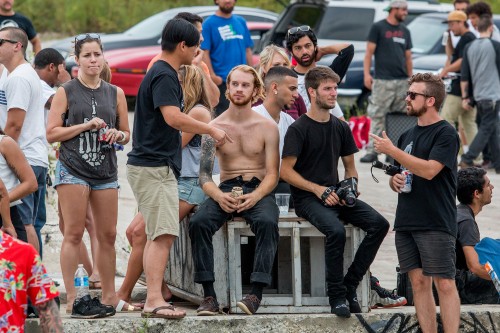 The second spot was a perfect down rail down in the center of a 12-stair in a beautiful park location. Jon Fromm killed it, Chris Smith delivered the sexiest 360 sweaty I’ve ever seen with my own two eyes, Jarrod Banning did some maneuvers, Joey Chase landed a couple bangers, Daniel Henderson did a grind on the high flat rail to a front farf transfer on the down rail, Bazydlo did some hard grinds as well as 540 over the set, and Phillip Moore did the sorts of negative tricks and switch-ups that David Blaine would do if he chose rollerblading over magic. 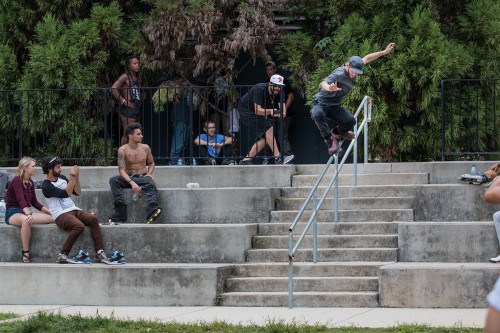 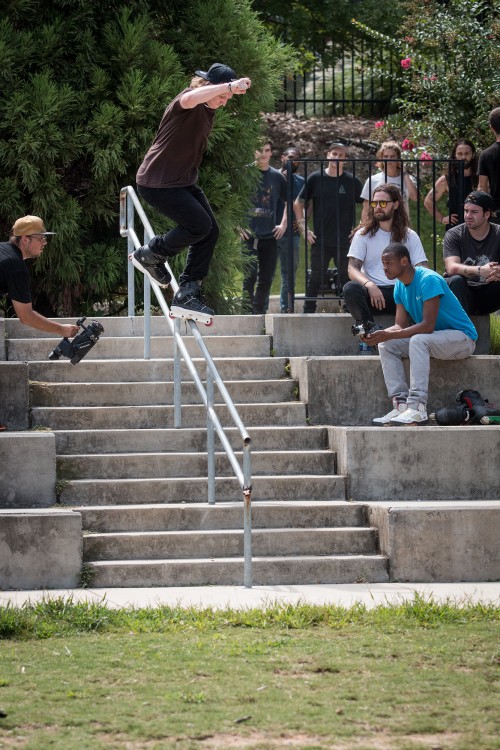 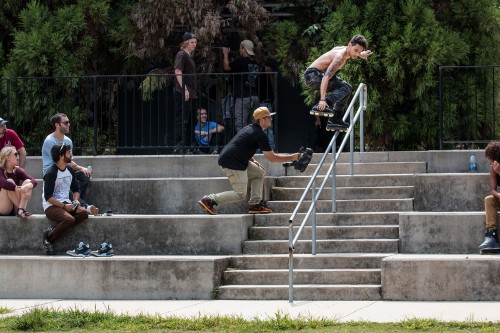 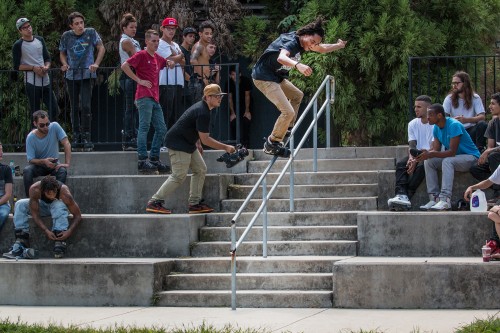 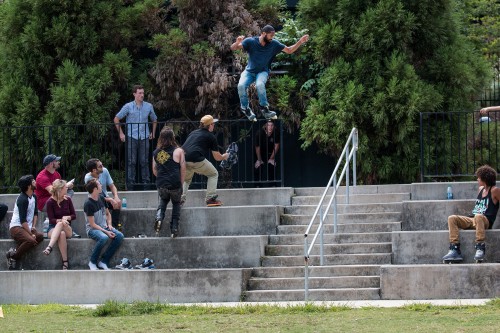 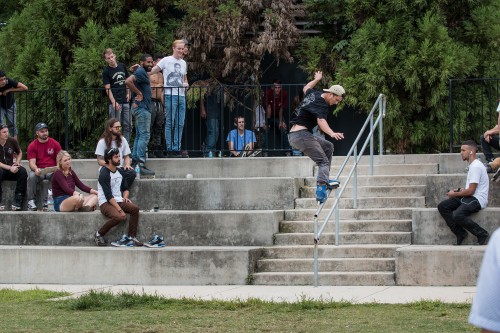 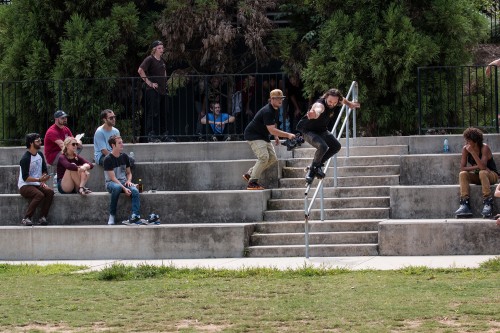 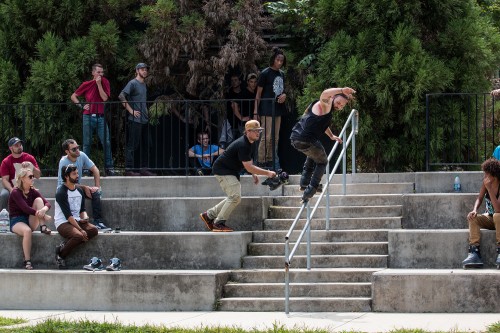 Let me begin to tell you about the third spot by making it clear that every year the A-Town Stomp has one of the best and most creative final spots of any rollerblade competition. The first year I went they transformed a car into a skate spot. The next year they turned a boat into a stunt spot, and this year they had a buffet of about ten different spots wrapped into one D.I.Y. spot. 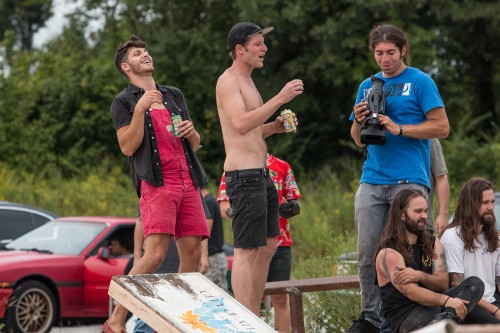 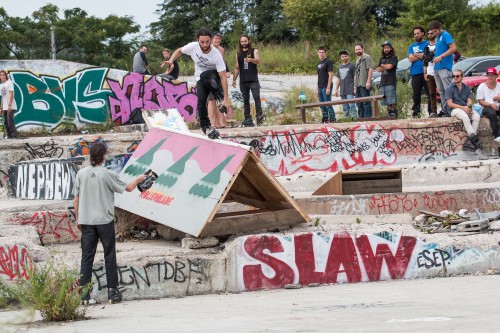 There was a light drizzle for the first 20 minutes at the last spot but it wasn’t too bad and everyone kept skating. Joey Chase front torqued a death rail off a gap in the rear, Montre killed the triangle box, Jon Cooley misty flipped something, Philip Moore did some more negatives, Chris Smith and David Sizemore both impressed with technical and creative tricks, and Adam Bazydlo did a huge 540 over this wall on the gap in the back — in addition to a multitude of other tricks on different obstacles. He took first. Chris Smith took second while Joey Chase took third. Joey also won best trick. 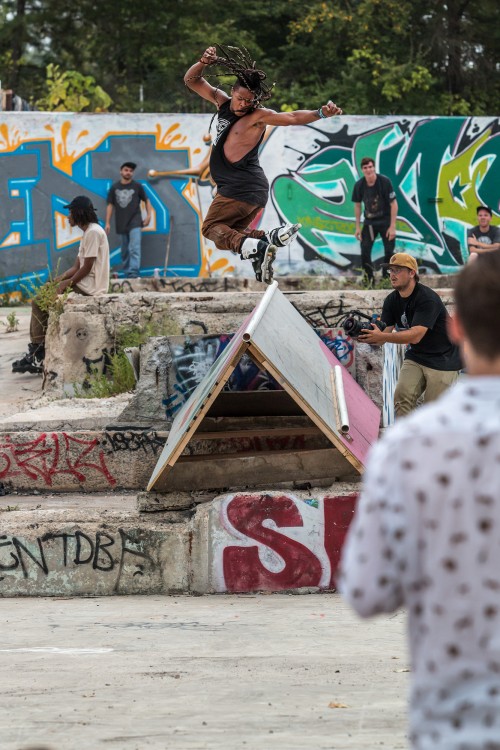 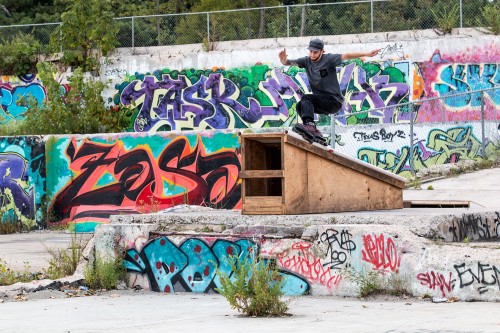 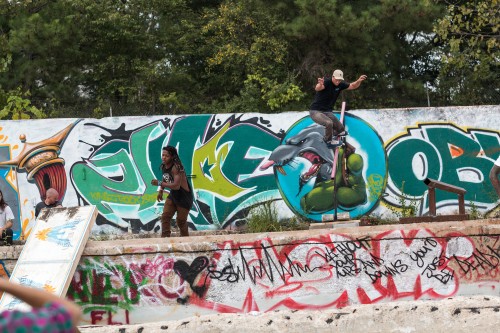 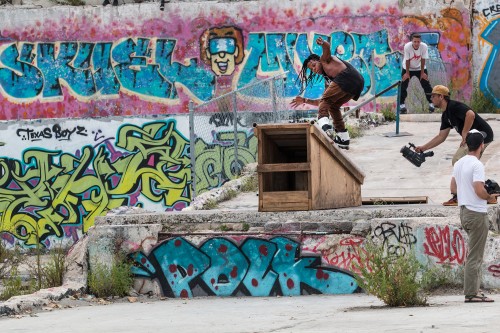 All in all, the event was great. The weather was wonderful for the most part and every A-Town Stomp competition I’ve been to gives me more reason to come back the following year. Come for the spots, the southern hospitality and the fact that it’s definitely one of the best competitions on the east coast. Also, probably the best after party. — Joey Rodgers