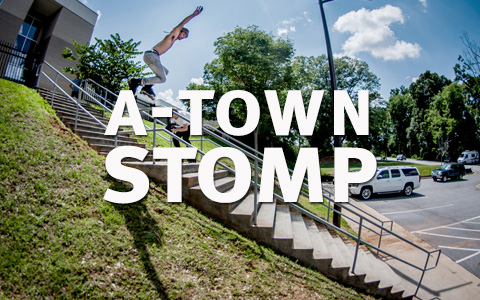 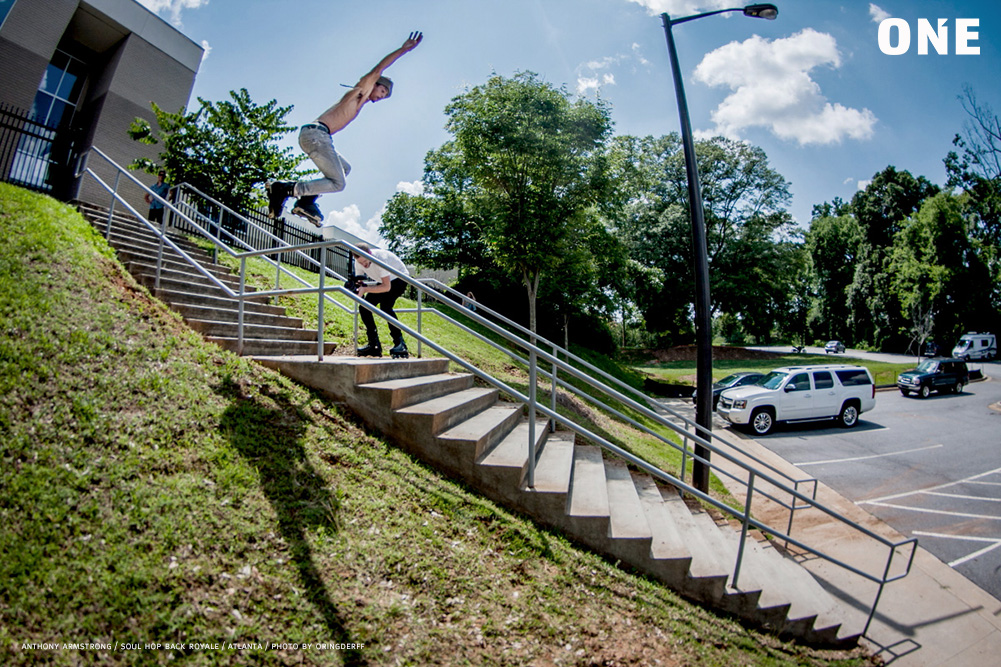 The greatest thing about the A-Town Stomp is that every year it is more of an every day session than a competition. Everyone in the south already skates together in regular sessions throughout the year, this just happens to be the biggest of them all.

The weekend starts off on Friday, where everyone either gathers at Carson Starnes’ house or meets at the nearby skatepark, Fourth Ward. If you are at either of the locations you are never bored. Carson’s house is like an amusement park, starting in the front yard with the horseshoes and tetherball. Inside there’s darts, pool, and all sorts of other things to entertain your wandering mind. Out back comes the “hammers” with a trampoline buried in the ground with a wall ride on the porch. Needless to say you should never be bored.

Saturday is competition day. Everyone meets at Fourth Ward skatepark to register and warm up. The park is an infamous skateboarder park in downtown Atlanta and usually this leads to confrontations about 20-year-old feuds. Carson and Brian Starnes hand out addresses to everyone at the park and we all head out a few hundred deep to the first spot.

When this motorcade pulls up to the first spot we see some really nice line ledges, but little to our knowledge there was a great surprise at the first spot — a hidden kink rail. It had poles only about three inches away from the rail and a rugged ditch down the side, and it turned into Daniel Henderson, Anthony Armstrong, Garrett Slobey, and a few others’ warm up, even before they skated the small ledges. After some hammers went down on the kink rail there was an all-out rampage on the small line ledges. Chris Smith ended the session there by rolling one of the ledges then gapping to the next to a true topsoil. 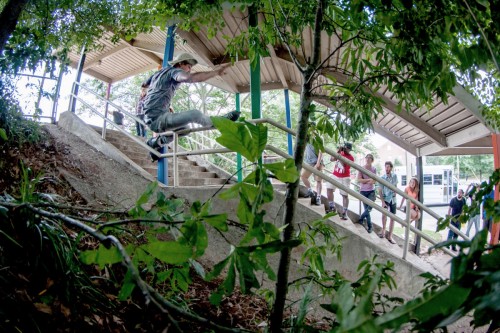 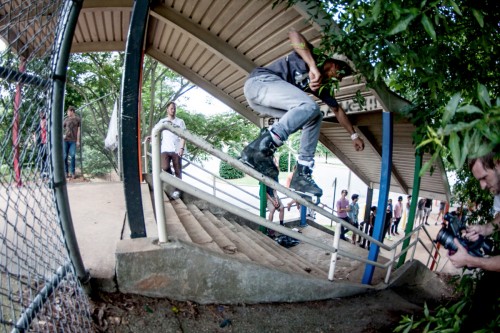 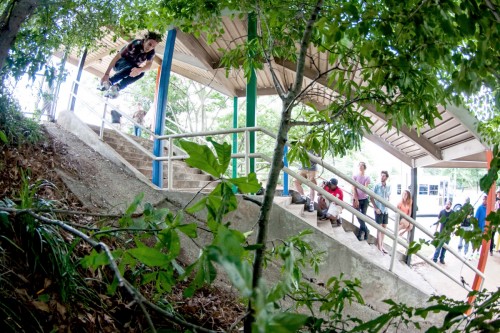 Then it was time for the second spot — a steep stair rail on both sides, with a nice stair gap at the end of it. Off to the side was a long, steep kink rail, where Adam Ehalt and Anthony Armstrong went straight to hopping the kink for the “best trick” of the competition. Everyone skated the steep stair rail like it was a practice rail in their back yards. Mike Fontanelle came out of no where with a first try fakie 360 ao top acid. Kevin Lapierre also blasted off a 540 over the whole set! 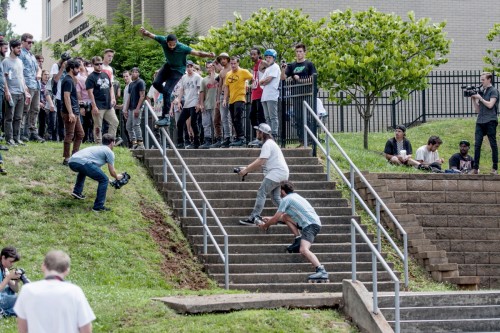 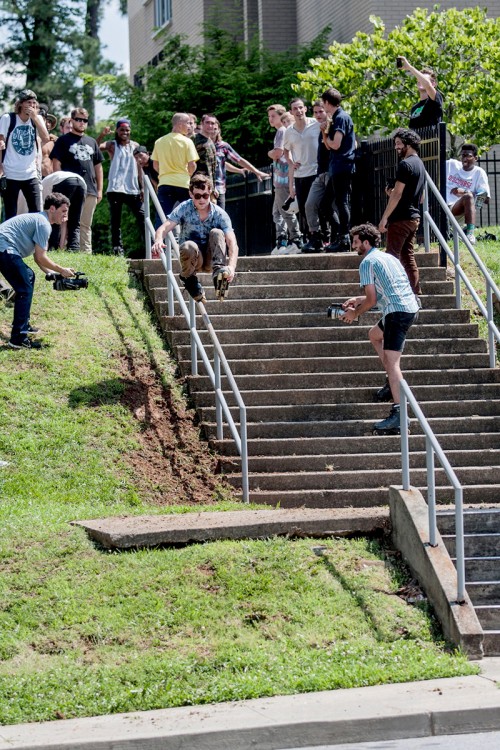 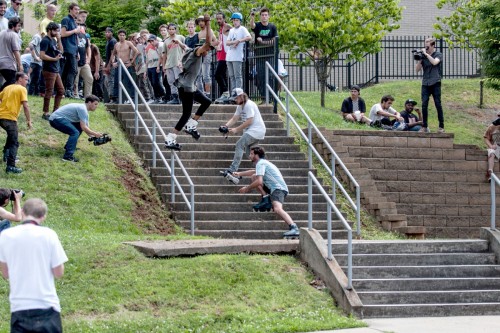 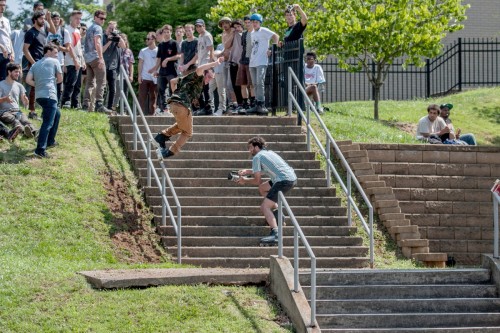 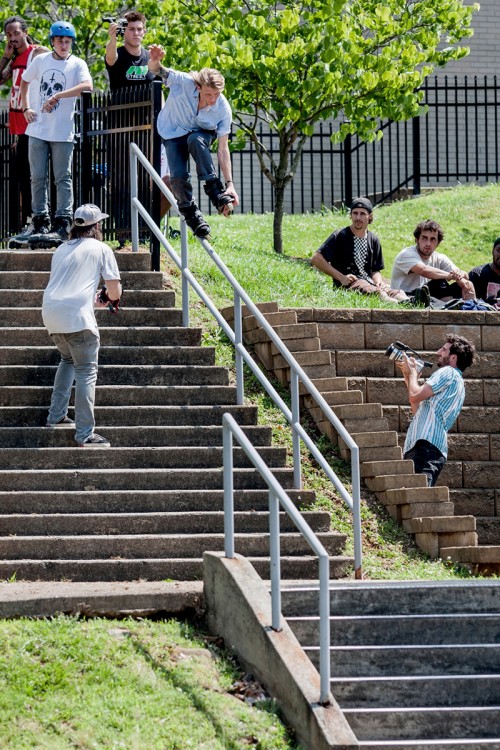 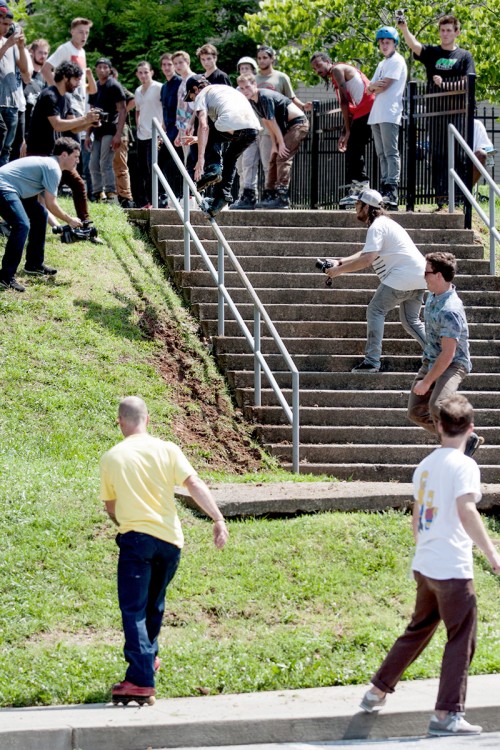 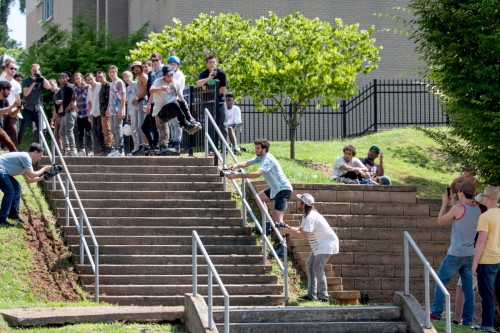 Finally we ended up at the third and final spot. Every year the Starnes brothers and other local ATL members construct an awesome last spot. Last year it was a car, this year they figured they would come with a BOAT! Everyone pulled up to a boat parked in this abandoned parking lot slightly outside of Atlanta and started gathering around it, just kind of looking at it in an odd way. People started to look closely at the boat to figure out what tricks they could do on it, and slowly but surely people started skating this awesome spot. Anthony Armstrong, again, started to skate the spot in a different way than everyone else with a huge topsoul gap to soul on the boat. Jon Cooley decided to turn the ramp everyone was using to grind the side of the boat so he could do switch and regular misty flip over the whole thing. Everyone started feeling more and more comfortable on the boat so people started doing huge spin disaster tricks from the hollowed-out hull to a down ledge. Kevin Lapierre sealed the deal for the win here with no problem by doing a 720 out of the boat and lots of tricks on the down ledge. 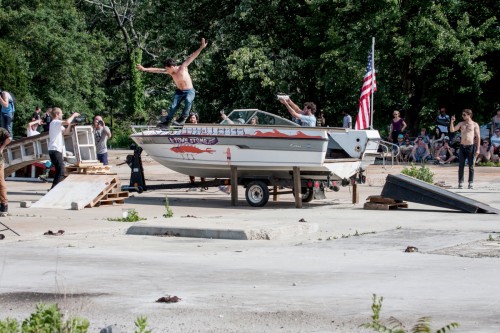 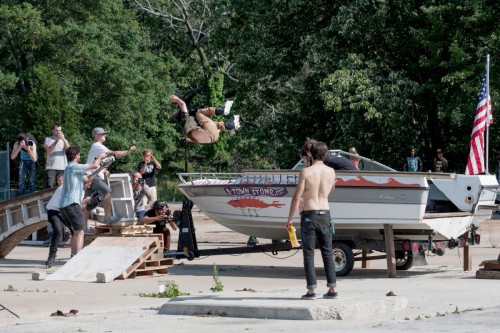 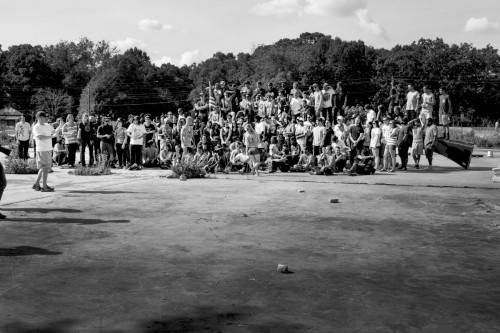 With this full day of blading behind us, the after party went down back at Carson’s house, where over a hundred people gathered to hear the event results while partying until the sun rose.

somebody buy this dude a ferrari