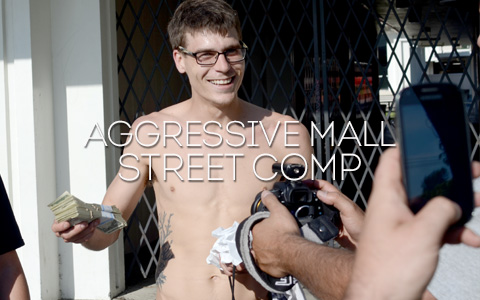 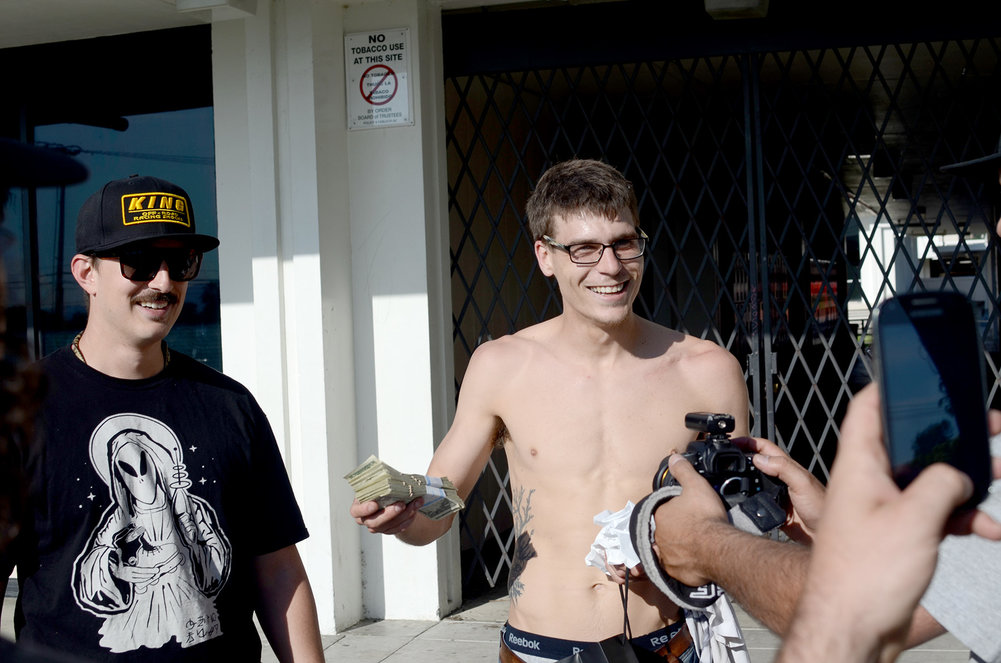 Your friends at Aggressive Mall are always going all-out for blading, but they stepped up their game again a few weeks ago with a two-spot street comp. Nate Herse was on the scene to snag some photos while Gene Steagall, Korey Waikiki, Victor Arias, B Free and all the NorCal homies did the damn thing, then AMall’s own Paco Ass Dre provided some words. Check out some coverage from a comp you might’ve missed but that you’d best attend in the future.

Street comps have been the holy grail of skating in my mind ever since the first IMYTA. Organizing sessions and throwing BBQs are no doubt fun and a great way to get the community together, but nothing really compares to the juice and exhilaration of competition. 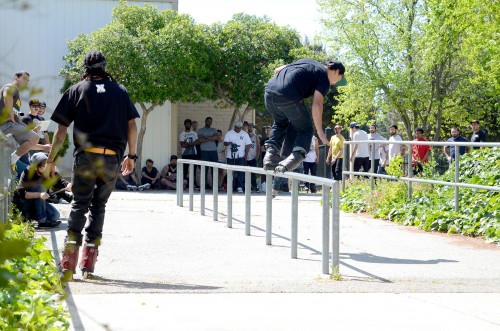 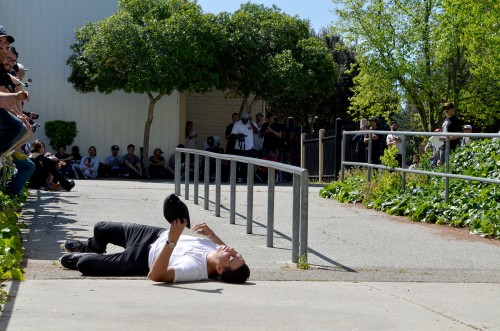 If I was a gambling man, (which I am not) I would be willing to bet that anyone that has skated in any sort of competition has attempted a trick beyond their comfort zone without any hesitation simply because they are so juiced. In my opinion, that is one of the most addicting and pure feelings that you can get from skating. While Aggressivemall has been throwing monthly Meat Ups (not to be confused with a meet up) for a few years now, it was time to step outside of the bun and into the taco. We were due for a comp. 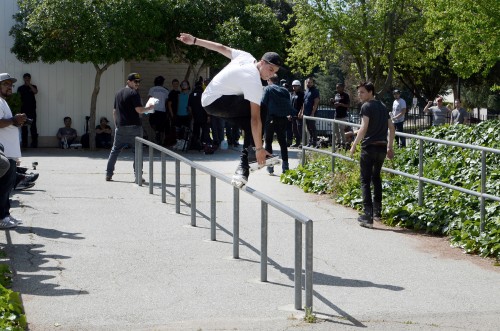 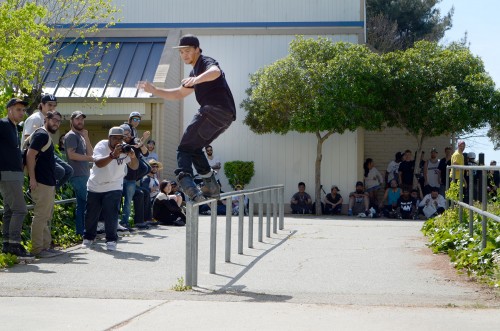 Planning for it was definitely the biggest headache, but eliminating the quintessential initial ledge spot made it 27.5x easier to plan. While there was a bunch of grumbling online and at the meet up spot, having the comp consist of only two spots long made it infinitely easier to handle. Finding spots that not only could handle a decent crowd but also were relatively low on the bust-a-meter was also a challenge, but in the end it worked out flawlessly. 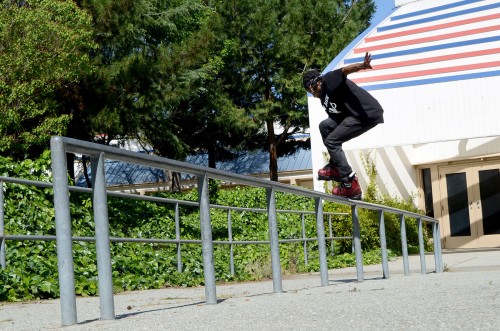 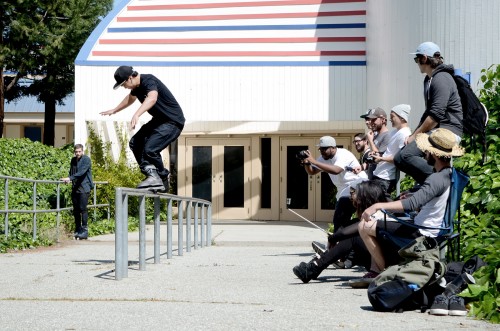 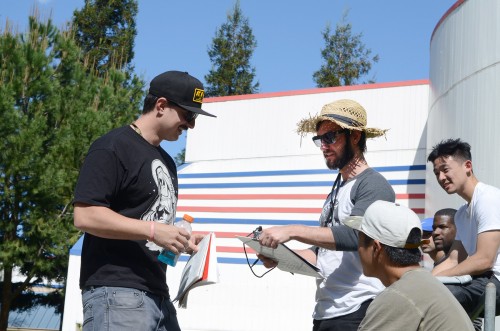 The actual competition went off without a hitch, which was a huge relief. Cops didn’t Taze any bros and no one died, so it was an automatic pull. Let’s not forget about the actual skating though. Gene Steagall taught us how to unity, Bander Saleh impressed us with his miraculous bush rolls and near death experiences, and Victor most likely is still at the spot trying to perfect his final trick.

In the end, Gene Steagall took the cake and was rewarded with two fat stacks of one dollar bills. While I can neither confirm nor deny any sort of “gentlemen-ly” activities that followed the completion, I can repeat that the he was rewarded with 200 ones. 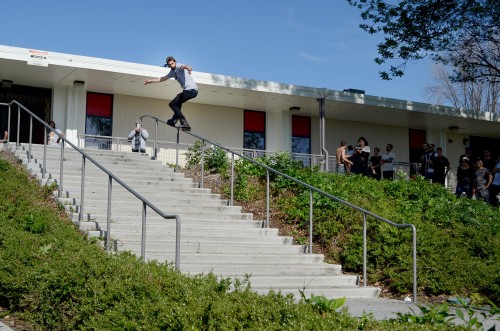 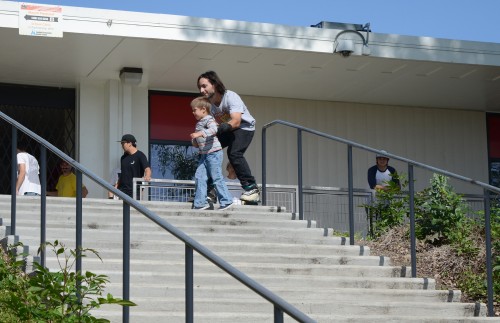 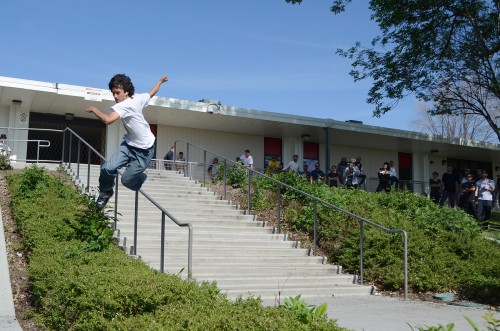 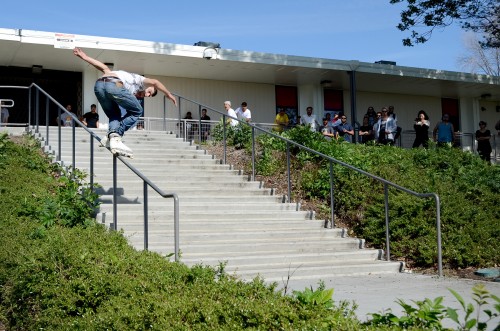 The main thing I took away from the day was how easy it was to organize and put together this competition. Without a doubt there are things that can be improved upon for future events, but in reality these things are way easier to organize than you think. 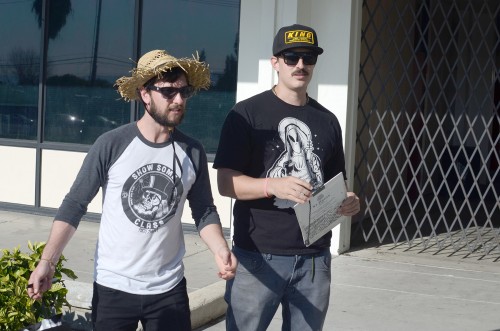 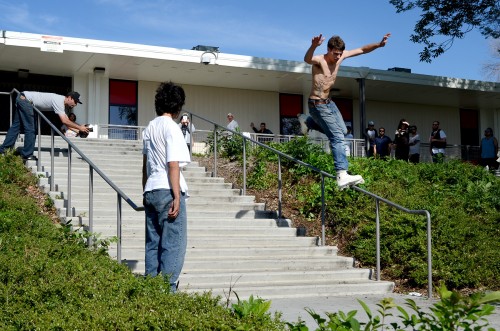 If anyone that is reading this has ever wanted to throw a comp or any sort of event, I challenge you to do it! Today’s reality is that no one else is going to organize one in your hood, so why not do it yourself? — Paco Ass Dre

I have been skating for 10 years and I have noticed that more and more of our beloved competitions and top athletes had seized continue. So what I feel it is up to us, the common blader, to put something together and carry the torch.

I have lived in Shanghai, China for 4 years now and have also witness the lack of participation of the skaters and the companies. But Shanghai does have many progressive expat/local communities that are open to new and cool things which makes it a good place to strengthen Aggressive Inline’s community. A few days ago I started a project to give the much needed exposure Aggressive Inline needs and a few local companies are willing to get involved. Reading reassured me that I’m on the right track. Thanks.