Atlanta recently played host to its seventh A-Town Stomp — the heat, the raucous crowd, the tricks — and our man in Georgia was on the scene to document the event. As past Stomps have incorporated trailed-boats, cars and other uncommon obstacles, the 2016 outing naturally featured a launch ramp/wallride/barrier sat atop a pickup truck cap. Of course! So click through for a full gallery and write up from the grizzly-bearded Corey Oringderff.

It’s summer, it’s hot, and the seventh annual A-Town Stomp just went down in Atlanta, Georgia. Hosted by the Starnes brothers, Brian and Carson put on another premier street event that didn’t disappoint. It was extremely hot, but that didn’t seem to deter the competitors who held it down all day. 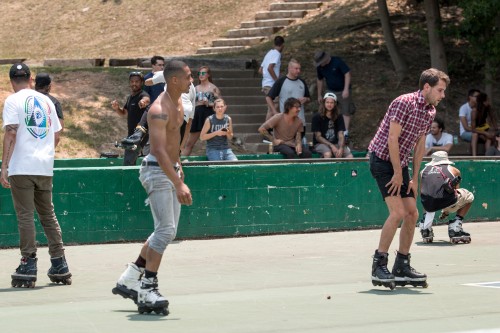 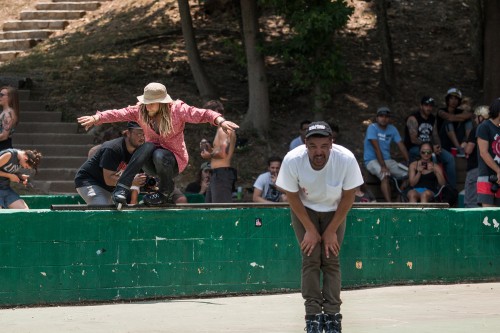 The first spot was a cool DIY ledge/rail setup. I think Adam Bazydlo welded some studs onto a couple rails and drilled holes in the ledges to secure the rail onto it. Kind of like coping on a street spot. There was a taller and a shorter one, allowing lines. Everyone chilled on that for a bit with some dudes throwing down some technical tricks. I’m not sure when the first spot actually started, but after a while I saw Gumby and Cooley walking over to the long curved kink rail. Both of them got half way when Cameron Talbott walked over. After a handful of tries Cameron landed it and the first spot was finished.

The second spot was a kink rail with a wide spot on the non-stair sides of the rail that you could roll on. There was a pretty big gap from the end of the rail to the road. I think Julian Garcia laced a topsoul and gapped to the street. Jimmy Kobyrn did a jump to roll then gap to the street, which I got a photo of but missed the landing. Gumby tried to fakie backflip the bottom set twice. Spot two really showed who was trying to win the competition. The session wrapped up shortly after Anthony Armstrong did a disaster topsoul to the flat on the kink and rode it down the end. 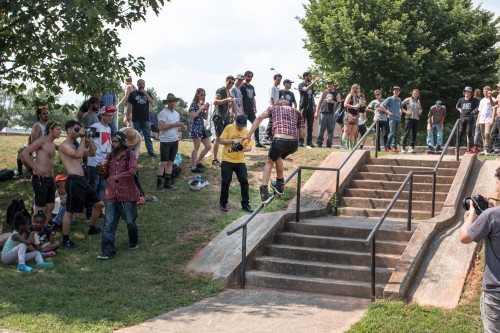 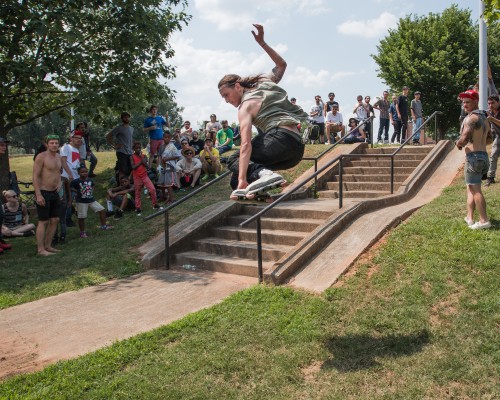 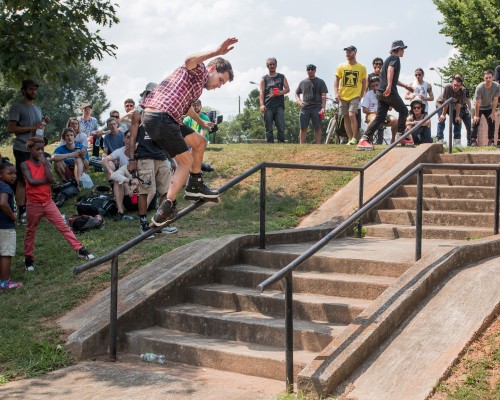 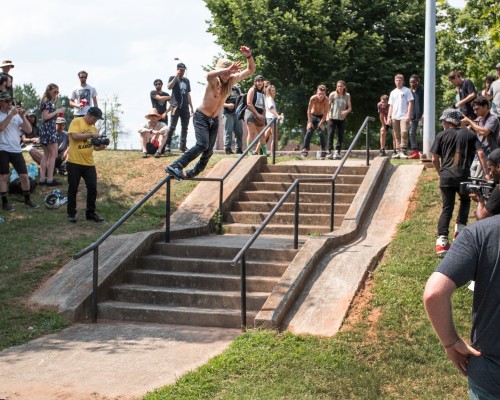 The third spot was another DIY foundation setup with a little ramp up to a truck camper with a plastic barrier on it. The side had a square rail you could grind and the other side had a tall wallride with a rail on it and angle iron on the top. The top was pretty high, so nobody made it to the angle iron. Did I mention it was all at the edge of a small drop? You could tell the high temperature had taken its toll at this point, but most of the folks still kept the battle going, right till the end. 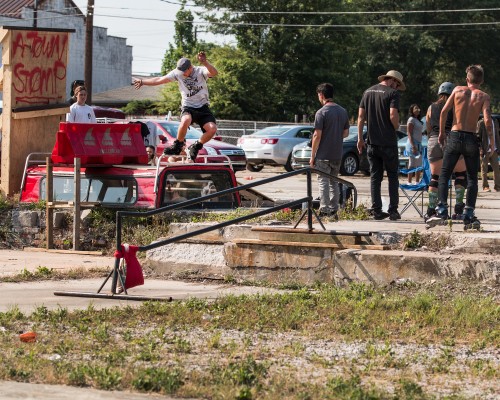 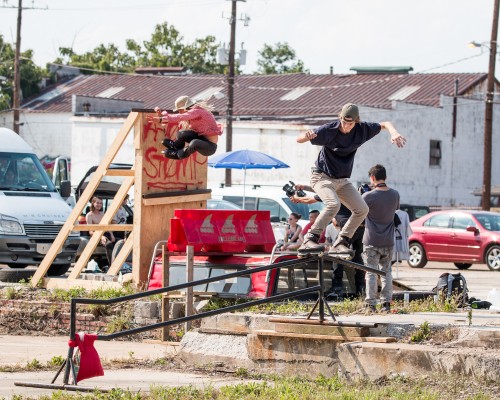 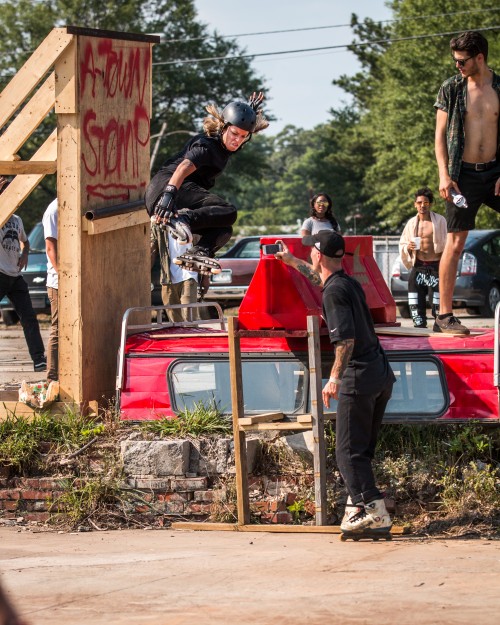 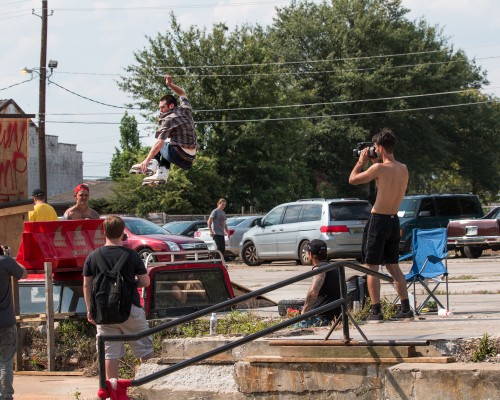 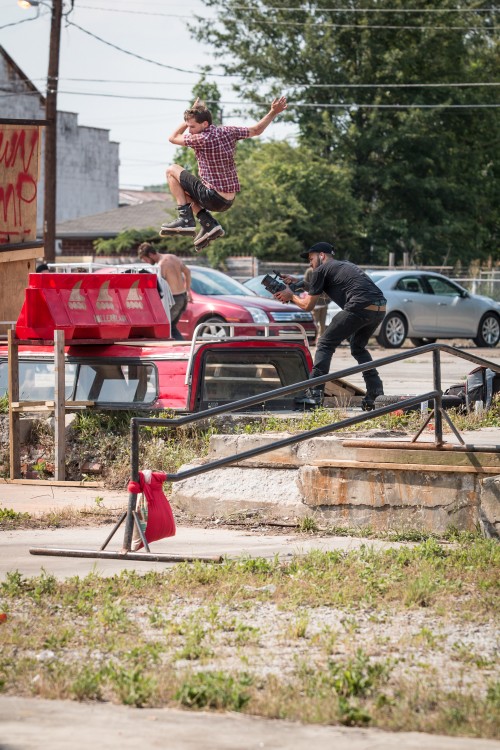 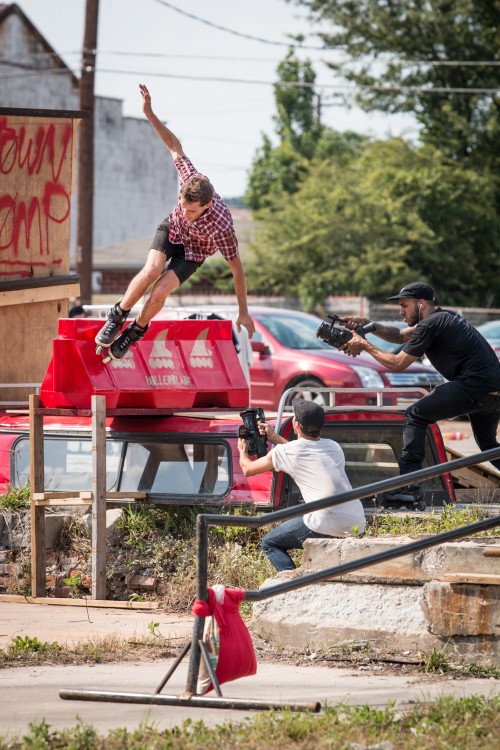 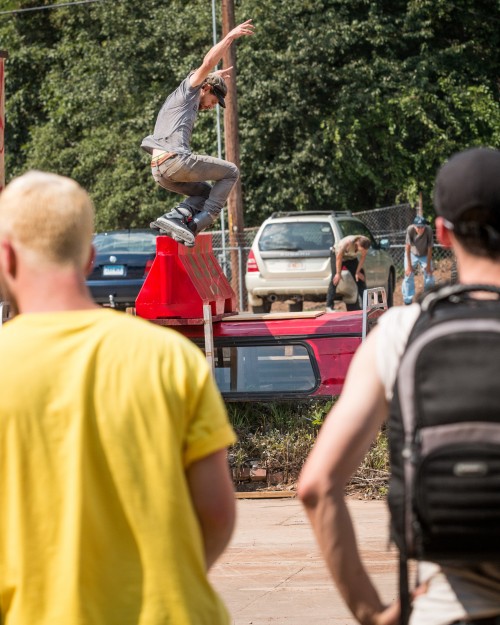 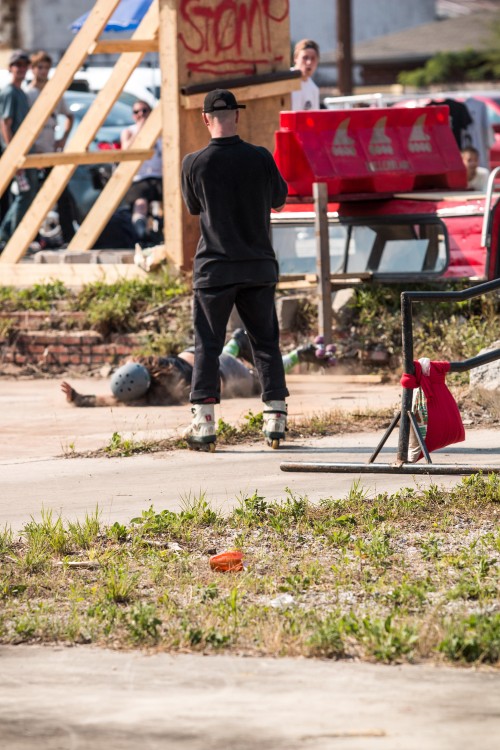 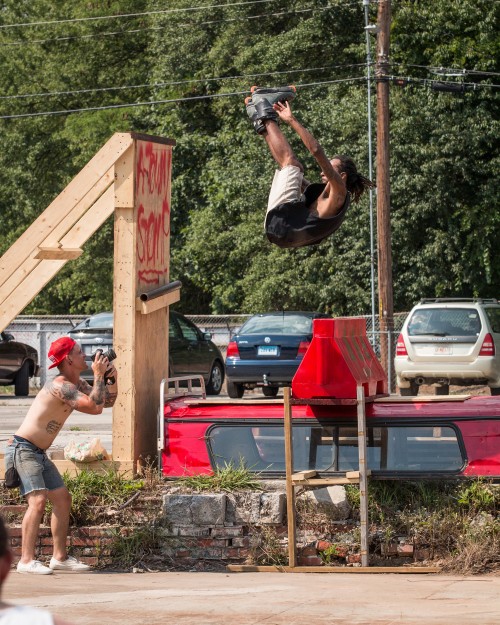 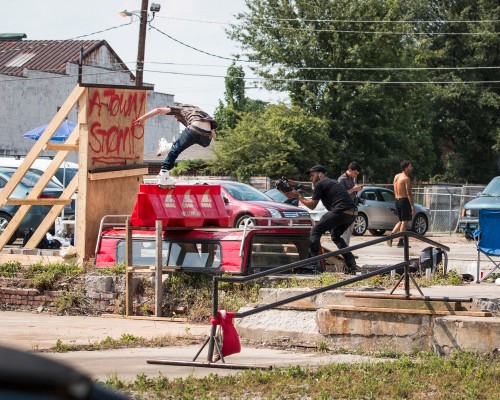 After the competition I rode back to Daniel Henderson’s place and waited until the afterparty started at 10pm to hear the winners. When we got there, there was a big bon-fire at the entrance to a popup skatepark inside an empty warehouse which was located where the last spot was. Two live bands played before announcing the winners, and there was a bar where you could buy a dollar beer. Some people were skating the popup park, which looked pretty fun. Most people were skating the mini ramp.

Eventually Brian and Carson took the stage to announce the winners as a couple musicians kept the mood and set the tone. Then the verdict was in and Jimmy Kobyrn took the win. Cameron Talbot came in second and Julian Bah took third. Best trick went to Anthony Armstrong.

Everything had resolved. Props were given and good times were had. It was time to take off. We said our goodbyes to a handful of folks around us; our Uber driver said he was four minutes away.

The 7th Annual A-Town Stomp was over, the winners all deserved their titles, and I believe all the competitors and spectators alike enjoyed the experience. — Corey Oringderff