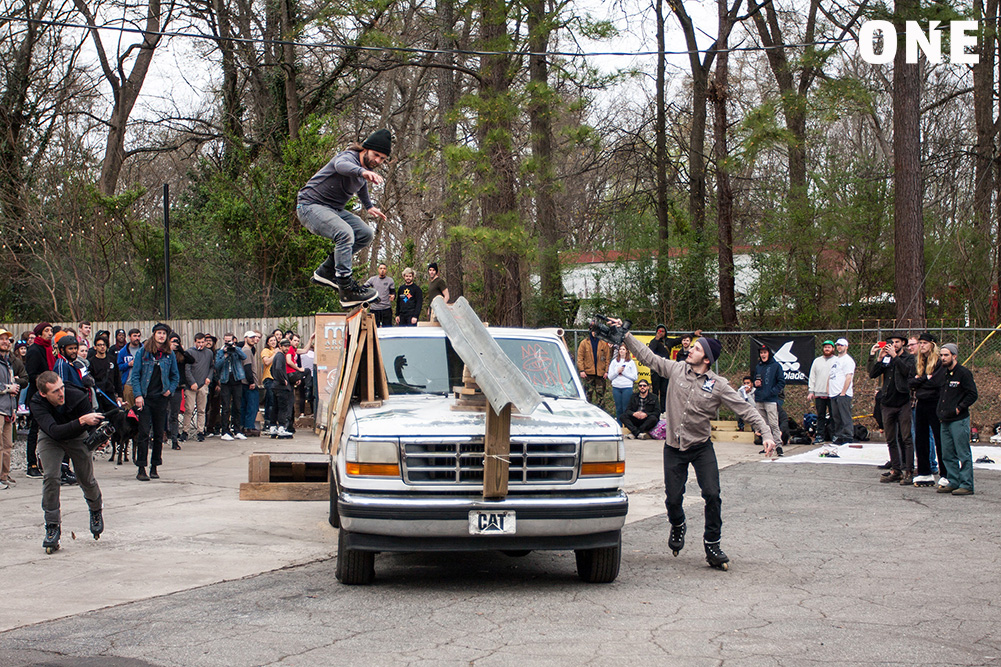 This past weekend the 10th Anniversary A-Town Stomp rolled across a milestone as the Atlanta scene came out to celebrate and compete. “Semi-retired” photographer Corey Oringderff dusted off an old camera and even made the trip to capture these images and provide some insight into just what we’re looking at — which for the most part consists of photos of a dilapidated truck-turned-skateramp that takes a beating from a solid lineup of blade talent including Grant Hazelton, Anthony Armstrong, Joey Chase(!), and more. Montre Livingston took the day’s honors, but to find out how he did it just keep on reading!

2019 marked ten years for the A-Town Stomp, and I believe either my seventh or eighth year photographing the event. This year’s contest strayed slightly from the previous years, however, since rather than hosting a street comp, Brian and Carson Starnes brought us all to Arches brewery again and hosted a p-rail session, high grind competition, and the final event – the truck. 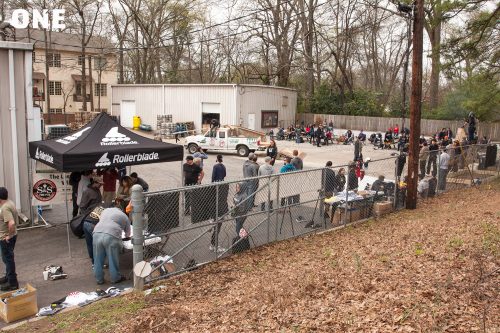 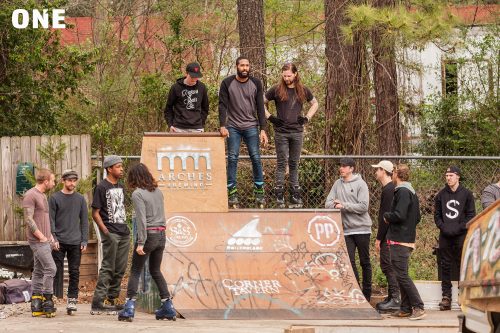 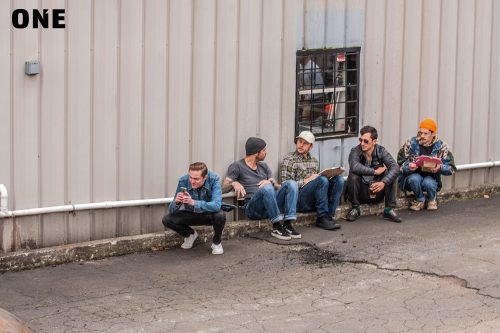 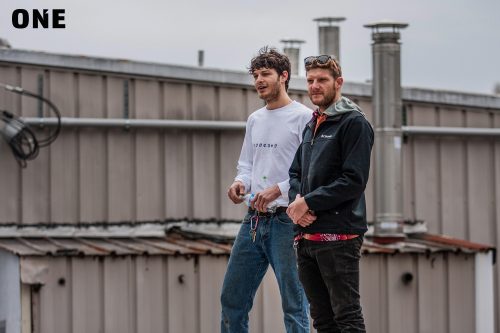 Kicking off around noon, the competitors began joining in on a constantly evolving p-rail session. In between rounds the judges would move all the rails and bumps around to create new challenges for the guys skating. This led to some pretty technical tricks, as well as some bangers, gapping over the steel bumps from rail to rail, or jumping from bump to bump. 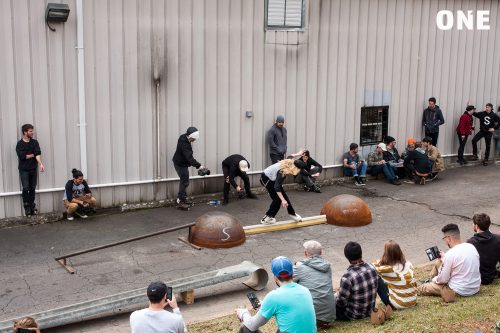 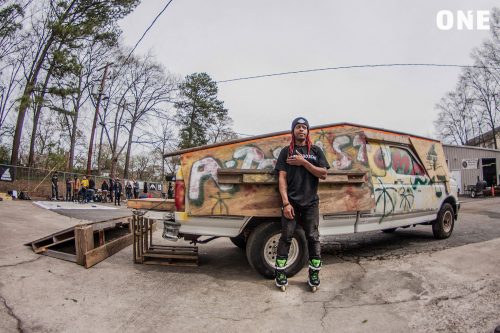 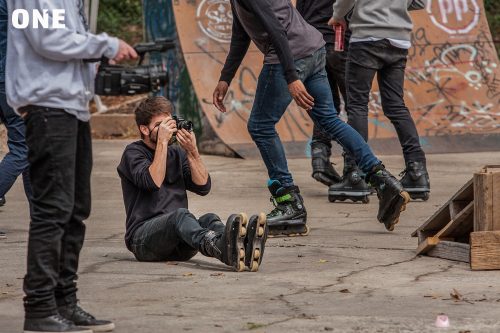 Following the p-rail session was the high jump. But no one had a tape measure, so the early crowd of competitors thinned as the ledge quickly got higher and higher. By then only two skaters were left: Terrence Clyburn and Tad Tregeagle. Tad did a fishbrain, and Terrence landed a makio. After one more height change nobody could make it happen, so both competitors split the $100 prize. 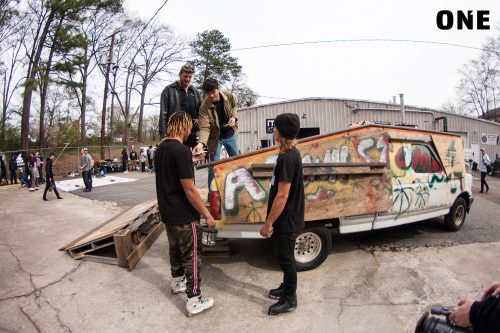 Then it was time for the main event, the truck. I didn’t notice any “rounds” or formal “finals,” though that doesn’t mean there wasn’t structure. Everybody pretty much went in 100% from the beginning and it almost felt like a last man standing event. 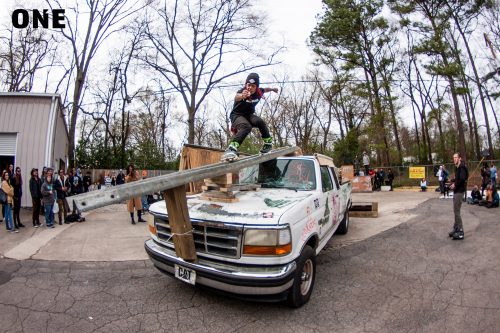 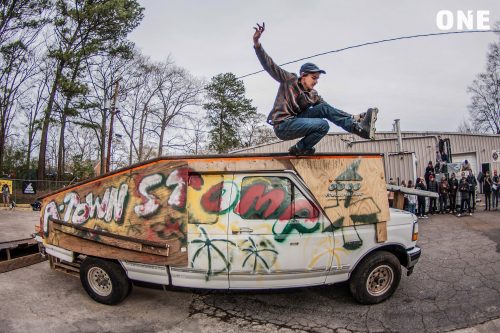 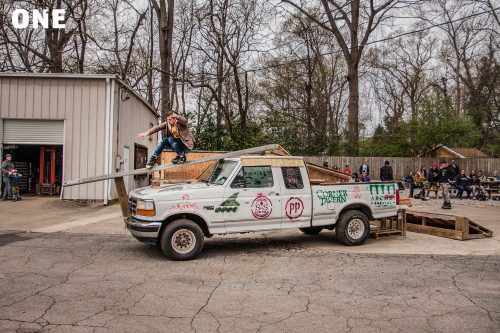 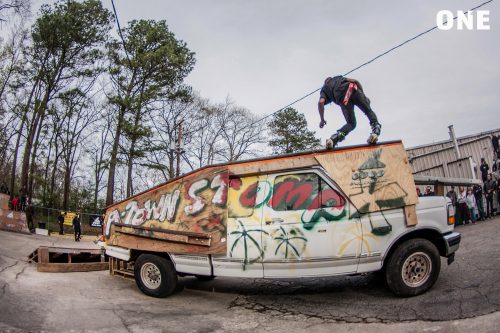 The truck was, in classic Starnes fashion, insane. There was a large up and across rail on one side, a long interstate barrier slanted down the middle, a truck bed rail, and a pvc rail over the driver’s side of the cab. The barrier could be accessed by a ramp in the truck bed, and the side rails could be hit from the ramp leading up to the truck. 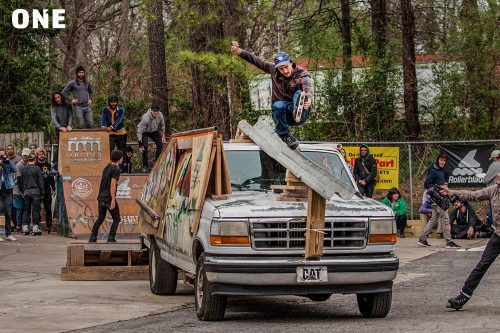 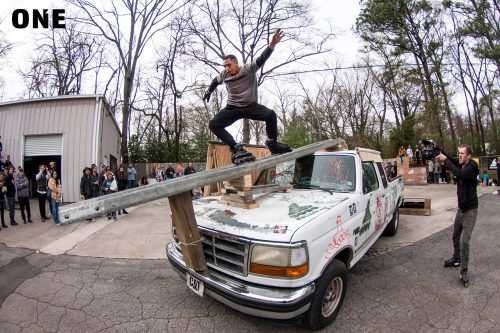 The ballsy maneuvers that the guys tried on this thing were overwhelming. Mike Koliner did a soul to hop over the barrier and rolled down the windshield like a quarter pipe. I think later on that Montre’s knee went through the other side of the windshield. There was a sharp hole in the hood and I think it was recommended to wear gloves in case you tried to grab the barrier to save yourself. Chad Anthony skated continuously throughout the day, breaking out windows while airing out of the truck bed, which led to him winning a pair of THEM skates. 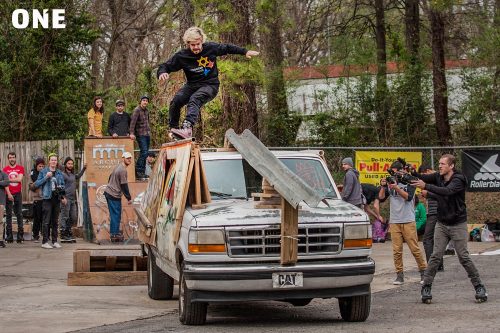 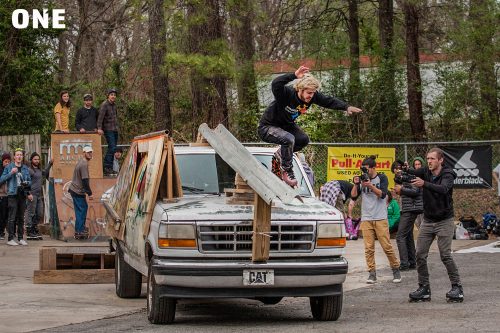 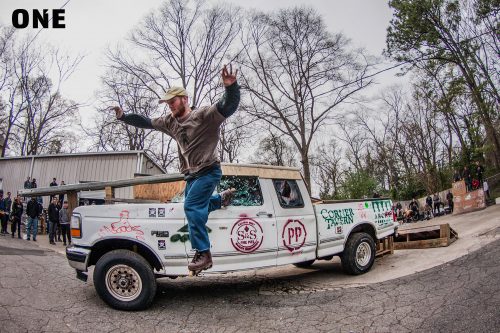 Montre was a crowd favorite, and after getting cheered on from I think was a royale 720 out, he went back and landed royale 900 out. I don’t know if they had a best trick, but if they did it was probably Montre’s True Top Soul Full Cab True Top soul Full Cab Out. Zach Pollak did some insane tricks on the up and across rail, such as a sick Topsoul Backslide True Soul fakie 5 out and a big 360 soul out of the truck bed onto the rail. 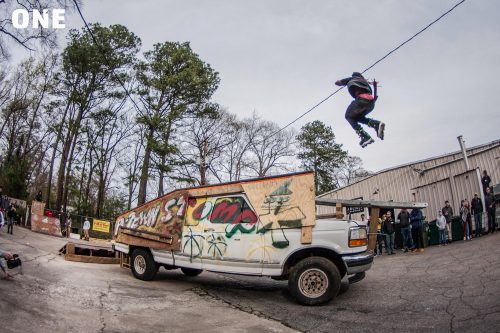 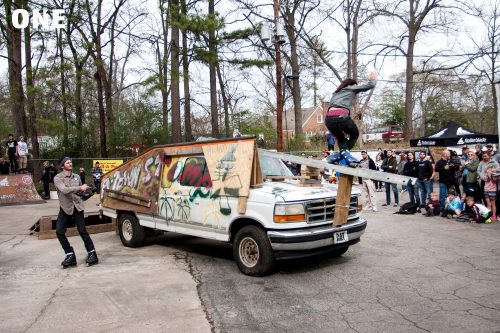 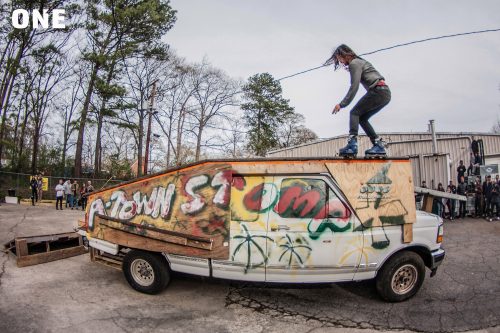 The competition ended and I think the winner was pretty clear. After a short break for everyone to catch some dinner we all met back up at Carson’s for the after party and announcements.

The day of the competition was filled with positive energy, and it was great seeing everybody that skated as well as all the guys kicking it and spectating. I think I can speak for everybody when I say I can’t wait to see what they come up with next year.

Write up and Photos by Corey “Out of Retirement” Oringderff