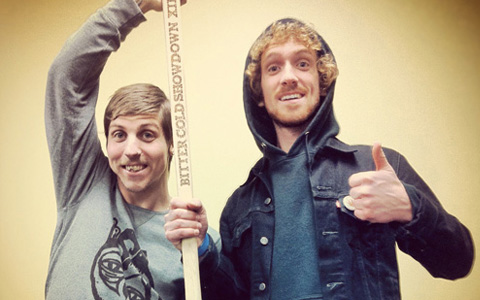 Written by ONE Staff - Published on Saturday, March 3rd, 2012 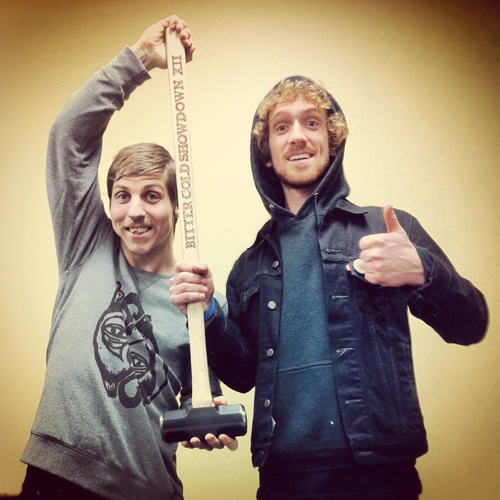 Michael, congrats on winning the BCSD Am Comp. What’s your competition history like; have you won other comps?
I got 3rd the last two years in the AM contest at Bittercold, but I haven’t won a contest in years. The last contest I won was Krans’ contest in Davenport, Iowa, called the Iowa River Rumble, in 2007, Ha ha. Other than that, I’ve placed in a few smaller Midwest contests throughout the years.

During the event, were you happy with how you were blading?
Yeah, for sure. I normally approach the contest at Bittercold really seriously. In past years I get anxious and plan out all of my tricks. This year I was much more relaxed. I just did tricks I was having fun doing during warm-ups and messed around. I didn’t take it too seriously and it worked out.

What did you think about the obstacles and course this year?
Modern is a fun park. Minnesota laws mandate that all public skateparks are Tier 1, which means all the ramps are 4 feet tall and smaller. Obviously, that’s a bummer. So I look forward to going to contests in different states, skate bigger ramps, and actually go fast.

What other Ams did you think were shredding?
Dean ripped. 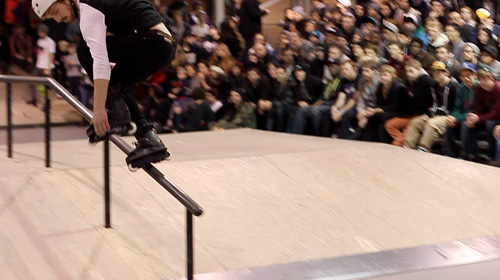 End of the line: Zero Misfit on the quarter — hold the fakie — zero bs backslide.

That Garlicmouth sure is a good dood.

Michael impressed the absolute shit out of me during the contest. His skating has improved in every aspect. What suprised me the most was how consistent he is and how he can put together a SOLID line!

I hear dean coward is addicted to meth