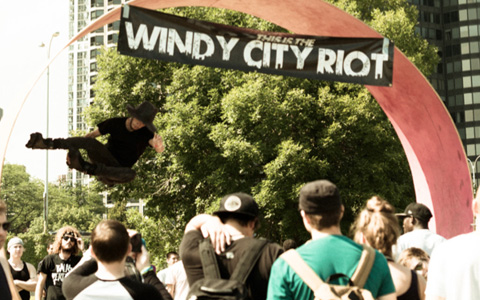 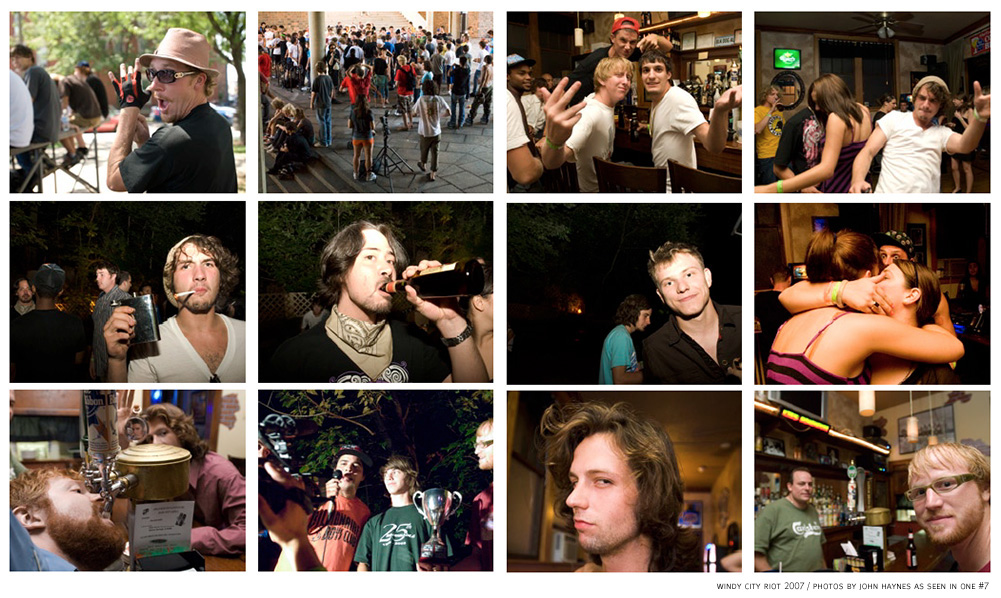 Get ready for a Riot

Written by ONE Staff - Published on Wednesday, July 9th, 2014

It might not sound revolutionary or exciting, but consistency helps scenes thrive and Chicago has benefitted from thirteen strong years of the Windy City Riot. In 2012 long-time WCR organizer Collin Martin said, “Basically, The Riot wouldn’t exist if it weren’t for Travis Conn and his ability to get Red Bull to sponsor the Riot.” So there’s the loose history. You can read the rest here. But this year sees a passing of the baton and a new team taking the reigns. One of those people is John Adams, who answered our questions to get everyone caught up in time for this weekend’s event.

Hey John, it’s your first year as one of the main dudes running this show — how’s it going?
Yeah, I’m part of the WCR committee that took over for Collin Martin this year. It’s made up of Seán Ó Dálaigh, Ben Price, Joe Esquivel and myself, plus assistance from Aidan White and countless others. It’s going really well, though we’re definitely into crunch time now.

Can you tell us about your history with the Windy City Riot?
I’ve attended every event so far, give or a take a couple of days during years where the contest was broken up over multiple dates. I’ve skated in probably half of them, including the first one in 2002. More recently I’ve been focused on covering the events in a variety of ways.

How many WCR articles have you written?
I’ve written articles for the WCR four times now. Plus Kaz and I covered the 2007 contest in Jack Be Nimble.

So you know a thing or two about how to run a big event?
Honestly, not much before this year. Although I got to be a fly on the wall while we were filming Collin organizing the Roll Series Tour in ’07, I was never an active participant. Thankfully, Collin has remained a major resource for us as issues or concerns have come up. He was the man behind 10 of the 12 WCRs previously, so his experience and knowledge are really invaluable.

What kinda stuff has turned out to be harder (or easier I suppose) than you expected?
One of the hardest things about running any event is looking for sponsorship, and I think that’s only made more difficult with a street contest because you are constantly working against the guerrilla nature of the event. Realizing how difficult that is only makes me more grateful for the companies that are able to step up.

Rallying the support of the Chicago scene is probably the easiest part. As a community we’ve figured out how to guarantee a large cash prize through individual contributions and the fundraising competition circuit we hold every weekend leading up to the event. This is really what makes the event so sustainable regardless of outside contributions. As a result we can guarantee a cash prize of $2,000 and rising. 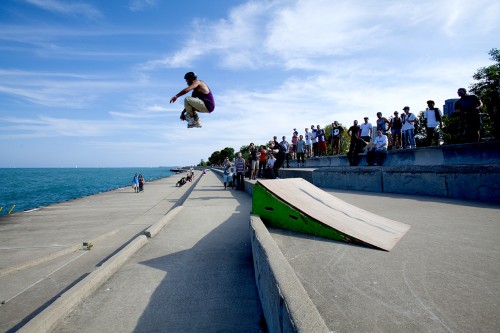 Has anything about the WCR — like the spirit or attitude or anything — changed now that Collin has tapped out?
Collin contacted all of the members of the WCR organization committee directly to ask us to be involved, and I think he did that to make sure that the event stays true to itself and true to the Chicago scene. The Windy City Riot is, and has always been, a celebration of Chicago street skating. At their best, the events have strived to be successful reflections of whatever Chicago rollerblading looks like in the year they are held. Whether that’s a chill skate up the lakefront, endless days of driving from hammer to hammer in the suburbs, or a wave of chaos pushing through all of the classic spots in the loop. This year will be like all others in that it will be a little different from all of the others.

How important has the ongoing success of the Riot been to the blade scene there in Chicago?
The Windy City Riot and the Chicago blade scene are so intertwined that it’s hard to consider one without the other anymore.

Unlike almost every other local event out there, you guys have feeder events to raise money and awareness of the main Riot event. How long has that been going on, has it been working, and do you suggest it as a tactic more regions should adopt?
This is the second year we have done the fundraising events and I can’t really believe it took so long to come up with the idea. It’s really a perfect funding solution for a larger scene like Chicago’s. I’m not sure I can generalize and say that this is the most effective approach for other regions, but if you’re holding an event and need a creative solution for prize money, I think it’s worth trying. I’m pretty sure I saw the other day that the KY Battle is trying to do something similar. 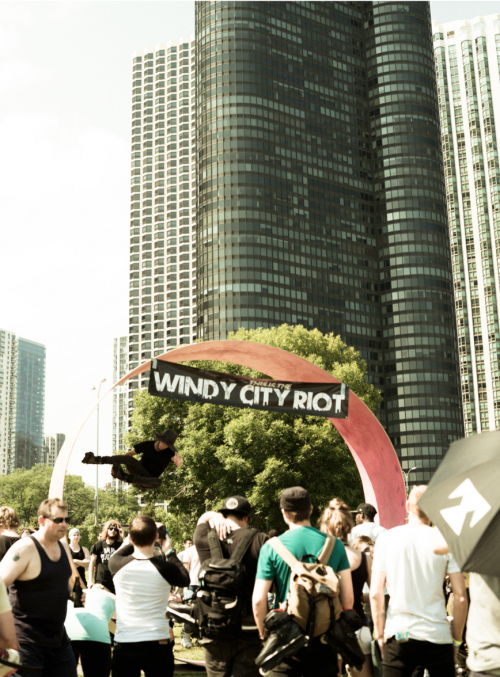 So what’s the next event, and how has the organization of these events worked — they’re kinda off-shoots run by the local guy on the ground?
We hold small contests at local parks and spots in the area every Saturday in the 10 weeks leading up to the Riot. Each event is hosted by volunteers from the local scene. Every host is free to structure their event however they want, but generally they consist of charging $10 to enter and guaranteeing $50 to the winner. All remaining money is put into the WCR purse. This varies from $50 to $300 raised from each contest, which isn’t huge on its own, but spread over three months can lead to a significant prize. What might be even more valuable than the money raised is that it gives bladers in the area a reason to get together once a week to skate during the summer. These events have replaced our old Friday Night Skates to a certain extent. This week is the Burnham Clash at Burnham Skatepark (31st and Lakeshore), the oldest cement park in the city limits.

What was the biggest year for the Riot, and do you expect to surpass that?
It’s tough to say because all the contests start to bleed together in your memory after a while. Probably during the ’03-’06 peak of street contests the actual attendance was highest, but last year felt big. Big energy, big names, big tricks. It ended with a battle between some of the top skaters in the city and Sizemore and Bolino. We’re sure that level of excitement will continue into this year. 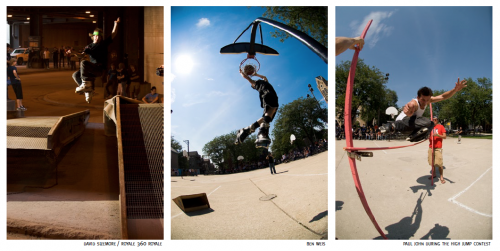 Anything else to add?
Huge thank you to all of our sponsors: The Pull, ONE Magazine, Razors, Remz, Ground Control, Jug, Roller Warehouse. Lagunitas and Lake Bluff Brewing for supporting the pre- and post- parties, respectively. Alex Curi and Pato Thornycraft for being committed to the cause. Everyone who helped out with fundraising events, with special recognition for Paul Alanis, the grill master. Everyone who plans to make it out this year. We look forward to seeing you July 11th and 12th.