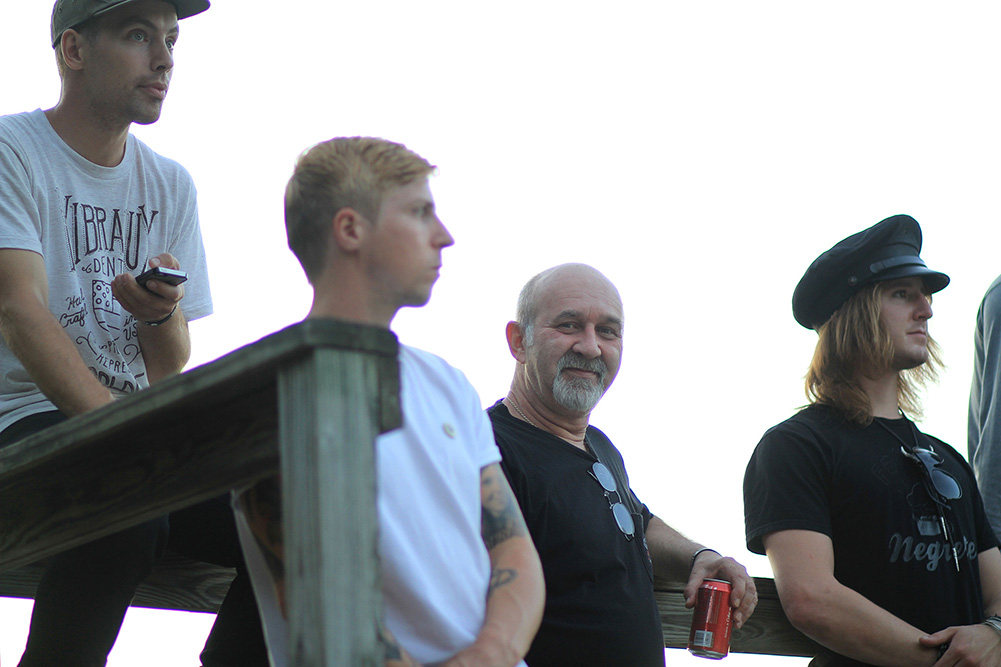 Saturday, August 22nd the sixth annual James Short Memorial Session was held at the James Short Memorial Skatepark in New Philadelphia, Ohio. With a legacy that spread through the internet and an infectious personality shared with his idols while traveling and blading, the JSMS is similarly well-attended by a mix of stand-out blade personalities. This year’s event was no different, and in fact brought as prestigious a mix as ever. Sam DeAngelis was on location to blade and document, so here’s a batch of pics and words from the scene. Toe Roll In Peace.

Top pros, new faces, live bands and beer cases — the James Short Memorial Session is quite possibly the most laid back and entertaining session of the blading community. Rod Short, father of James Short who passed in late August of 2009 at the age of 24, has promoted a successful event for the past six years, raising money for a foundation in his son’s name. 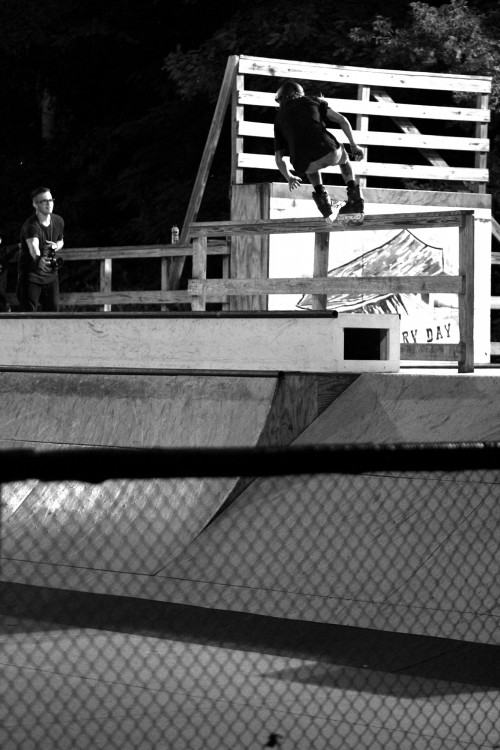 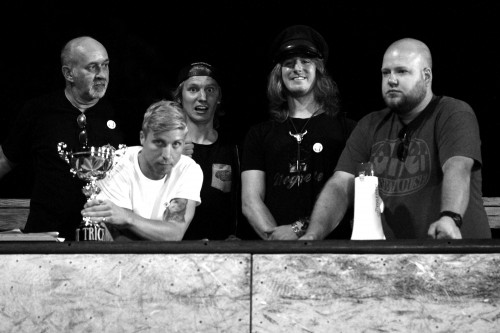 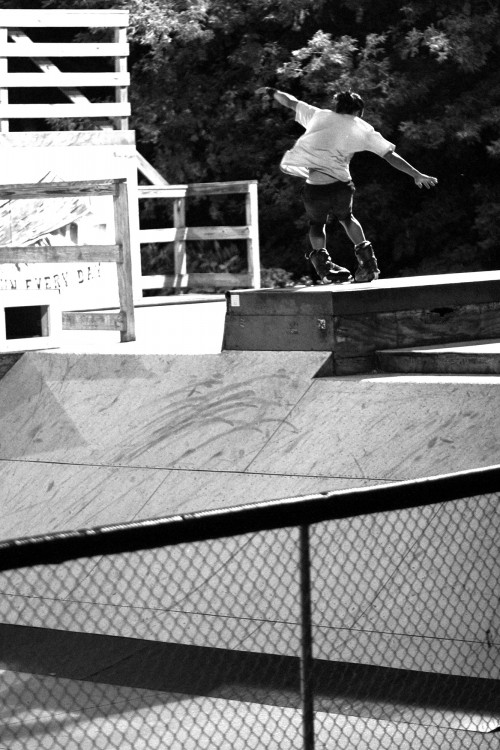 With attendance and pro count growing each year (this year including Chris Farmer and Alex Broskow), so does the number of vendors at the trade show. Merchandise tents range from limited edition clothing and hard goods, to tattoo shops and a Paul Mitchell hair cut for donations… with just about everything in between. The Chai cupcake from a local bakery is undoubtably a hit amongst everyone with a mouth. Better yet for us, the box of cupcakes apparently fell over when delivered to the skatepark, so they were half off. Score. 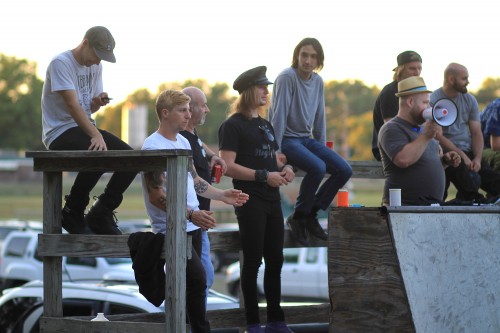 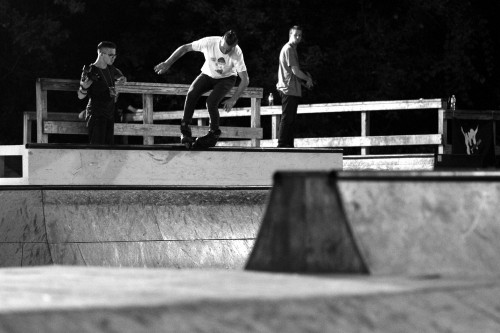 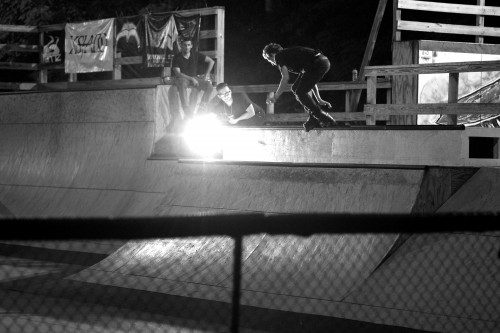 Al Dolega made the trip from Detroit to build a new feature for the park that was skated in the small area during the toe roll competition and later carried to the big park. The 20ft-long feature was placed above everyone’s favorite quarter pipe and proved to be the perfect sub box. 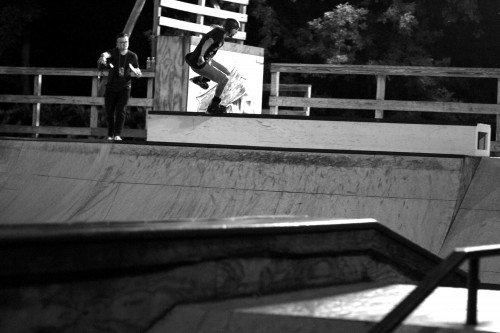 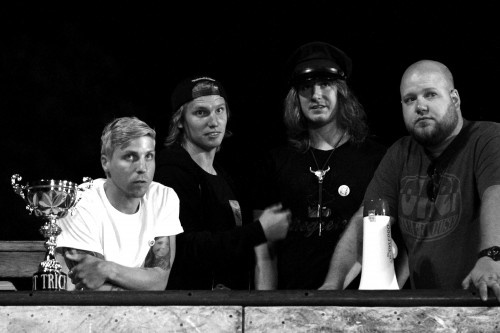 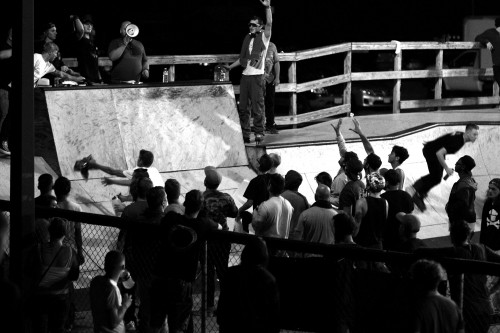 As for the crowd, well the tree line past the park fence was lined with tents, the bleachers were filled, and the lawn played host to additional spectators trying to see what was next.

Dolega went on to announce the competition making him the MVP of the day. With him it would not have been the same.

Then entire event was filled with smooth skating, laughs and great memories of James Short. Ending the night with James’ band reunited and playing harmoniously in his tribute.

Photos and words by Sam DeAngelis