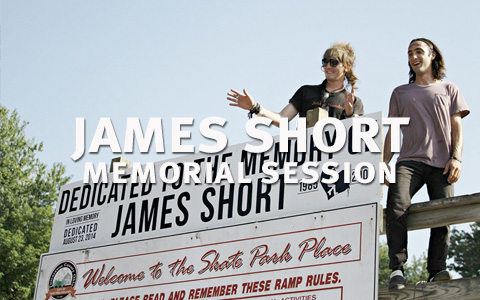 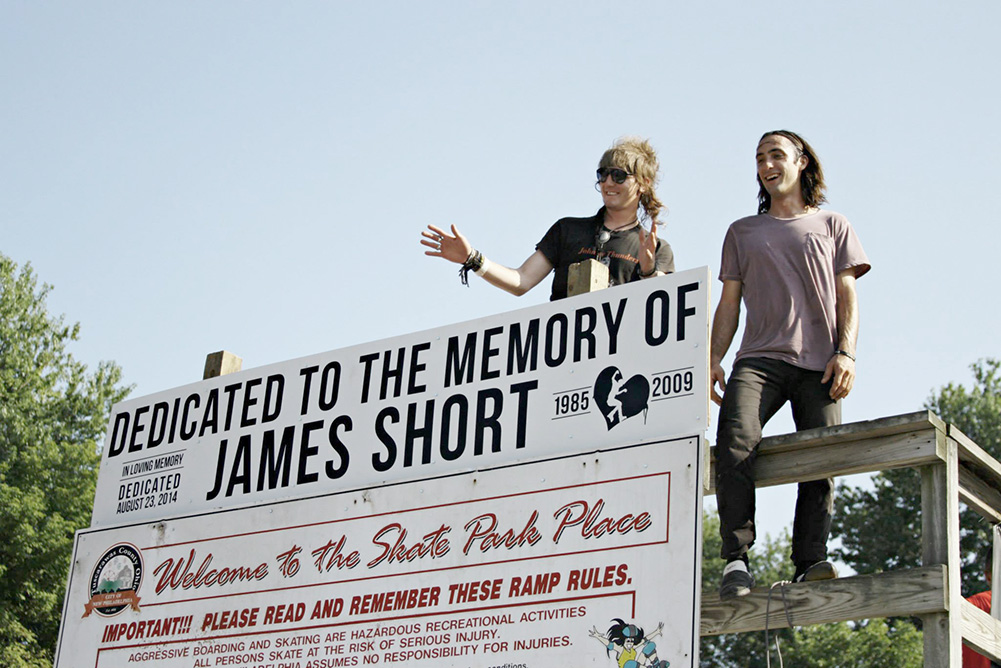 Written by ONE Staff - Published on Monday, September 8th, 2014

The best day of the year. That’s how I hear so many people describe the James Short Memorial Session. When I think about every other day and event throughout the year, it really is better than the rest. There is no other day where I’m smiling as much as I am while I’m at JSMS — on my blades all day, eating great food, surrounded by some of my absolute best friends laughing and remembering.

When I first came up with the idea for the Memorial Session, I wanted to do something for James to keep his memory alive by doing what we always loved to do with our friends. I never thought JSMS would turn into what it is today. Shortly after the first JSMS I left Pittsburgh to prepare for a move to North Carolina. Since I was so far away I let James’ parents Rod and Reb take over handling the event, and it was the best decision I could have made. They have turned a small gathering of James’ skating friends into something that can only be described as full-fledged festival, with James’ essence in every inch. We can never thank them enough for all the hours of hard work they put into organizing the event. I can never thank them enough for raising my best friend and role model, who changed my life so much in his short time on this earth. 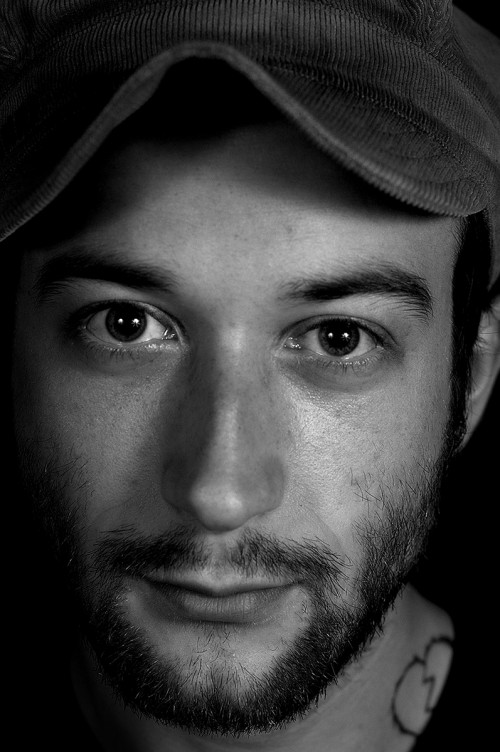 This year’s event could have been plagued by horrendous storms that had been rolling through Ohio all week. Miraculously, and probably by James’ doing, as tents were being set up Friday the clouds finally broke and the sun beat down heavily. Even a short and heavy afternoon storm couldn’t stop the crew, or Ben Schwab, who had decided to hit a roof roll to drop rail after the mandatory Daily Grind food and coffee break. As Saturday came, more and more people poured in to New Philadelphia. Rollerbladers from Columbus, Cleveland, Cincinnati, Dayton, eastern and western Pennsylvania, and all over Michigan had arrived. By the time Al Dolega was calling for the toe roll contest that afternoon the skatepark was packed and bustling. At one point during the hectic Best Trick Contest, Chris Farmer said “This is insane” as he watched multiple bladers criss-cross around the big park, making it seem more like a demolition derby than a blading event. As the night wound down chai cupcakes were eaten, bands played on the big stage, and “goodbye’s” and “see you soon’s” were said to good friends. 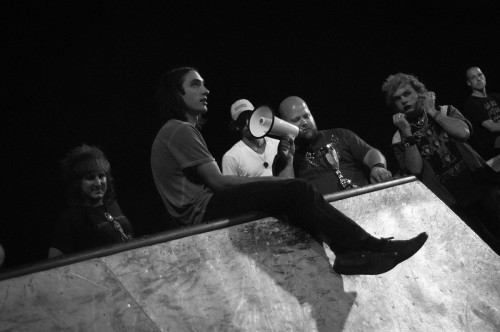 Al on the megaphone. 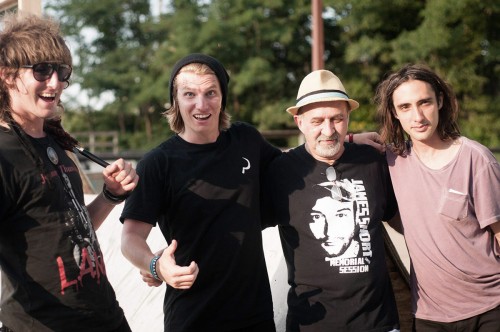 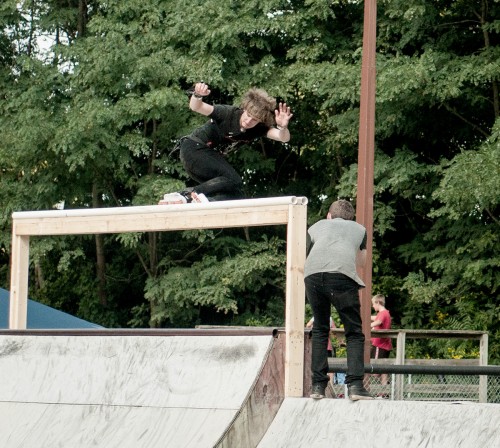 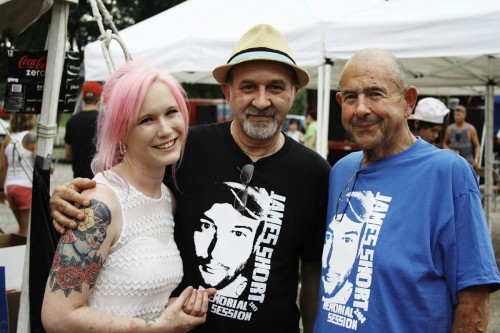 Heather, Rod Short, and Paul B 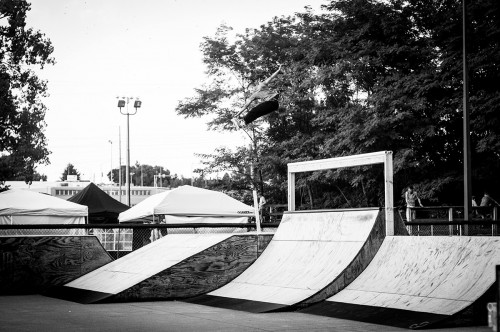 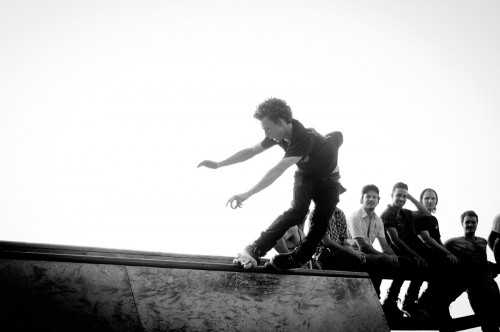 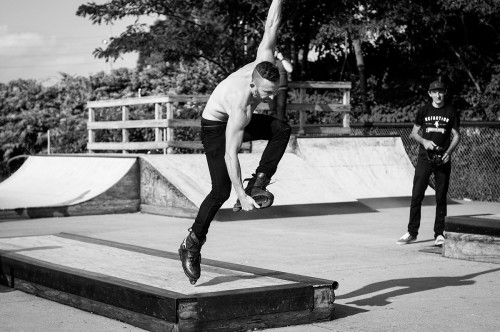 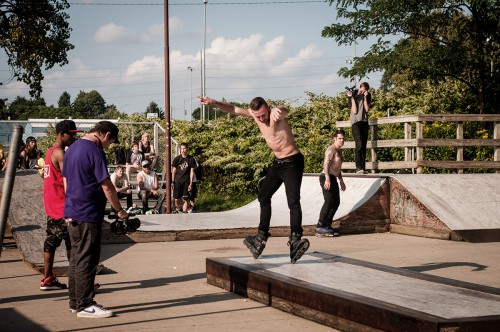 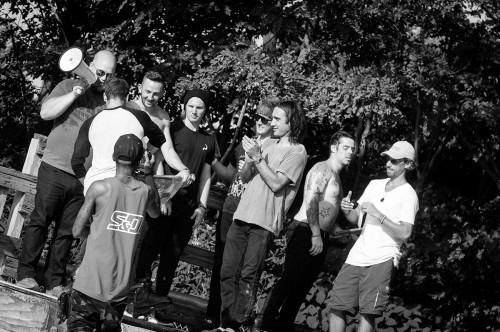 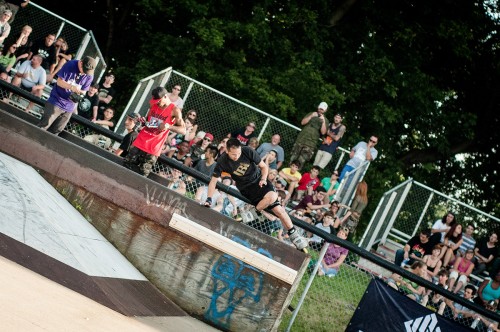 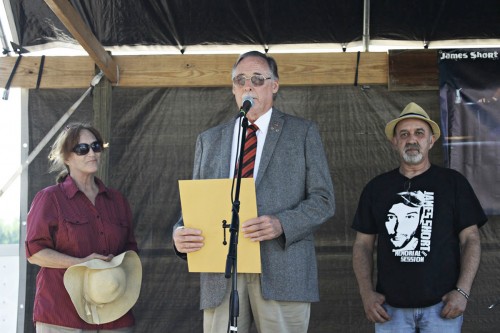 Every year always feels like a great success, but this year had the added bonus of the skatepark finally being dedicated to James. Thank you to every sponsor, every food vendor, every person that volunteers their time, and most importantly Rod and Reb for making sure this event goes off without a hitch every year. Make sure your 2015 calendar has the last weekend in August reading New Philadelphia, OH. Like every year, next year’s Memorial Session will be even bigger and more fun than the last. — Stefan Brandow