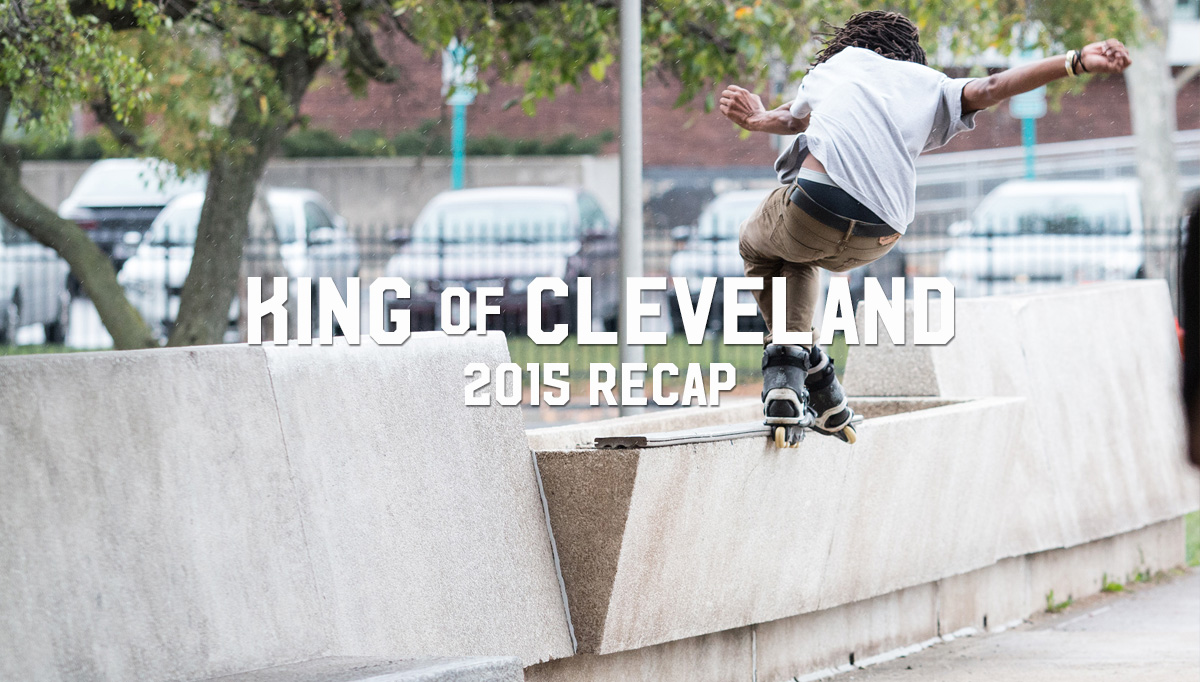 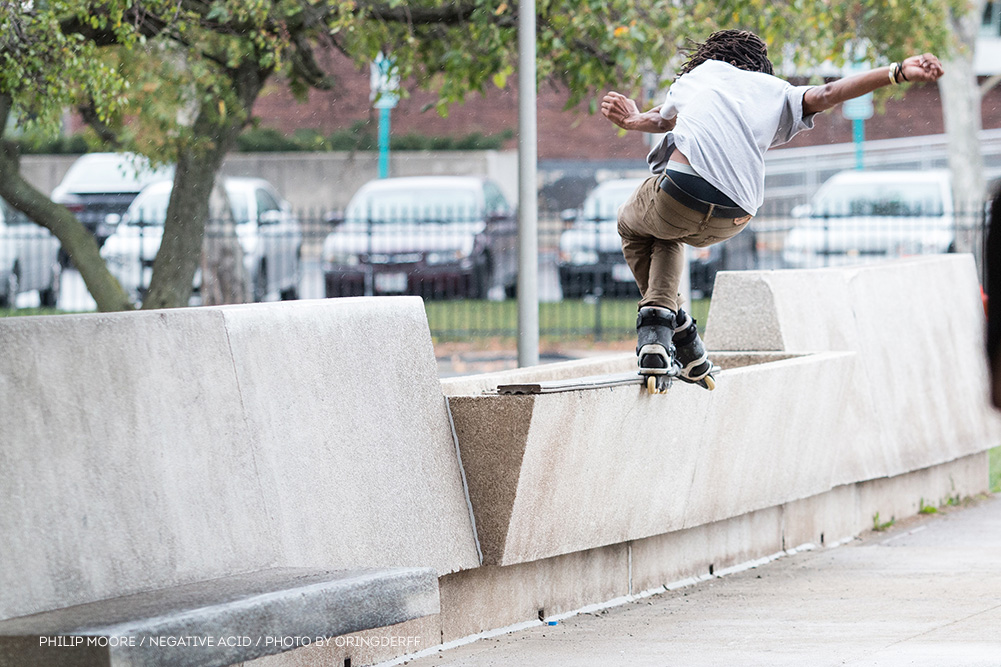 Written by ONE Staff - Published on Thursday, September 15th, 2016

Just two days from now bladers from all across the mid-west, southeast and eastern seaboard will head to a once-great city of industry to battle Philip Moore for the title of King of Cleveland. One year ago we sent Corey Oringderff to Cleveland to document the event… and for 12 months these photos have patiently sat, waiting for a brave and capable individual to write the story that they could accompany. And that has finally happened! Now, with just two days before the 2016 event, our hero has emerged… and it is none other than the champ himself, Philip Moore. So sit back and enjoy this flashback/hype piece for the 2016 King of Cleveland — going down this weekend!

This story starts with a group text between Carson Starnes and Corey Oringderff and myself about really cheap flights on Frontier airlines to Cleveland. Once it was established that both Corey and Carson had already booked, I jumped in and did the same, all of our tickets combined were less than $200.

The next thing I recall is getting to the airport in ATL with Carson and discovering that Jon Fromm was flying to the very same contest but on a competing budget airline. (Shout out to Frontier airlines for getting me around the country for the past three years). When we arrived in Cleveland later that night our friend Brandon gave us a grand welcome as he scooped us up in his flashy Infiniti sedan. 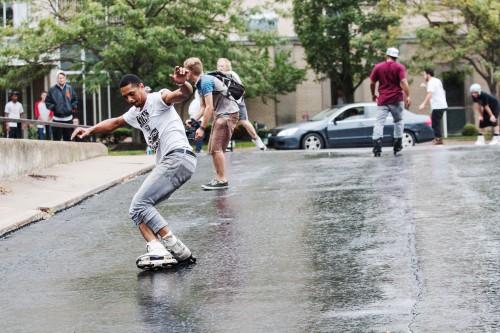 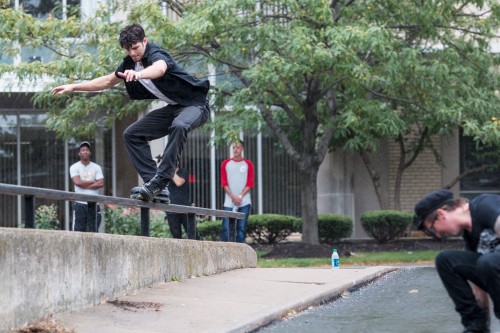 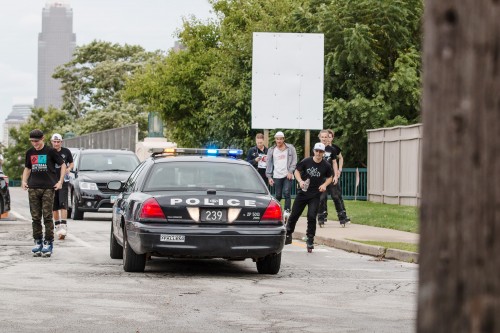 King of Cleveland is no joke — the contest began the night we arrived. There was a parking garage race, which encountered a small amount of interference when law enforcement tried to enforce their laws on our group. Luckily things ended smoothly with us getting a chance to skate down the garage once. 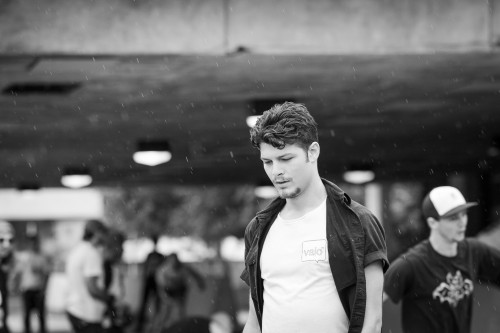 On event day the sky was overcast and the chance of rain was fairly high but the first spot had a bit of cover, which Jimmy Spetz promptly parked his car under. The rain started almost immediately but was light and didn’t hamper the registration and first heats of the competition. 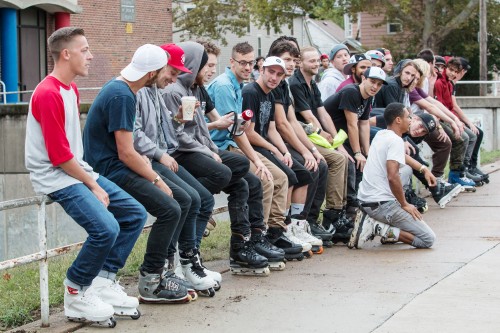 Set up across about six spots in total but less in reality due to kick outs and rain. At one spot on the Detroit crew and Carson got to skate, since everyone else got lost and by the time they showed up everyone got the boot. 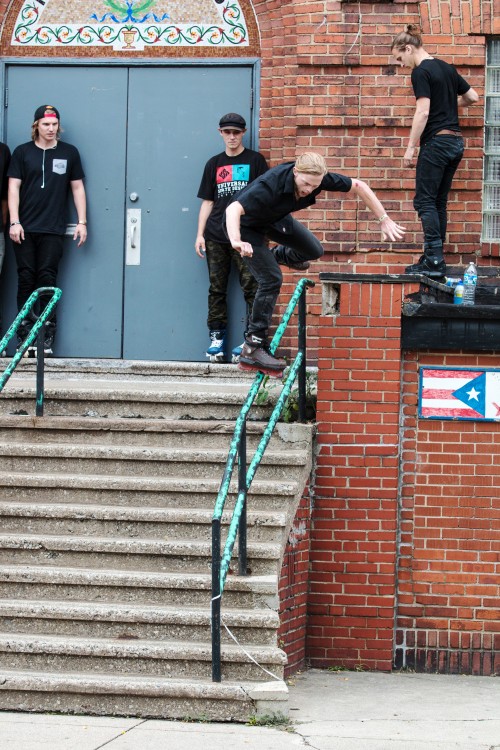 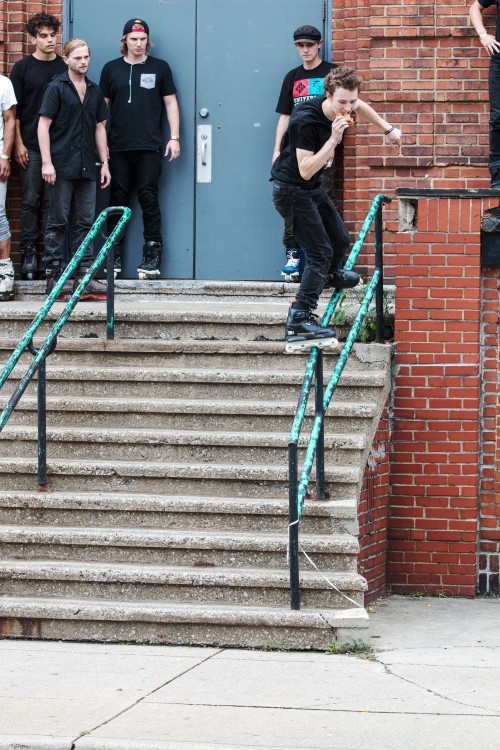 And since I won the event and am writing this story and, well, just because… I’m gonna go ahead and jump abruptly to the final spot, which consisted of a perfect flat bar at a elementary school.

As anticlimactic as that sounds, there was a gnarlier spot at the same school but of course the cops showed up. What happened next would be better described by Brandon and Spetz because they finessed the cops into allowing us to finish the comp without going further onto school property. (WHAT?!) 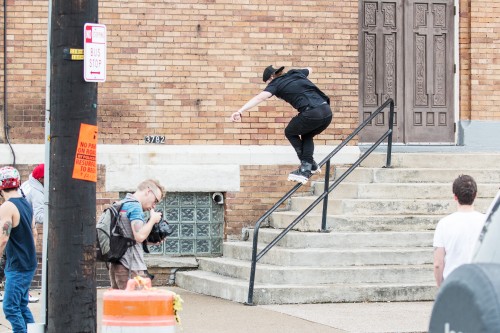 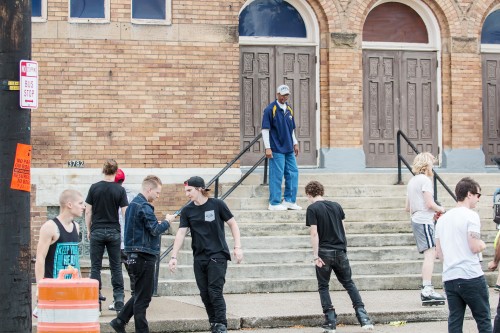 Things turned up from there. While the finals went down local kids decided to start scaling the side of the building, either to watch us skate from higher vantage or to try and out do us in the danger category. I won’t bore you with the specifics of what went down on the rail but lets just say it was, as the kids are saying these days, lit. 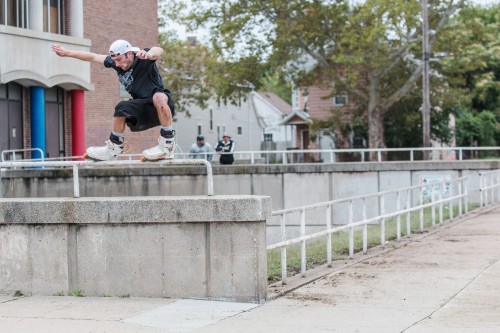 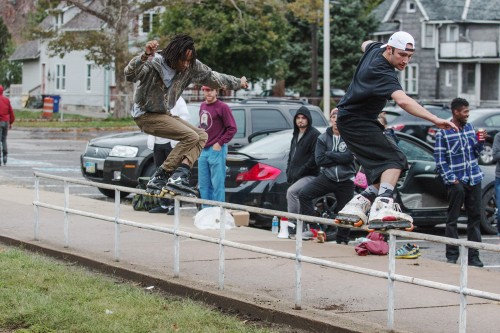 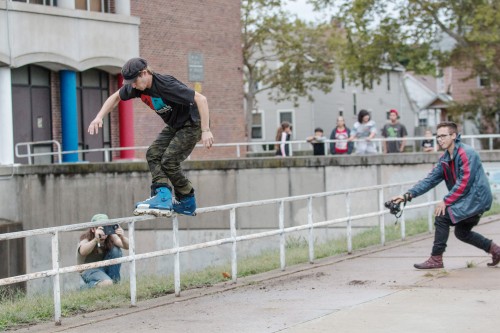 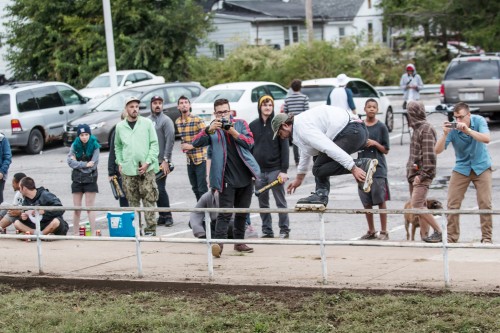 The champions were crowned by a ballot system and somehow I ended up coming up out on top with Luke Naylor & Alex Xela taking 2nd and 3rd respectively.

Coming up this Saturday is the Third Annual King Of Cleveland contest and I’ll be battling it out to hold on to the crown I pried from Brian Bruno’s hands last year. If you think you can take it from me, come on out…

Seriously though, it’s this Saturday and money goes out to first through fifth place — a real rarity these days. Brandon and Jimmy put in a lot of work each year to make these happen and this year is the same as last, part of the proceeds are going to charity, so you’re supporting blading and the world at large (St. Jude’s Childrens Hospital).

September 17th, King Of Cleveland 2016 “Election year” — an odd title for a contest based on the system of monarchy… so just come out, you won’t be disappointed. — Philip Moore

All photos by Corey Oringderff