In July, action sports athletes from around the world arrived in Salt Lake City for the first-ever Nitro World Games. Among these ranks of elite specialists were professional bladers Chris Haffey, Roman Abrate, CJ Wellsmore, Dave Lang, and Wake Schepman. But then another, different species of individual arrived, one perhaps less athletic but just as specialized and attuned to their craft. We speak, of course, of the media. Filling out the ranks on behalf of ONE were Drew Bachrach and Sayer Danforth, armed with cameras and a thirst for weak beer. Thankfully their needs were met and the coverage was **exclusive** — and you’re about to dive right in. 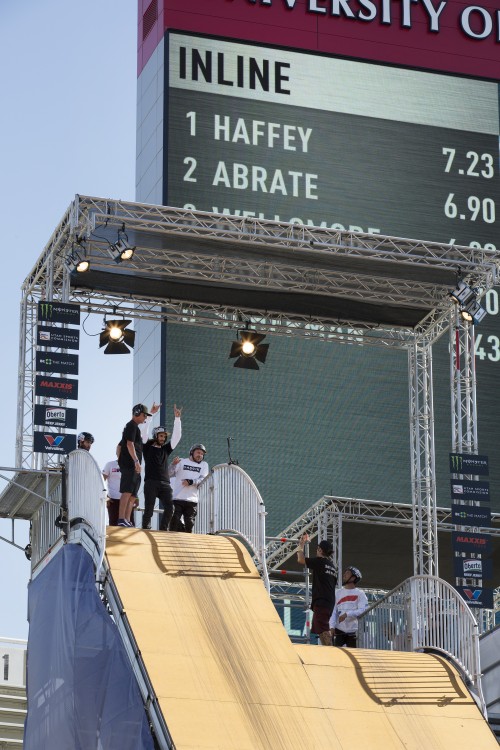 “NITRO!!!!!” I screamed that everywhere we went all weekend.

It’s kinda hard to take rollerblading contests seriously. The idea of battling it out to see who’s the best is kinda kinky. Who cares, ya know? 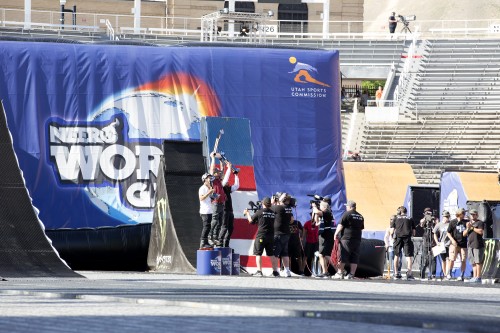 ONE magazine offered up press passes to anyone who wanted to “cover” the Nitro World Games. All it would take was a plane ticket and hotel room — easy. I had the weekend free and thought it would be hilarious to jock-out for a few days in Salt Lake City. 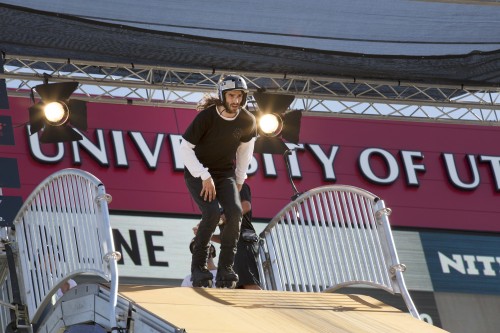 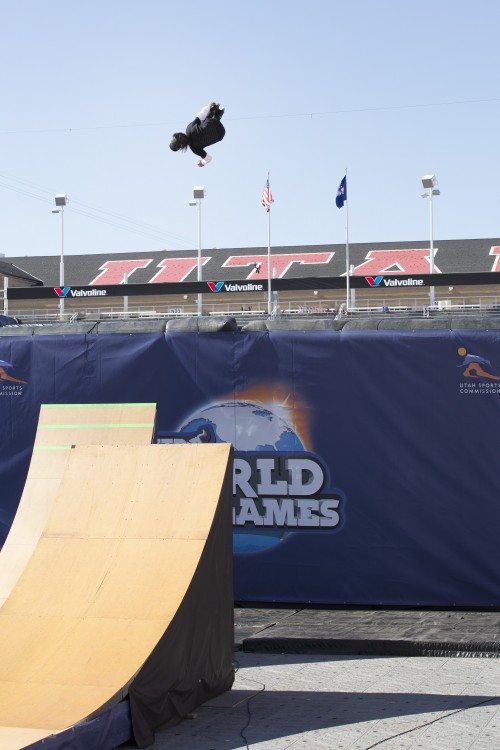 The idea was to fly in, scream obscenities from the grandstands, drink a few 3% alcohol beers and watch Haffey win the contest. I’m happy to say we were able to check off each item on the list. Mission accomplished. 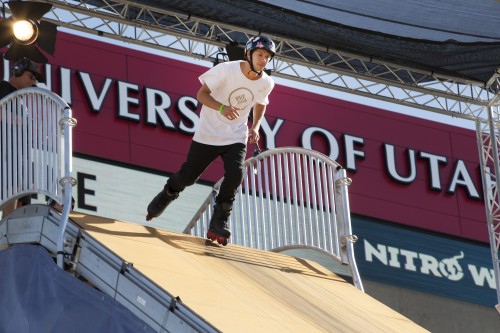 Who is we? Well, I met Sayer Danforth in L.A. the morning of the contest.  Somehow we were able to sweet talk to the flight attendant into giving us beers right before the plane touched down. Landing beers. Finished that one just before jumping into a taxi, no checked luggage. 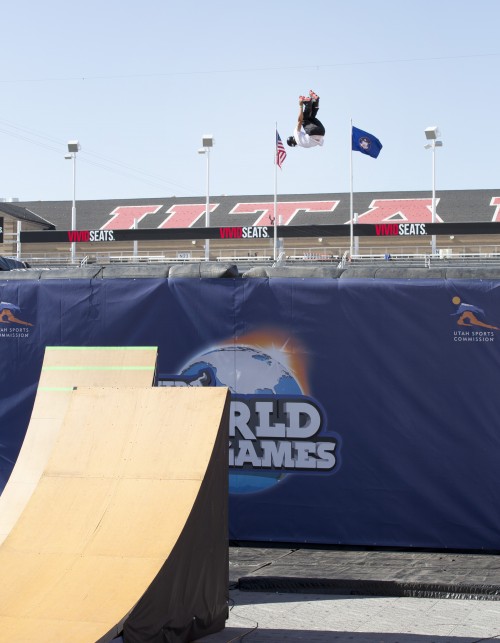 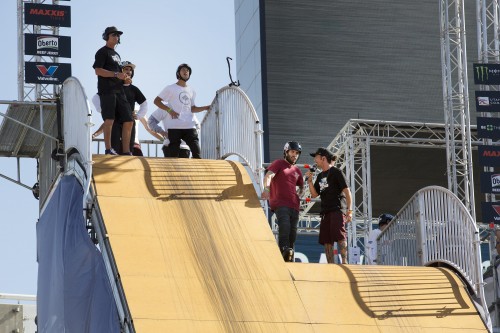 Top of the Ramp

We got to the stadium and got the lay of the land. Never before have I seen a contest in a god damn college football stadium. I felt like a roman entering the coliseum for the first time, but with jump ramps shooting everywhere. First order of business: Super Nachos from the snack bar. 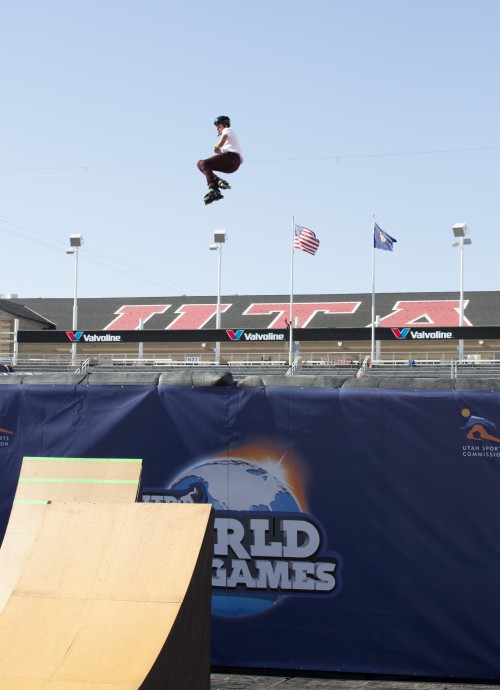 The last piece of our traveling trifecta was Cory Casey. He arrived a day early, like a respectable gent, so we met him back at his hotel (shouts out to the Double Tree). One drink led to another and somehow we almost missed the contest. 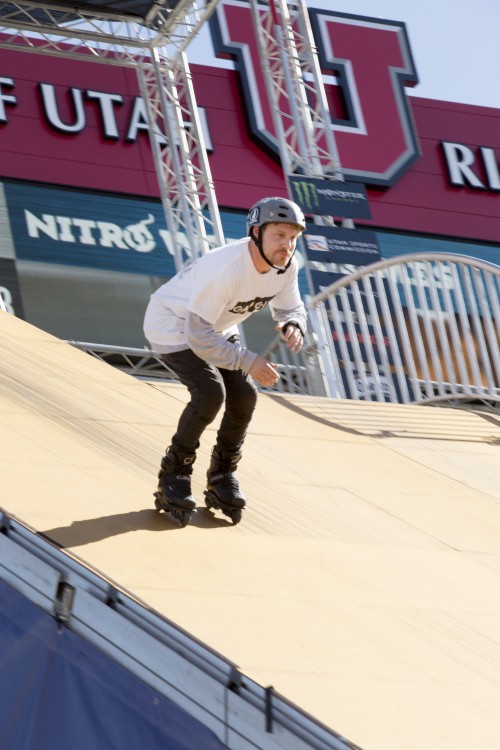 What happened was that we were told by the official staff that the “Boots” portion of the contest (Yes, rollerblading is officially referred to as Boots now. Barf.) was at 5:30 or whatever. We jumped in the Uber on time and even had the driver hop on the shoulder to circumvent stadium traffic. As we waltzed in, with 10 minutes to spare mind you, we heard Matt Mickey on the loud speaker calling the first rider up. OH SHIT. The contest started early? I have never heard of any blader related event so much as starting on time. Crazy! 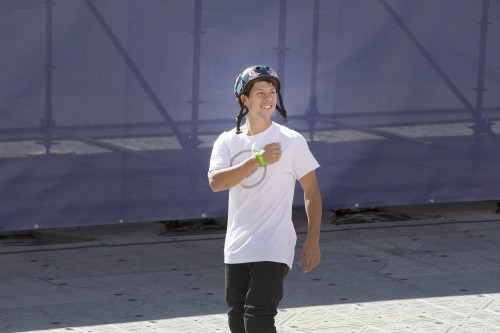 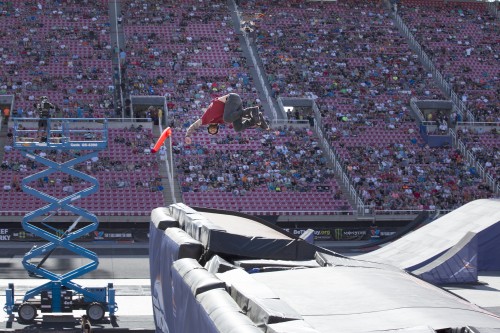 So we ran to the stadium and proceeded to go wild. I’m pretty sure I offended a few people by screaming “NITRO” over and over the whole time. It was great.

The contest went by fast as hell. Everyone had three runs, and they were going back to back to back…  Suckers were flipping all over the place. Everybody in the contest went off, and there were no slams. We all knew Haffey was gonna win, ‘cause he’s the best, but the rest of the guys put on a great show as well. 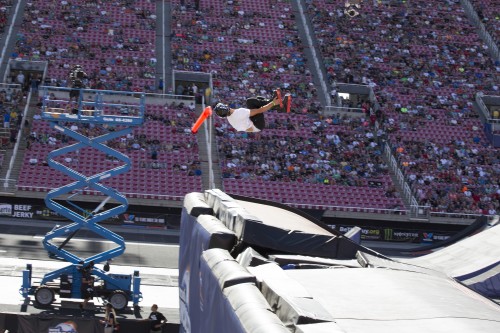 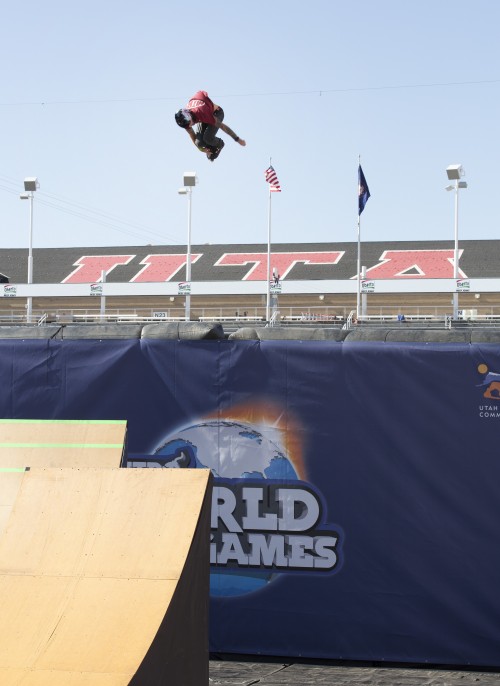 I would like to say that we were the only official rollerblading media outlet in attendance, which was awesome, if not a bit awkward. The post game interview room was all the riders plus me, Cory and Sayer. That’s it! 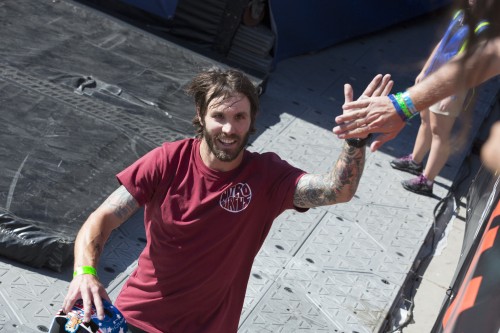 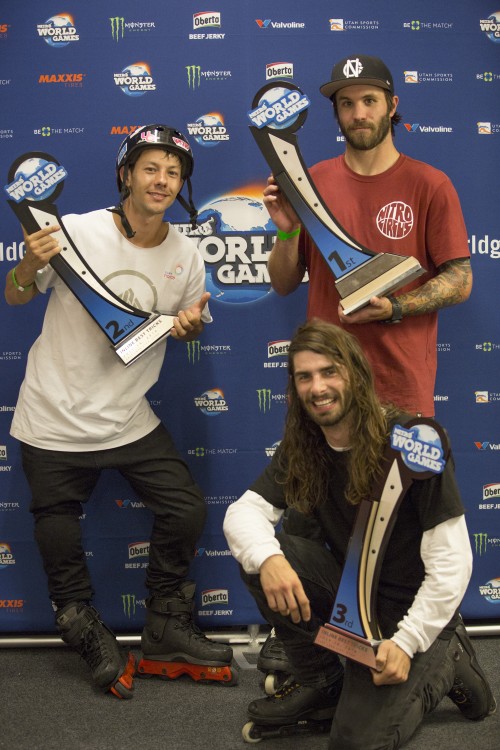 I’m glad to say we made it out to the Nitro World Games. Sure, the event will get bigger and better over the next few years, but it’s gonna be cool to look back on 2016. The contest was electric, but felt more like a family reunion or secret society. Nobody expected the “Boots” to make such a big splash.

I know for shit sure that nobody was expecting to be confronted by a 250 lb dude with nacho stains on his shirt screaming “NITRO!!!” in their face all weekend.