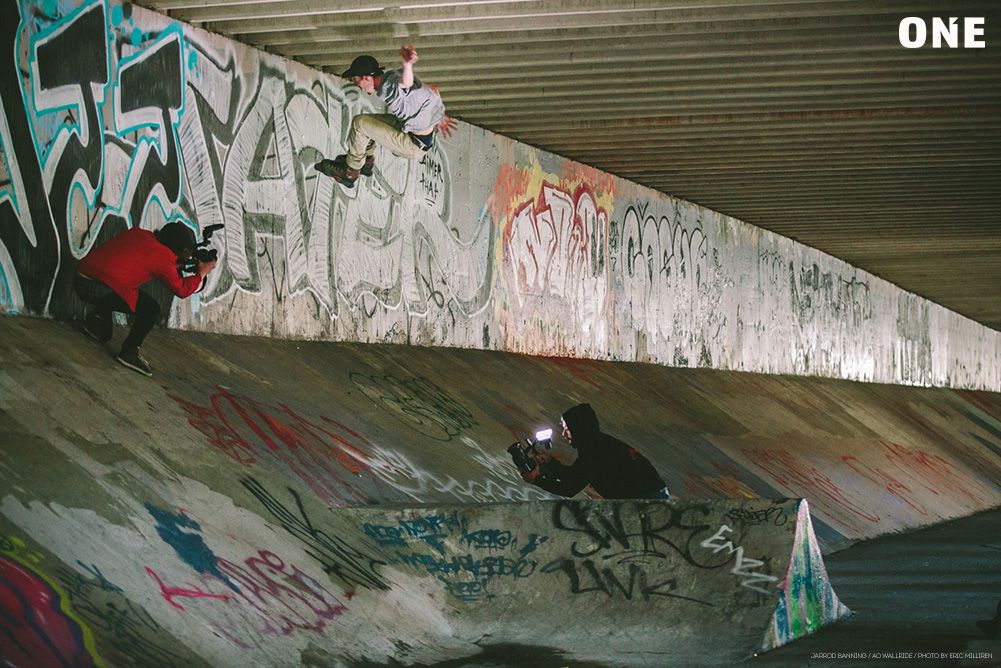 After a year-long hiatus, the Texas Skate Series is back. The street competition series, created by Will Kennedy which ran from 2011 to 2013, has returned and kicked off the start of its 2015 season. On February 7th skaters from all over the south made their way to San Antonio, the home of the Alamo and the reigning NBA champion Spurs.

To start the day, we all convened at LBJ skatepark, one of the worst skateparks I have been to in recent memory. After quickly corralling everyone, we headed to the first spot, Heroes Stadium. The infamous Heroes ledges are some of the most beautiful pieces of architecture you will ever see in your life time. We were lucky enough to get at least two good heats in before getting the boot from an off-duty police officer wearing a “Grandpa rocks!” t-shirt. Grandpa did, in fact, not rock. But at least he was nice enough to let Jason Reyna take a selfie with him before we sped away seconds ahead of the fuzz. 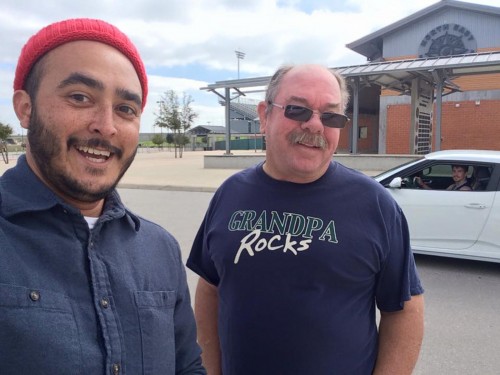 From there, we headed to an underground wonderland built by local BMXers that gave us their blessing to skate their turf. Upon arrival you could see everyone’s eyes widen just at the sight of it. 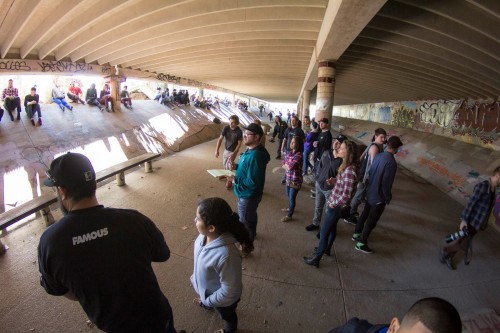 The spot was a massive tunnel built underneath the parking garage of an apartment complex. It had huge banks that the bikers had built into a small man-made skatepark; including bank to flat ledges, quarter pipes, angle iron ledges and an incredible A-frame rail. 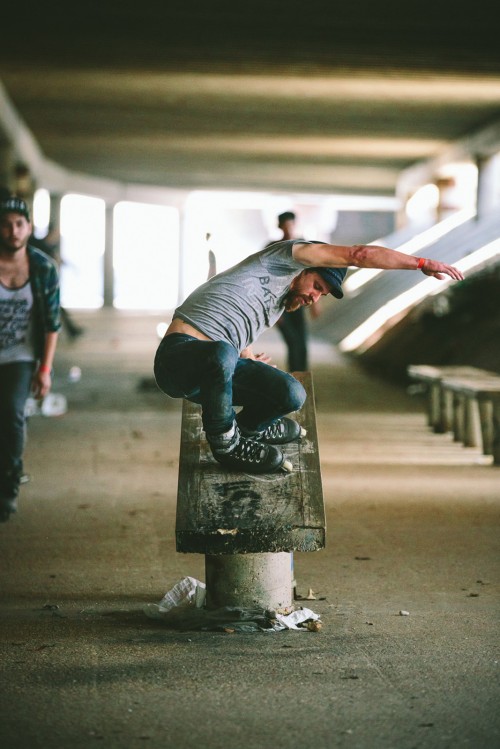 As incredible as it was though, it was also a very unforgiving location. Skaters were forced to maneuver over and around massive cracks, as well as over concrete protruding up from the embankments. After feeling the spot out we continued the first round and the skaters made short work of two long benches. They were lined up with a small two foot gap in between, so it made missing a trick especially terrifying. Local hero Ian Freunscht pulled off trick after trick after trick with his trademark effortless style. Quick-footed Isaac Parks also impressed with his unique trick selection and switch-ups. 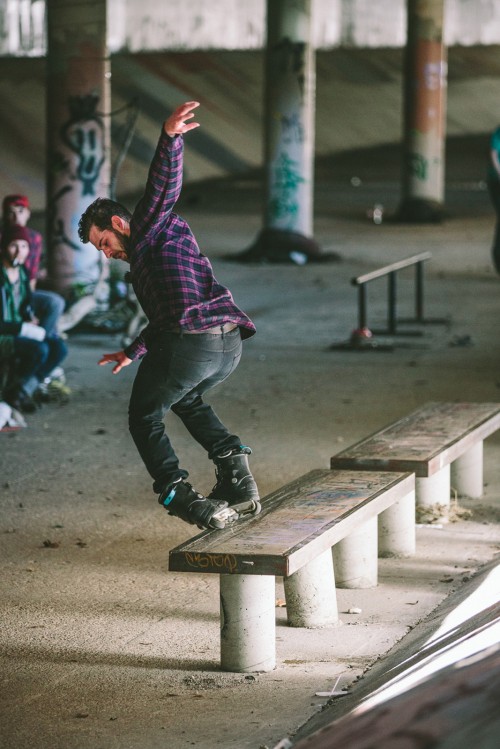 After getting lost in San Antonio traffic, Dorian Deshay was able to come into the last minute of the final heat and land about five super technical tricks in a row. It was quite impressive. In between rounds, Jarrod Banning got ballsy with a massive alley-oop wallride and other incredible tricks you will probably salivate over in his next GC edit. 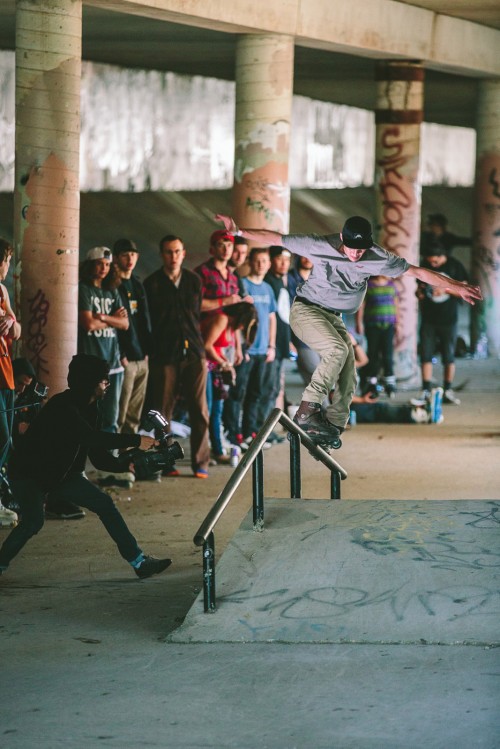 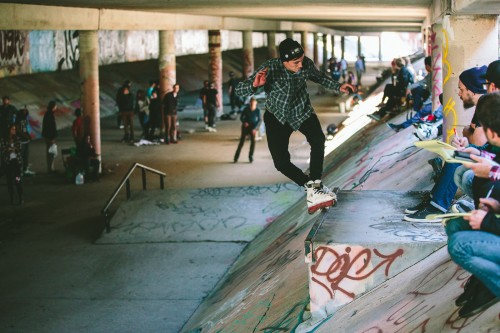 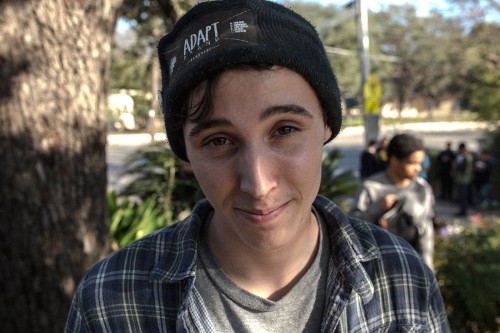 For the semi-finals we moved onto the larger obstacles of the ditch spot, mainly the A-frame rail setup and the super sketchy bank to ledge. The A-frame rail was getting heavy use by Texas legend Rob Zbranek. Seeing Rob skate a comp was one of the highlights of the day because he is usually the hype man, the one in the crowd cracking jokes on you and telling you to “Get your heart right!!™ Other standouts included Jedi Knight Andrew Broom, TSS godfather William Kennedy, and drunken boxing champion Hunter Grimm. 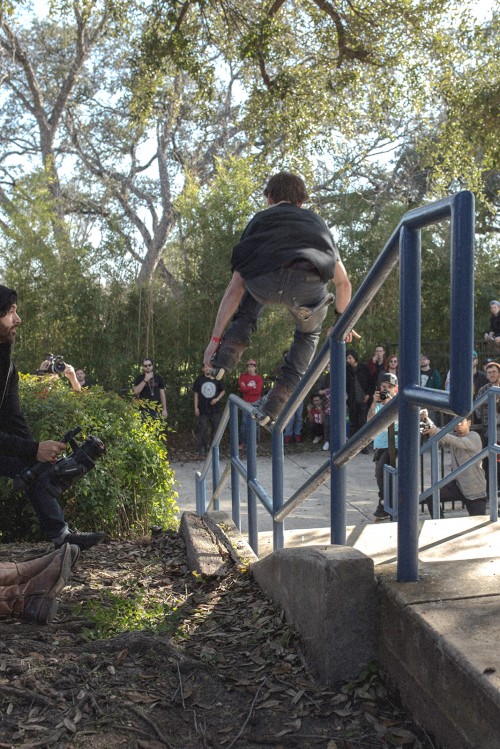 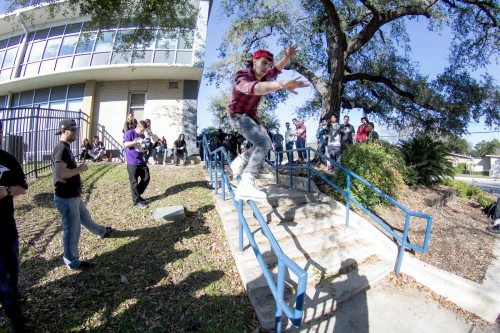 From there we moved onto the next spot, a school located in a nice, quiet residential neighborhood. It could have easily been a bust or no problem at all. Luckily it was the later. The spot had a nice six-flat-six kink rail that was much more difficult than it might seem. Skaters were hesitant at first but eventually warmed up to the spot. Chase Harding, another Texas legend, has been skating like he is sixteen again. Chase was killing this awkward rail like it was made of pvc and sitting in his driveway. Hunter Grimm was also unloading a huge bag of tricks on the rail, in between taking quite a beating from the nearby bushes. 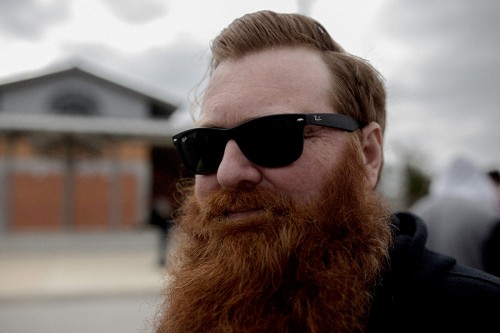 After leaving the kink rail, we blindly decided to attempt the infamous Alamo Dome rails as our grand finale. We had roughly two hours before sunset so we decided to roll the dice and give it our best shot. Little did we know that a massive cheerleading competition going on at that time. We probably should have looked into the area before we migrated our gypsy caravan all over San Antonio. Lesson learned. Sadly, Lady Luck was not in our favor that day and we had to call it a day. 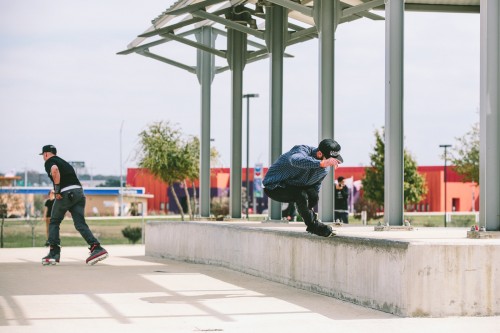 From there, we all reconvened at our good friend Omar Nunez’s home where we handed out the awards made specially for us by our sponsor, Bevil’s Custom Fabrication. The judges awarded 3rd place to Chase Harding and 2nd place to Hunter Grimm. The man of the day, however, was Mr. Jarrod Banning. 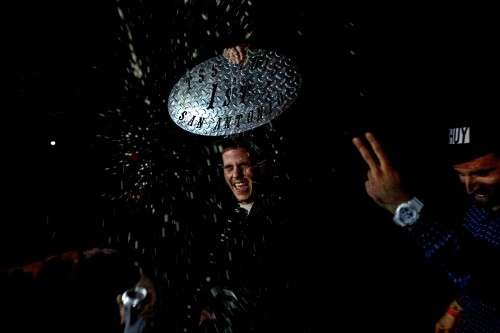 Jarrod may be a name you just recently started hearing, but anyone from Texas knows that JB has been killing it for a long time. It was incredible to see him ripping apart Humble skatepark in his early days, to now making sections for Razors and Ground Control. Jarrod skated consistently all day, lacing technical rail tricks as well as huge gaps. Namely, the best trick mach-10 540
over the double set landing into the arms of his friends, who saved him from being impaled by the nearby fence. Good looking out!

The TSS San Antonio comp was a great start to the 2015 series. If you weren’t there, then you better start making your plans for the next one! 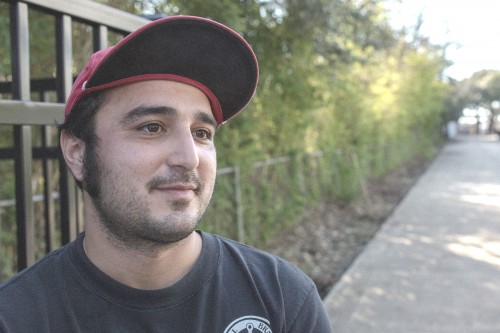 Much praise is due to Ray Soto, the driving force to bring the TSS back from the dead and add some much needed excitement to our lives. Ray was the one hustling hard on the streets (not selling drugs or whoring himself) but selling tickets to the restaurant he works at to raise money for the prize purse. Not a day goes by that Ray isn’t calling me to brainstorm ideas to improve the comps and make it something memorable for all involved. The next comps are already in preparation and we know they are only going to keep getting bigger and better.

TSS points will be awared to the top 10 of each comp and a points winner will be announced after the finals.

The upcoming Texas Skate Series events are scheduled for Austin on May 23rd, Dallas on August 8th, and Houston on October 31st.

For updates be sure and “Like” the TSS page at:
www.facebook.com/TexasSkateSeries
If you have any questions please contact Kevin Little at sicurethane@gmail.com”

And here’s the edit!