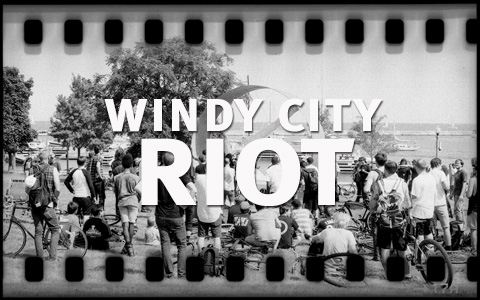 The Windy City Riot, in case you’re not very geographically inclined (map savvy), takes place in a little city called Chicago, Illinois. And it’s called the Riot because it is organized chaos.

If you’ve been to a WCR, chances are you’ve been back year in and year out. Every time more people show up, the spots are different and challenging, there’s amazing skating, and it’s always better than the last!

Friday started off with droves of bladers from all over the country steadily filling The Pull (from places as close as Detriot and as far as sunny California), all with the same plans — meet up with the homies, booze, city cruise, and, most importantly, shred Chicago.

The first event on Friday night was a city race, where skitching and creating havoc on the busy Chicago streets was very much encouraged and expected. The race had four separate legs, each ending at a skate spot. In order to advance to the next leg of the race, a trick must be landed at each spot. Tricks would be rated on a 1-3 basis, and would basically subtract time off of your total race time. There was also a pub stop in the middle where everyone must consume a drink. Think of it as the 2013 equivalent to the Devil’s Backbone finale but with heavier traffic, skate spots, and beer (but no Mike Opalek).

Did I mention the finish line was a party at The Pull? And your prize no matter what place was a cold beer?

After the Race, the Valo V premiere started. I personally had been looking forward to this video, and overall was impressed. The crowd and I were both in constant shock and awe at spot selection and trick vocabulary, not to mention some good ol’ fashioned stunts.

As the premiere ended the party commenced, and after a few hours people started disbursing, ready for the ensuing and eventful next day.

I awoke to Matthias St. John asking me if I wanted any breakfast. Needless to say, if Teezy ever asks if you’re hungry, you are. That dude can cook. After grubbing down we were off to the meeting spot for the Riot!

The skating was off the charts and there were too many tricks to name. The event was nearly a seven-hour blade adventure filled with spots, a separate competition for flatland and high jump, breaks for the beach, lunch, and so many good friends doing what they do best… and getting $$ to do it! I’m sure you’ve seen the edits by now if you weren’t there, and if you have I’m sure you have watched them just to relive the awesome weekend.

For me, hands down favorite parts of the Riot were the 10-story parking garage hill bombs, and the 300-plus friends and supporters flooding the streets on blades and bikes, all assembling for the same thing. It’s something I wish I could do everyday like a corny version of “Groundhog Day,” but set in the future where bladers run the streets of Chicago and Bill Murray stars as Colin Martin. — Jimmy Spetz

Photos by Daniel Le using his Seagull and Veronica SQ-A 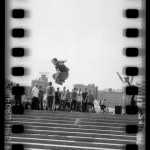 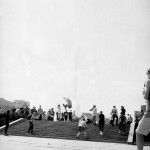 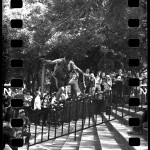 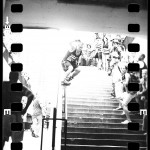 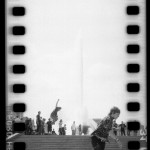 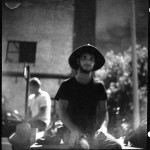 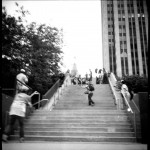 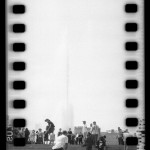 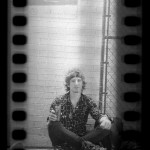 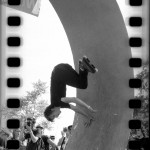 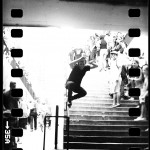 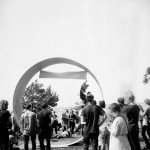 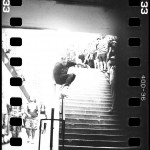 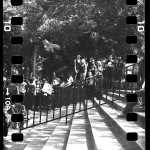 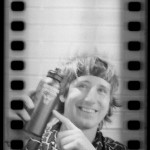 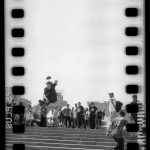 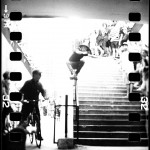 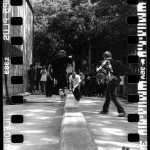 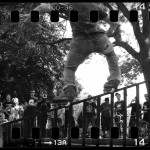 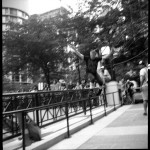 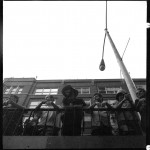 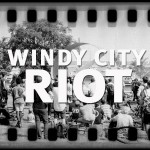