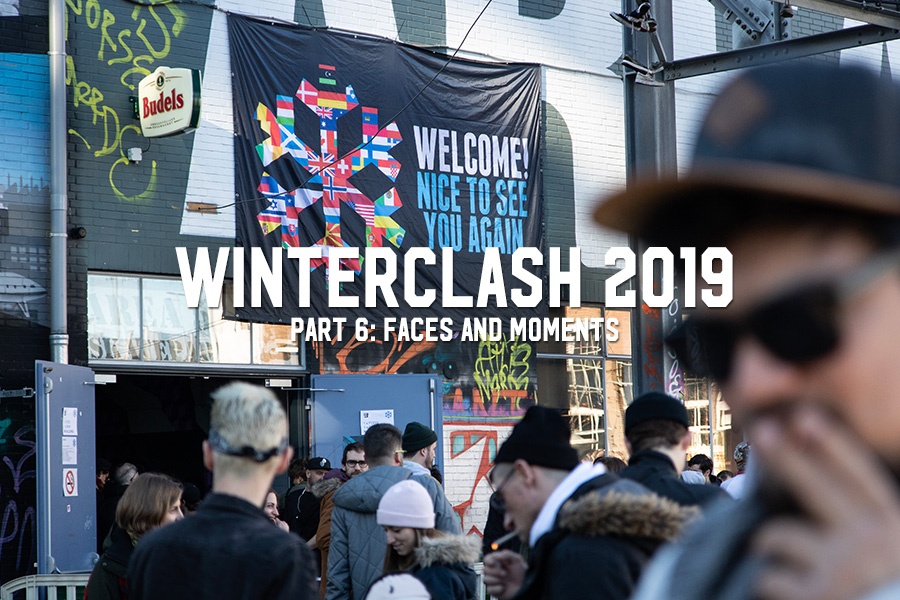 It’s been a month since Winterclash 2019, we posted five articles with action shots, chopped up our edit and got it on YouTube, and now our attentions turn to some of the great b-roll and portraits our team of Dean Bradley and Steve Steinmetz captured during the event. To add some personality, we asked a bunch of people featured below “Tell us about a memorable experience you had at Winterclash 2019.” The results are as awesome and varied as you may expect! 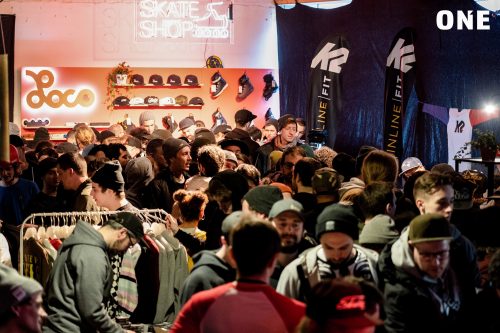 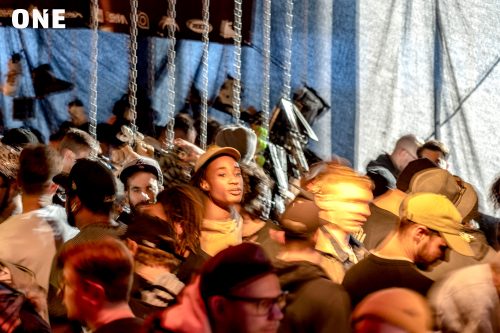 Philip Moore: My most memorable experience was going down to the A-frame before my heat. The park was packed at this point and you could barely see the walls from down there, just bladers. I met the announcer guy Miguel. He was wearing a dope shirt that made me feel a connection with him immediately, it said “Hi, don’t be racist” I believe. I felt like my lightweight activism in blading wasn’t alone and was a thing people supported, so I have to put that on the top of my list. Also, trying to skate the rail while there were tons of people standing around it was tough. 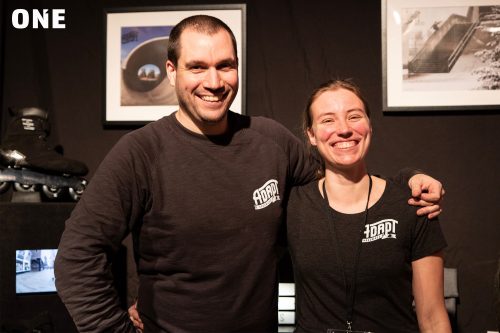 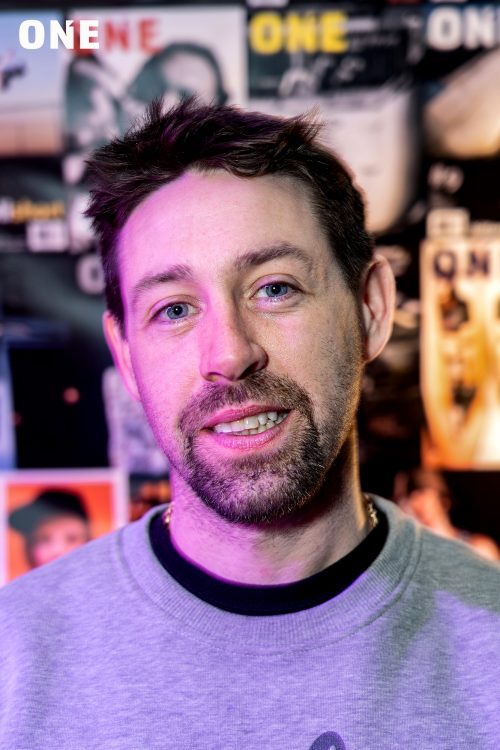 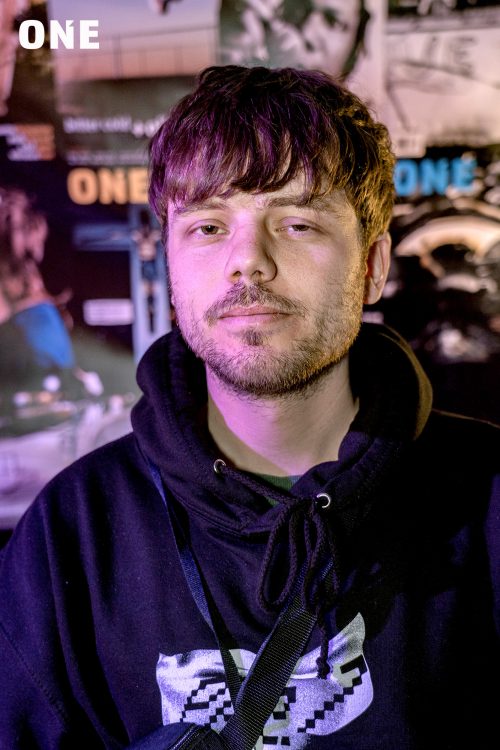 Harry Abel: I was encouraged by the talent displayed in the women’s category. I do not know any female skaters in the south of the UK. 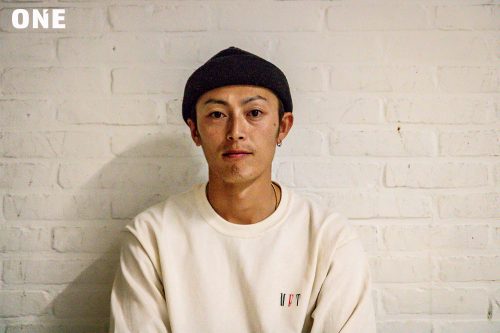 Soichiro: When Vossoughi laced a transfer from blue quarter pipe and “ran” from rail to rail on the Roces box, jumping back in the quarter pipe! 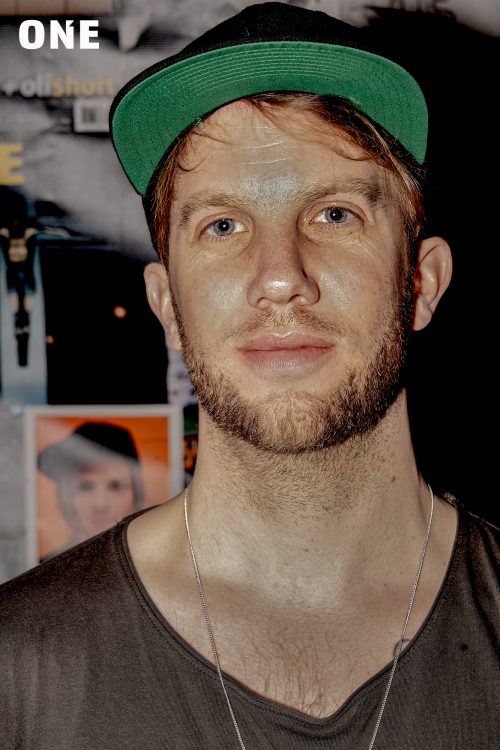 Bauer: What stood out the most in 2019 was the whole vibe of the event, constantly growing into a skating festival with so much happening besides the contest.

Chad Hornish: Yo, my most memorable experience was probably hearing Miguel’s voice in the pro qualifier counting down “5..4..3..2..1..” then slamming my leg into the corner of ledge at full speed.

Legit I missed out on a bunch of stuff. I was in bed asleep 25 minutes after my fall. Missed all the good skating 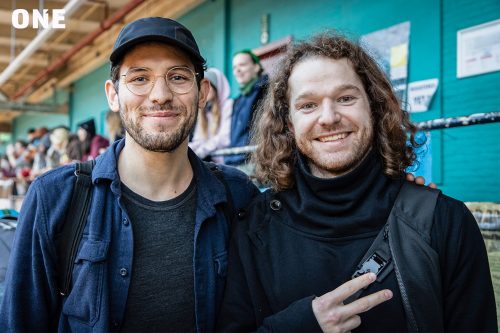 Eugen Enin: If you didn’t catch the Nick Lomax episode of Jump Street Podcast, you missed out. 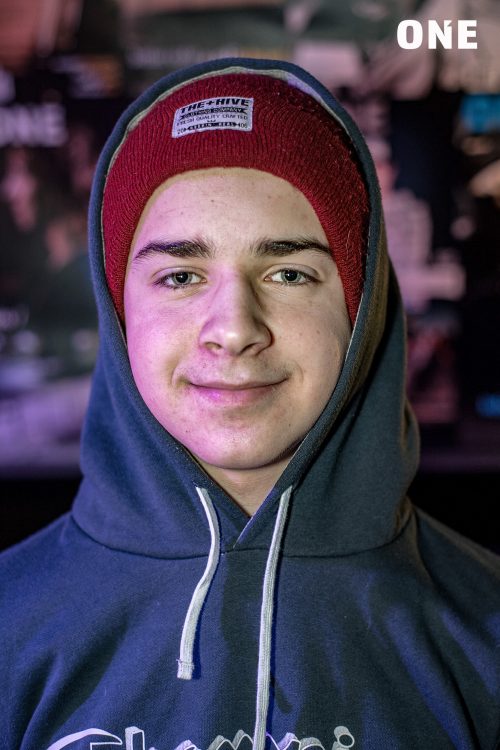 Hit us up! / Steinmetz 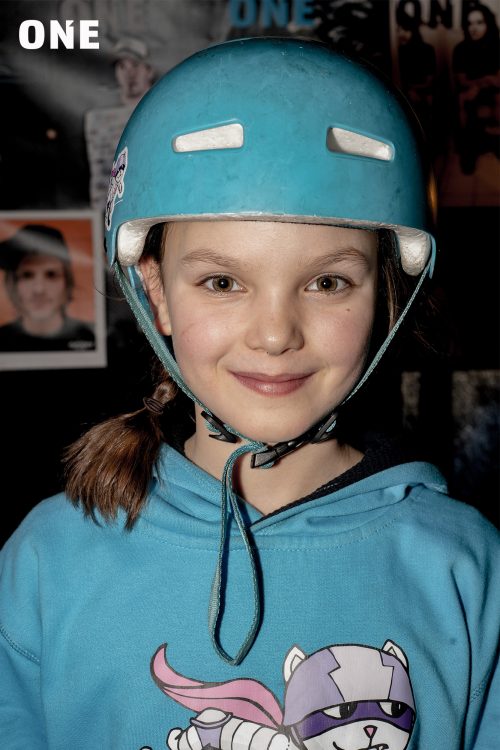 Celia Marie: The men’s pro finals, during the last tricks. There was a huge crowd taking over the skatepark to try to see everything. I was standing on the balcony with my mom. I looked down and Armelle Tissler stepped up on one of the flat grind bars right under us… but she could hardly stay balanced. I found that so funny because she didn’t have her skates on but had been skating the rail so well earlier!

I also liked skating with so many other girls. I only tain with boys at home, so Winterclash was such as amazing experience for that. It got me super motivated to continue practicing. And everybody was also super helpful to help me learn new tricks. 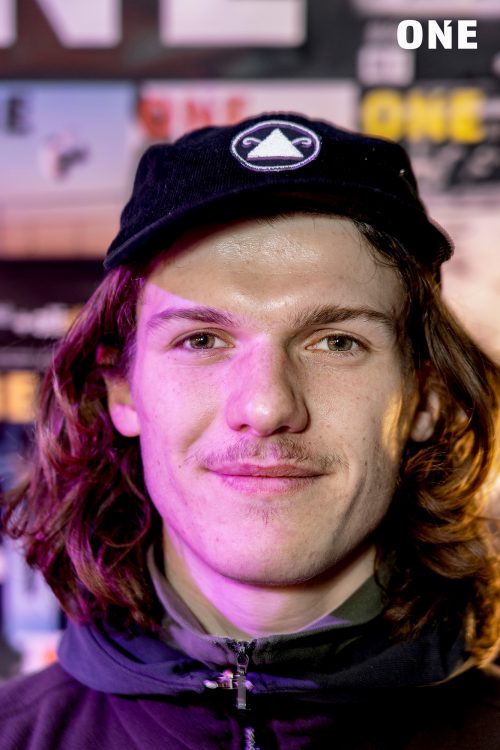 Dominic Bruce: Other than the highlight of every year — which is to get to share such an event among friends from all different places in the world whom are rarely brought together under one roof — then the highlight that stood out this year was just before the finals, the energy that was running circles, circulating throughout the collective energy of the whole building was immense. That feeling is irreplaceable and has Winterclash’s signature on my heart’s memory. 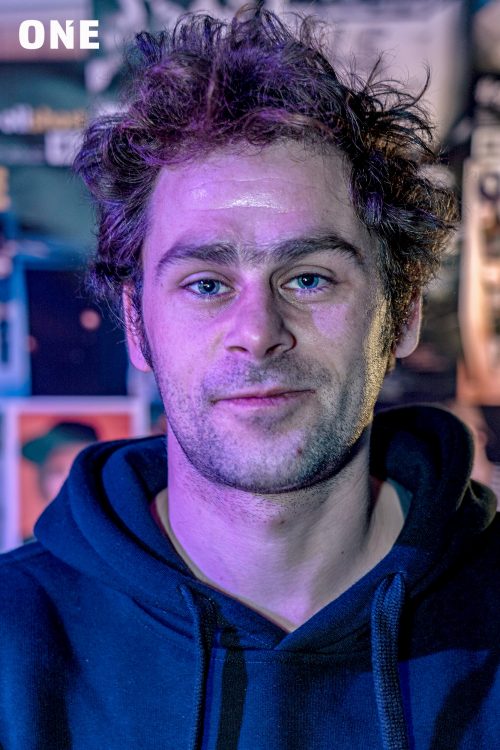 Joey Egan: Stand out moment this year was all the amazing support we got at all the trade stands and all of the stalls that were there. The amount of people that came this year was good — there was a lot of good skates. A skating stand out moment was Yuto Goto doing that far side AO on the Kaltik ledge… that was pretty amazing for me to see that live. From the Juniors, when our buddy from Romania did the misty from the quarter pipe into the middle of the bowl. As soon as he landed me and Montre were there to celebrate with little homie. Mery Munoz skating to first place, that was legendary too. She skated so well!

Winterclash is all about so many good moments — there’s too much to remember. But another was the Jump Street Podcast. They had live interviews… all the stuff Julio was bringing to the table was unreal. But one of the best moments for me was Charlie that used to ride for Races in ’96 or ’97 — he was one of the guys that taught me how to skate — he’d never been to Winterclash but didn’t have any money, so I said “You know what, I’ve got your ticket.” So he was there and that was so so juiced for me man. That’s what Winterclash is about — the love and support. I also had another friend of mine that had never been to an inline event come check it out. He saw some crazy, wild skating go down and it so happens that when we bot back he picked up his first ever pair of Majestics! So he’s ready to roll. That’s the love and support for the industry. That’s what I love about who we are. 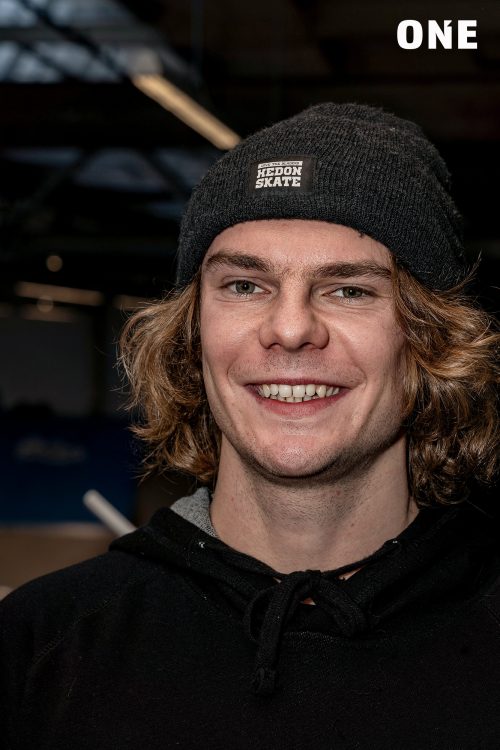 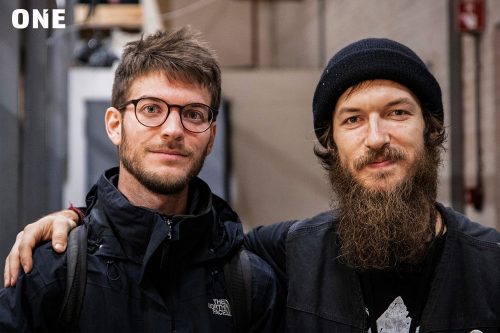 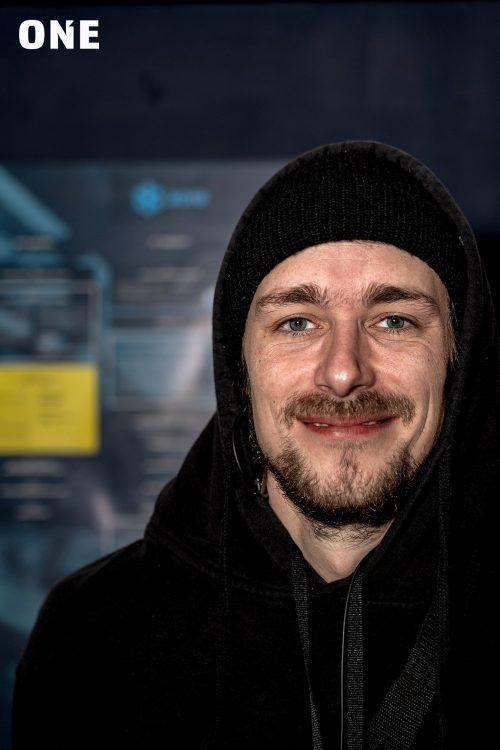 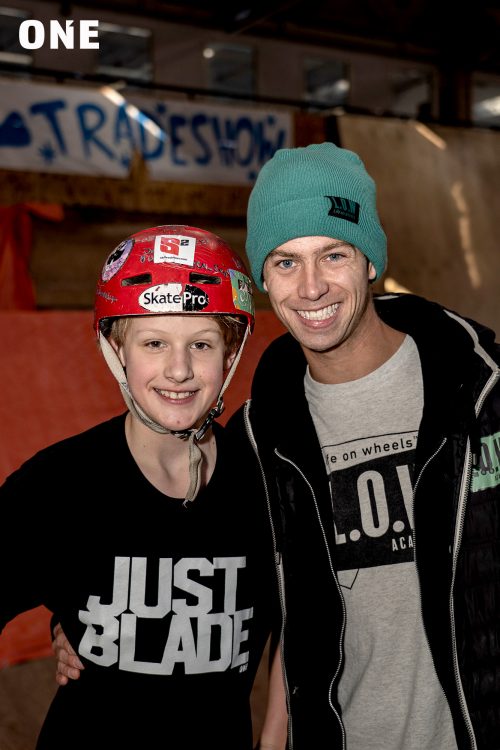 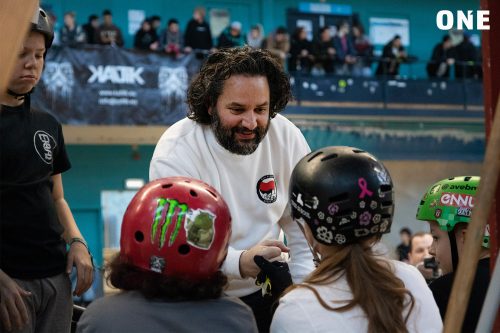 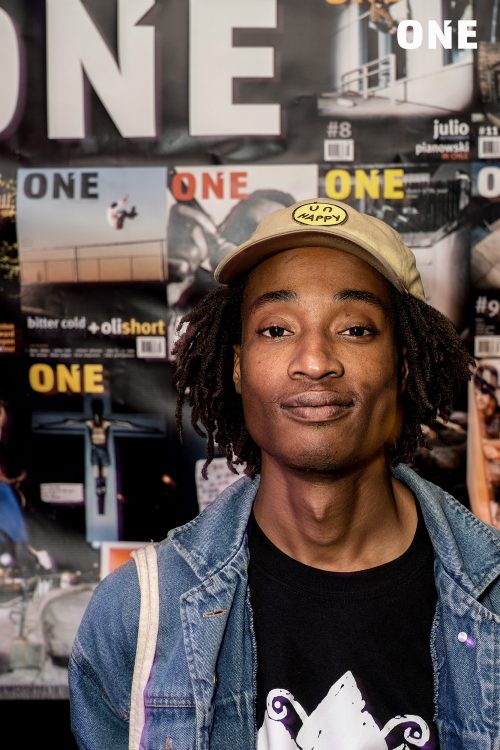 Philip Moore Pt2: PS – The Broskow’s seemed hyped on my skating, which may be as close as I ever get to Broskow digging my rolling, haha. Though seeing Broskow do the gap to flat rail on the smaller side of the course was also pretty intensely memorable (such style and determined movements, his skating is always). 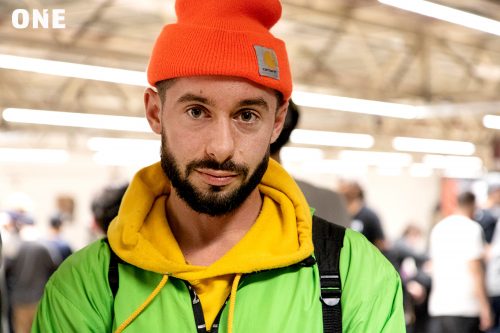 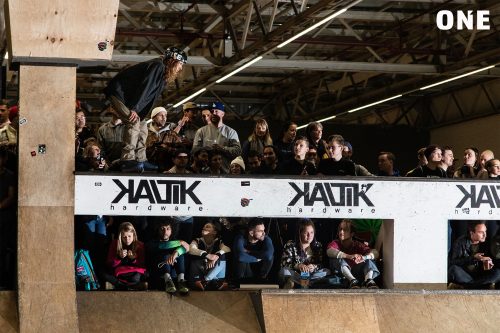 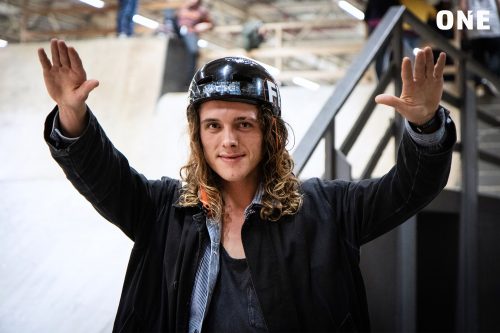 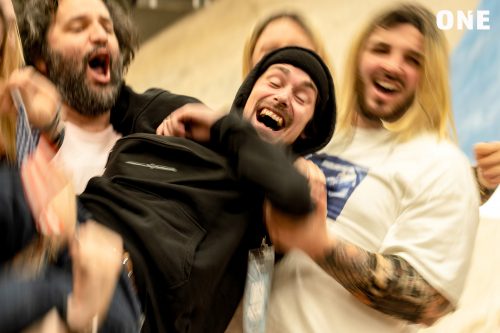 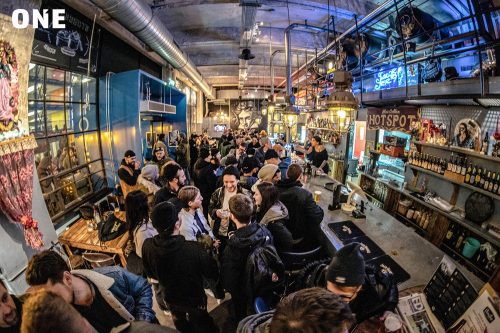