Hey there Dustin and Grant, wanna start off by telling everyone who you guys are and where you’re located?
Grant: Hey, ONE; thanks for taking the time to talk with us. I’m Grant Schildhouse, Co-owner of First and Lexington: Limited Edition Apparel, in charge of Sales and Brand Development; I currently reside in Southampton, England.

Dustin: I’m Dustin Jamieson, I’ve been skating for F+L since 2009. I manage our advertising and promotions from wet and rainy Vancouver, WA.

How and when did you guys get into blading?
Grant: I got my first pair of blades in 1987 as a birthday gift. In 1994 I saw “Airborne” on HBO or something like that… All I know is Mitchell Goosen lead me to watching “The Hoax: an in-line crime.” I never looked back. I saved my money for a pair of RB Boxcars and started jumping off everything. My mother thought I had something wrong with me. In hindsight, she might have been right.

Dustin: “Brink” and Jet Grind Radio. All hope was lost after I found out how to use the internet.

And what exactly is First & Lexington?
Grant: First & Lexington is the brainchild of myself and my best friend/business partner, Alex Brinkman. Ultimately it is a street apparel company with a focus on developing a community around the brand. Not a blade company per se, but a fashion brand run by bladers and its supporters. We believe in being personal and transparent with the people that support us and the communities with which we operate. There are no illusions with our brand; no lies, no pretending we are bigger than we are or something we aren’t. Just honest, high quality goods and people.

How did the idea to make a limited edition clothing brand come together?
In college, Alex and I spent a lot of time joking about starting our own clothing company; mostly because we were baffled by what “fashion” was and how much people paid for it. The original idea was to drag pairs of wrangler jeans behind our cars, then slap our initials on them. From there we joked about a niche market clothing line; high-end fashion for the morbidly obese… we were going to call it Humpty Dumpty. Looking at that now, I guess that was pretty insensitive to the otherwise largely sized. By our third year we were doing a lot of photography and graphic design for local hip-hop artists in Toledo, Ohio. People really liked the design work Alex was producing for these artists so we decided to take another look into starting our own brand. In 2006 we started planning, stacking our own designs and sourcing the right people. However, we realized that there was nothing truly unique about what we were doing. Mass production, replication and regurgitation of the same garments, logos and designs was all over the place. We hated that. We didn’t want everyone to wear what we were wearing. So we decided that Limited Editions would be our unique selling point and why not; no one in the industry was doing it as their sole business. We are a fairly atypical company within blading. We don’t produce more than 100 prints per design/colorway. We’ve always done that. We always will. 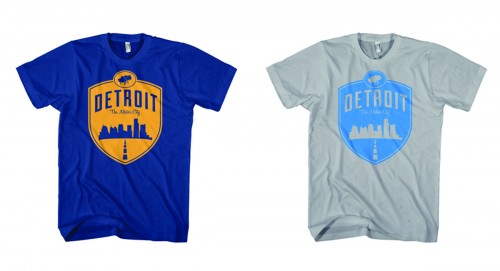 How have you seen the blading marketplace change in your years with F&L?
Grant: Massively. I’ll resist a soapbox rant here. It’s been really sad to see great brands disappear; brands who, in all honesty, have had a lot more industry support than we have had, but still haven’t been able to keep ahead of bills and dwindling sales. It’s a real concern in our industry these days. We aren’t carried by a big skate shop. Smaller shops have tried to pick up our lines in the past, but like the rest of the industry they too are struggling, so taking a risk on a “new” brand is harder to do. I’m not sure how to fix the industry and I am certainly not claiming a clothing brand could do it; but our contribution is continuing to invest in rollerblading, putting money back into the industry through sponsoring events (BMC, BCSD 11/12/13, UPLOADED 2011, etc). We don’t have an advertising budget… this comes out of our own pockets because we believe its important.

Is that why you guys are pushing out to a larger audience these days?
Grant: To be sure, but then we have always promoted outside of rollerblading. Like I said earlier, we are a street apparel company run by rollerbladers and supporters. Not all that dissimilar to Franco Shade and UCON; different styles to be certain. I’m sure there will be comments all over the message boards about that. Oh well. I was given great advice by Daniel Fabiano a while back, the gist of that was diversify. It’s the key to being successful. The only way we can continue to invest back into our industry is to remain successful so that there is money to invest. 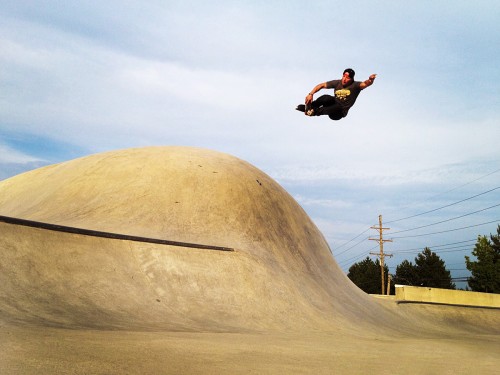 How about team riders? Sibbio and Spetz and Parsons; that’s three dudes from Cleveland. How do these guys fit into the F&L family?
Grant: Don’t forget Brandon Nguyen! We have strong roots in Cleveland. I was born there. Spent a good part of my life there. Alex is from Toledo, two hours west. The mid-west is not to be trifled with. We have a strong sense of where we come from and wanting to support others from that area that are passionate about what they do. But we have branched out greatly over the last couple years and in all honesty, the first team rider for F&L was Dustin Jamieson who has been with us since 2009. Kevin LeBron joined the team just after BCSD 11 and in 2012 we added Jason Hampden from Greensboro, NC to the team. This is an exceptionally talented group of guys. All of them are dedicated to the success of this company and as we grow it has always been the plan to bring them on as part of the organization. The most recent example of this has been Dustin joining us as our Advertising and Promotions Manager.

Dustin: I used to lurk hookit.com, trying to get sponsored by skateboarding companies. So I jokingly contacted First and Lex, only to find out Grant actually rollerblades. Yet even though I was just being a dick on the internet, they gave me a chance. I’m still here somehow. 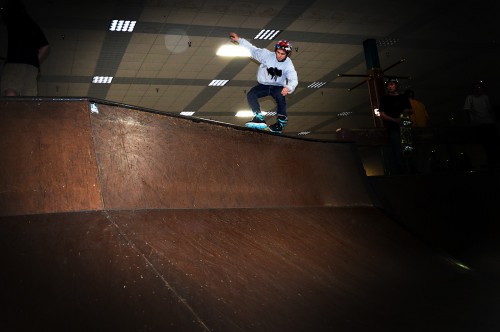 Any plans to expand on that in the new year?
Grant: We get contacted several times a year about sponsorship and we are very upfront about team slots being open or closed. We have our eyes on a few people; people we are excited to watch develop throughout 2013. All I can say is “watch this space,” and be on the lookout for new edits from the existing team this year.

What has been the most well-received shirt or product you guys have made?
Grant: That’s fairly tough. We have done most of our design work in-house over the years, but have always had outside contributors as well, from all over the world. Recently we have teamed up with Stefan Brandow and the work he has done for us has been awesome. I think the “Hater’s Gonna Hate” tee, the “AND” tee and “The Metropolis of Ohio/Clouds” tee (sold out in a weekend) have been the shirts we found hardest to keep up with the shipping demands.

Dustin: I’m seriously in love with Stefan’s design work. The best lines we have had are done by him. 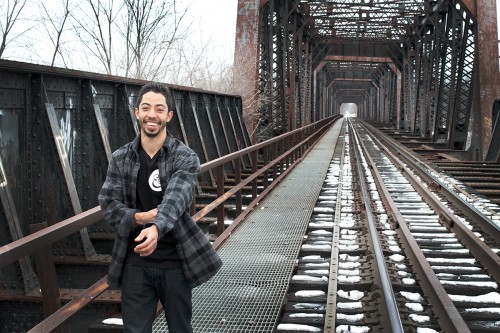 And looking ahead, what’s new and exciting that you can tell us about?
Grant: Oh man; yeah so much going on this year. There will be three full lines (Spring, Summer, Fall) with updates in between. More work from Stefan and a special release from a guest mystery designer. We’ll be at BCSD this year with sneak peaks for the spring line (available early at the event) and a BCSD exclusive design. We have big things planned for F&L in 2013.

Cool! Thanks for taking the time to talk with us guys. And good luck on everything in the new year!
Grant: Thanks, ONEblademag. It has been great talking with you.

Dustin: Thanks! See you at Bittercold!