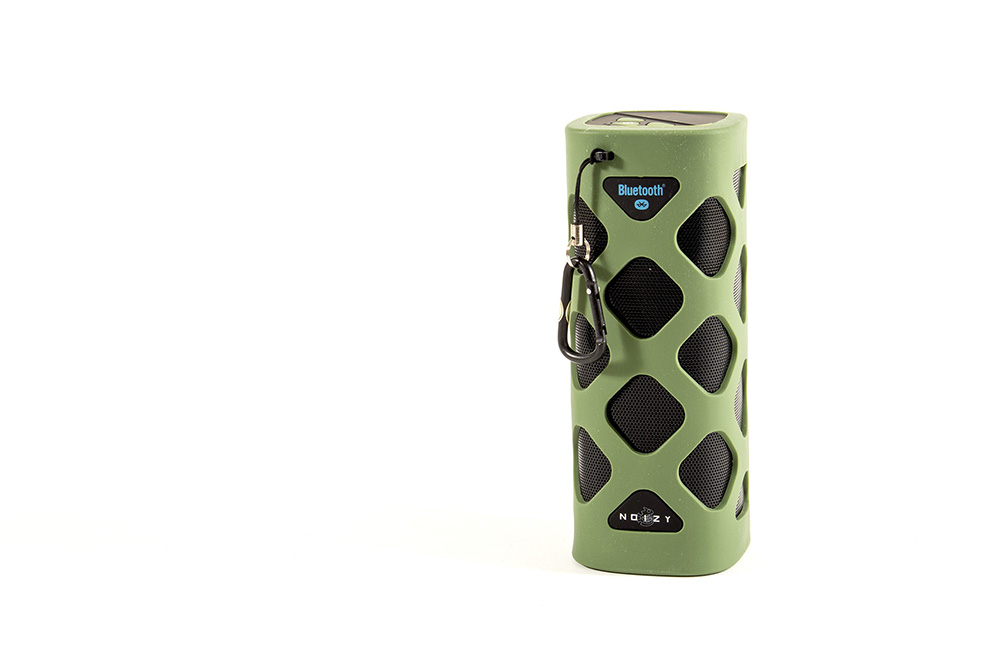 This little but loud device is the Noizy Kameleon Bluetooth Speaker, sent to us from NYC by Noizy founder and OG blader Jerry Chu. As Bluetooth speakers have caught on and come down in price, they’ve started to replace earbuds as the go-to mood enhancer during San Diego sessions. Eager to put our newest gadget through some paces, we finally got a chance to test this thing out last weekend when Jeff Dalnas came to town. Read on to find out more about our experience with the Noizy Bluetooth speaker. 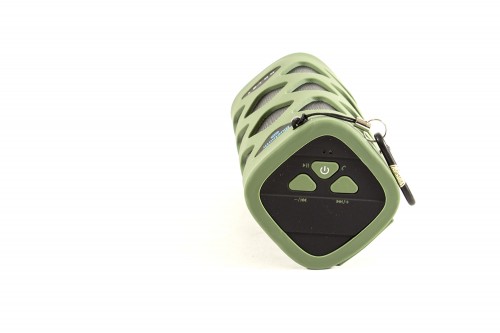 The Noizy Kameleon comes packaged in a sharp, clear plastic sleeve and includes an AUX cable as well as the necessary USB to micro USB charging cable. The version we received featured an olive green padded sleeve, but checking the Noizy store site shows that other color ways are available. Also according to the packaging and website, the Kameleon is splash and dust resistant — both necessary features for a device that is likely to often be stuck on the ground near a spot. Beyond that, we didn’t try actually throwing any water or clumps of dirt its way… we’re sure that will happen naturally soon enough.

Handling the Kameleon, you’re left with an impression of quality. It’s not overly heavy, but it gives off the weight and feel of a durable piece of tech that is a size that’s both easy to handle and small enough to throw in a pack (or strap to the outside of a camera bag).

Overall our sessions were much improved with the addition of music keeping it chill. 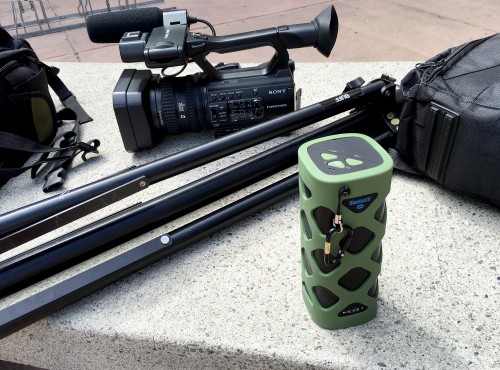 As for using the Kameleon, that was as simple as advertised. Without ever charging the speaker we took it out of the package, turned it on, and it quickly paired with an iPhone 6s. Once connected the Kamelon delivered sound that was both clearer and louder than the small size would indicate.

Range on the speaker isn’t amazing — but with a range of 30ft+ we were able to wander around a spot with our phone in our pocket without too much disruption.

In fact, the speaker is loud enough that we had to remember to turn it down while filming close by, lest the clips all be corrupted with their own soundtrack!

Remember how we used the speaker without charging it? Well, we got a whole day’s use of it on that partial-charge, then after charging to capacity we squeezed two more skates days off of one charge, even while using the speaker in the car (don’t ask about Sean’s stereo)! 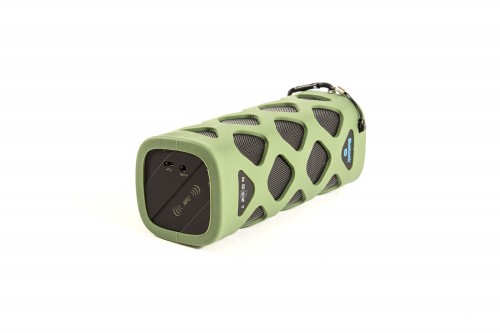 Here’s a list of the highlights we experienced while using the Noizy Kameleon:

And maybe some things that could be tweaked: 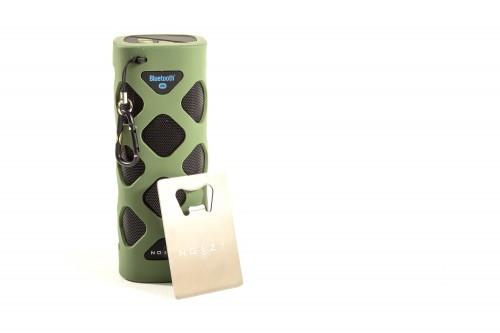 There are larger and louder Bluetooth speakers out there. We know — Alex Wick usually brings one to every single spot. But those are big, and the Noizy Kamleon is not. It’s about the size of a water bottle and has a battery that lasts about 10 hours. From its dirt and splash resistance, to its appearance and performance, to the fact that an OG blader is behind it… the Noizy Kameleon Bluetooth speaker should be the next piece of equipment you add to your collection.