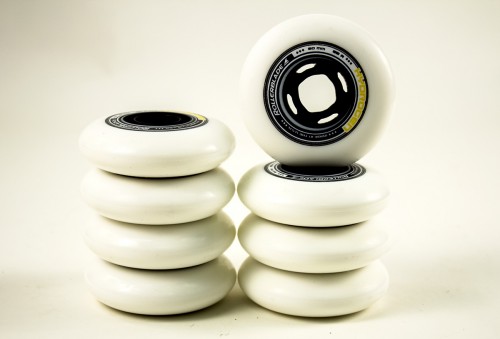 For those times when you want to roll really fast and really smooth over just about any terrain, there could be cause to bolt something besides a 57mm chunk of urethane to your frame. Allow us to bring your attention to the RB Hydrogen wheel, a rolling experience not unlike blading on marshmallows… in the best way possible.

Have you ever held a set of wheels, feeling the urethane in your fingers, and just known that they were going to feel FREAKIN’ AWESOME when they hit the pavement? Well that was the first impression once a set of the RB Hydrogen wheels landed in our hands.

The added bonus of some fast-ass bearings was an unexpected and welcome surprise. Having skated the Twincam speed rated 7 bearings from a set of RB Twisters, and recently wrenching some rill rill Swiss bearings onto the anti-rock whips, I was skeptical of the bearings. Right out of the gate let me tell you how wrong that assumption was. These bearings are fast. FAST.

But maybe that’s to do with the wheel itself, but we’ll continue… 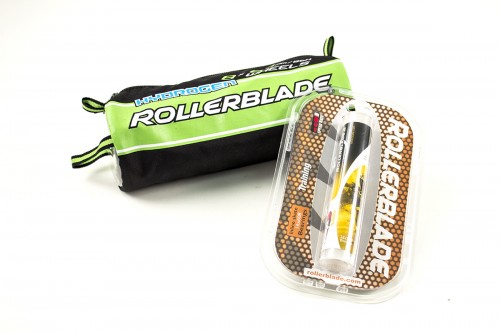 Yes, the wheels — they come in a handy storage sleeve that was immediately put to use housing my old, dried up, dirty 80mm set up for a rainy day. It’s a nice touch. (Like storing old frames in a Kizer frame bag. It’s handy!)

As mentioned above, just touching the wheels gives off an impression of high performance, and that’s no accident. Here’s the language RB used to describe the wheels:

The Hydrogen Wheels technology combines a proprietary urethane formula, scooped cores and hub integration. The urethane formula has more grip and a faster rebound no matter what terrain you’re taking on, ensuring maximum control and the smoothest skate possible. The core is strategically designed to add flex for more power and energy into the stride. These elements are bonded together so the hub properly supports the urethane for consistent performance, speed, cornering and momentum with less effort. The Hydrogen wheels also provide optimal resilience and increased longevity for inline skates.”

What you need to know is that they are like springs. Suspension. Not kidding. And they do grip (though quality drift turns have been achieved). 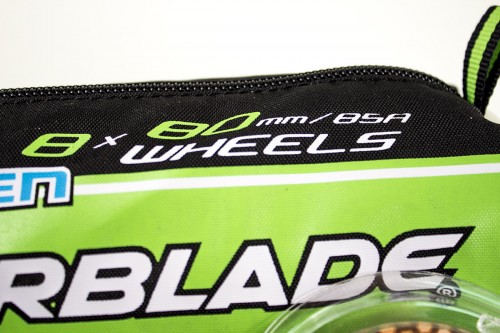 The wheels come in something like five sizes from 80mm all the way up to 110mm. We skated these, the 80mm/85a dudes. Oh, and they’re made in the U.S.A. Which is increasingly rare for anything so that’s cool. Go ‘Murica.

At Pow-Wow during the Inline X event people wondered aloud how Ariel and Rob were making rolling the unpredictable surface of Kona so damn easy. The answer is right here. They were rolling on perfect blade-skate marshmallows.

The kind you just gotta try for yourself.