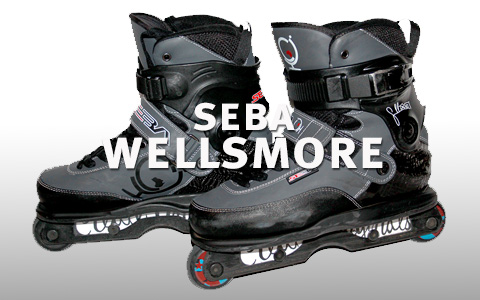 Arizona’s Andrew Scherf spent seven years skating Remz skates before recently acquiring a pair of CJ Wellsmore pro skates from Seba. After several sessions (and celebrating the arrival of his new son!), Andrew put together this review to help you learn about the latest blade offering on the market.

First and foremost, I give major kudos to CJ and Seba for putting so much effort and time into testing these skates. Being the new kid on the block in our sport is something that is tough for a company, let alone having their first skate be a skate made of carbon fiber and at such a high price point.

There were no corners skipped on these skates. All the materials, both inside and out, are strong and durable, yet comfortable where they need to be. The only thing noticeably changed from early versions of the skates was the removal of the protective rubber piece found on the outside of the toecap that was shown on the prototypes at Winterclash 2013. 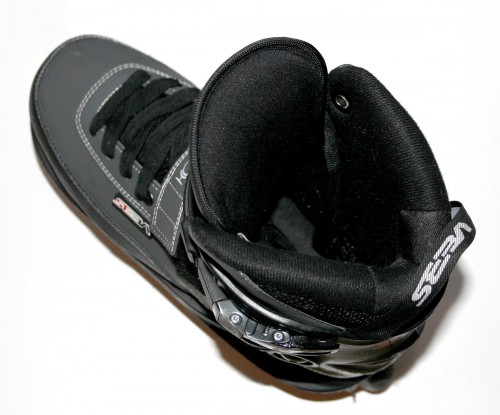 The skates fit very true to size, yet are very comfortable — from the extra-thick liner near the top all the way down into the ankle and heel area. My feet are small enough for the 9 boots with just enough wiggle room (since they are based off of UK shoe sizes a 9.5 was not available). There was a little bit of pressure inside, on of the top of my foot during the first few sessions. I assume is part of the break in process. This is my first pair of carbon fiber skates, and coming off nearly seven years on Remz, I didn’t know what to expect. To say the least, I was impressed right away.

The soul plates are super-fast and fit snug to the boot without excess and unnecessary plastic (unlike some other skate’s soul plates). When blading, there were a few times where I wasn’t locking in the back because I was used to the dipped soul plate on Remz, but that went away as I skated more. While the backslide groove is not as deep as the USD Carbon souls, it is wider and locks on great. Unity/boot tricks have never felt more amazing and controlled. 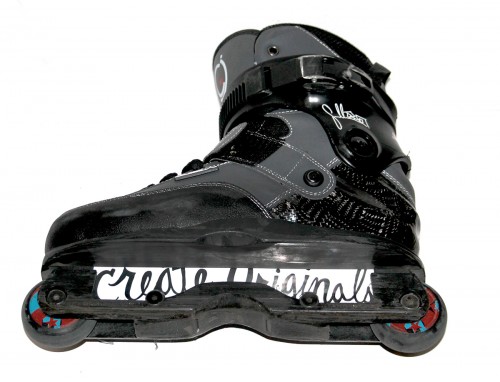 The lacing system is a huge part of how the skates feel. Doing a big gap, or stair set? Lace them up all the way and tight. Want a little more flex, but still great support? Loosen the laces or drop them down a row or two. Depending on what skates you rode before is a huge part of how each person will lace them. Me, personally, I lace them up to the second from the top (which is just below the buckle line) because I am accustomed to the ultra-flex from Remz and the v-cut liner/cuff. For me, this delivers enough support and flexibility needed while leaving the buckles only moderately tight. The power strap also plays a good part and is great for keeping your heel locked into the back/bottom of the skate, resulting in virtually no heel lift.

With each session the skates become more molded to my feet, making the skate more comfortable. Just like USD Carbons, you can heat mold them, which works for some people and doesn’t for others. Keep in mind your foot does get somewhat warm when skating, so that is a natural way to mold them without having to strip all the parts off, bake them, and then sit around the house with them on your feet.

As for frame alignment, they seem to be pretty centered, and don’t cause me to bend outward when standing around. This is a plus for me, since I’ve had two knee surgeries for arthritis in each knee. Now, in these CJs, my knees and back no longer hurt after a long session. 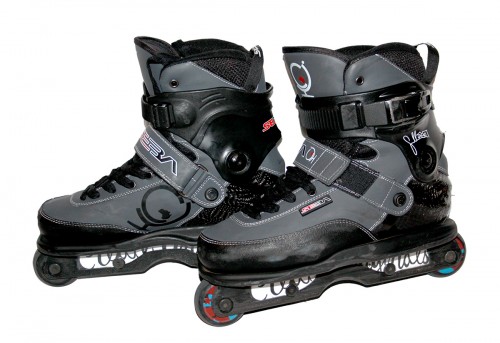 If I have a complaint, it’s that the stock frame bolts were not long enough with my Create Originals frames, which was an easy swap out with some I had laying around. I was really excited to try the Seba frames but had an opportunity to get the skates earlier if I went boot only instead. I will most likely snag the frames when the white parts are released, which is supposed to be soon.

To sum this all up: Seba has made a very high-quality new skate for bladers to try out, and since they’ve set the bar so high I’m eager to see what they do next. — Andrew Scherf

“the new kid on the block”

yea, SEBA is new to aggressive…they have, however, been making some of the highest quality rec, speed, and speed skates in the world for a number of years now. it should come as no surprise that this skate would use high quality materials and be extremely well-put-together.

Brandon, that is what I meant. Thanks, I knew of Seba and the free ride, rec, speed skates for a while thanks to a few people.

Skates are some of the highest quality I have seen in my 16 years of blading.