A couple of months ago I received a Facebook message from the Italian company Roll Line. They asked if I was interested in testing out some of their new powerblade products. Being open to trying some new things on the wheels, I happily agreed to give them a try.

When the packaged showed up, I was overwhelmed — there was more product than I ever expected. Basically their entire powerblade line, and most importantly their flagship piece, the Cage chassis/frame. 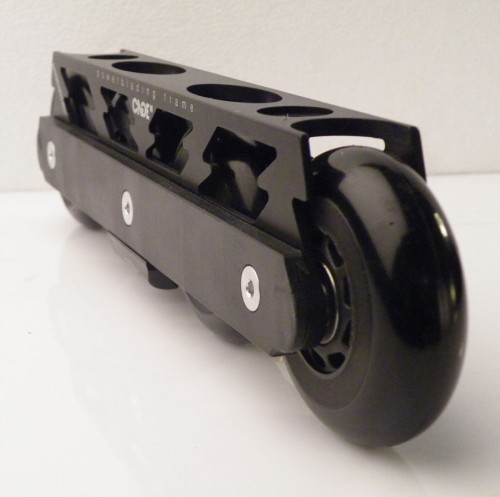 The Cage is an aluminum frame with attachable plastic sidewalls to incorporate the ability to do soul grinds without biting into the metal core of the frame. They also come with a removable h-block for frame tricks, which I will go into later. The frame itself is unique to the other frames offered on the market. Due to the strength and durability of the aluminum, the space needed to support your weight is reduced, meaning a more streamlined and compact version of a powerblade frame. This gives you the feel of a classic freestyle setup, with the monster wheel capability of a powerblade. That means maneuverability is improved, making tricks and other maneuvers easier overall.

So about that h-block.

It’s functional, but I noticed it reduced my ability to carve because it sticks out (think about that old Style Points Bob h-block) and bumps against the pavement. This would lead to accidental and dangerous slide-outs while carving down steep hills — times when I needed stability the most. Maybe in the future a flush, slim-downed version of the h-block might be more suitable for varied terrain.

Truthfully, when I’m not on my traditional freestyle set-up, I prefer the biggest wheels possible, so the option to opt-out of the h-block was refreshing. That was smart design for optimum versatility.

Along with the frames came an assortment of the wheels Roll Line produces. The wheels that came stock on the frame are the Thunder Demon 72mm/88a wheels, which seemed to be the flagship wheel of their powerblade line. This wheel comes in a couple size options as well — 76mm or 80mm with the same 88a hardness. 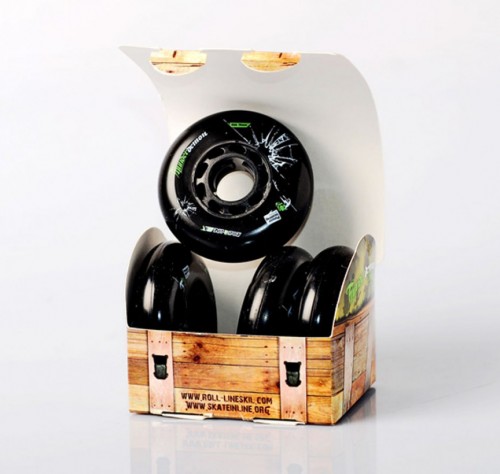 While the Thunder Demon was great, and I definitely understand the thought behind bringing street wheel hardness to a powerblade-size wheel, for me the wheels were too much of a reminder of my regular smaller street wheels. I guess if you are looking for a durometer that allows sliding carve turns or some forgiveness while grinding (remember the h-block) then you’ll love these things, but when I was hauling ass down a hill or slicing turns to control my speed the last thing I wanted was my wheels skipping and sliding out from underneath me so easily. In fact, a word to the wise — keep these wheels off hills, and in the middle of the flat streets.

For that, I suggest what turned out to be my favorite wheel, their largest and softest wheel, the Extrema. 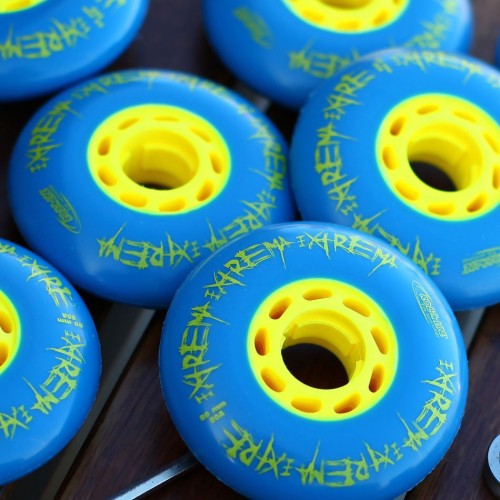 Riding on these was such a refreshing change from the usual anti-rocker sensation.The 80mm/80a Extrema wheel is like riding on balls of butter. The softness and size makes carving and general blading easy and fun. The shock absorbtion of this soft wheel can not be overstated — minor bumps and rocks in your path are of less problematic, and vibration on your body is reduced which not only makes the activity more enjoyable, it’s probably healthier in the long run too. 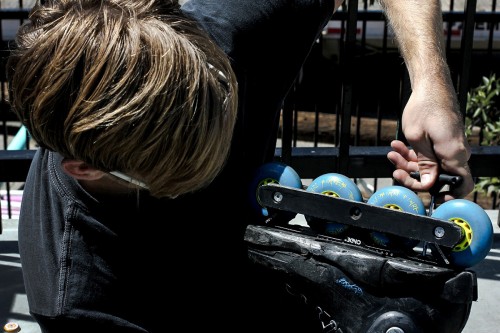 Carving the hilly roads here in San Diego is a lot like skiing or snowboarding on the tiny “resorts” I grew up with in Michigan. Shredding these roads on monster-sized wheels is a new experience though, and testing this Roll Line equipment, especially some of these wheels, was a whole new level of fun for me. I highly suggest everyone get a powerblade setup for general city cruising and recreation/travel. We must embrace our culture’s version of a crusier/longboard, after all, it’s all blading… but as you can see in these pics, the Extrema wheels and Core frames are right at home in the skatepark too. 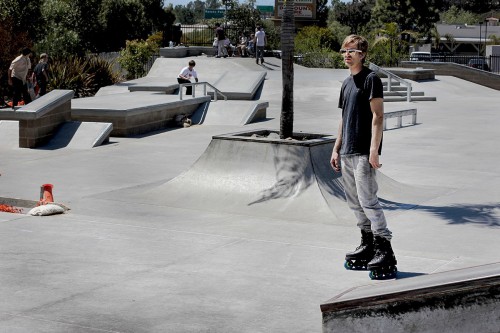 Great read Chris. I agree with you about the H block…. it can be troublesome right from the beginning. Who needs it when you´re doing mach 10 makios anyway?

Considering the H-block: I thought so, in terms of powerblading its width might need to be reduced so it won’t provoke uncontrollable sliding while making sharp turns.

Minor addition: those frames seem to be very promising, yet so far there are still 2 flaws in design which need to be revised.
1) Width of H-block
2) Big number of parts

In my opinion it would be better if sidewalls were mounted with help of axles, like it’s done on Kizer Arrow frames. This would reduce number of parts and possibly lighten the whole construction.
H-block could be made narrower and reversible, like on Kizer Element frames. This would allow sharp turns without danger of uncontrollable sliding and symmetrical shape would prolong its life almost twice.

RollLine still has done great job making those frames, I highly appreciate any new product for powerblading, but I still think these can and must be improved.