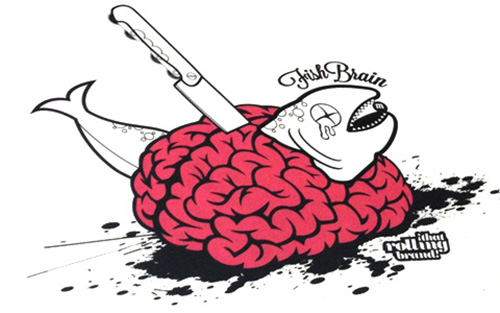 Scott! What’s up man, thanks for taking some time to answer some questions about That Rolling Brand. First things first, I thought you guys were from Mexico or a Spanish-speaking country, because of the upside down exclamation point in your logo. But you’re from England, right? Am I the first person to ever get confused by that?
Ha ha, as far as I know, yeah, you are the first. The exclamation is more for aesthetics than anything. I love Spanish as a language and have had many a holiday there when I was growing up, but the use of Spanish grammar is just as a typographical element. I really think it looks nice, and I like the whole Spanish take on putting an phrase in this kind of grammatical bracket. If anything I’m more of a sucker for nice looking typography as you will see in one of the designs from our new range. (*plug, plug*)

So what’s the story with That Rolling Brand (TRB) anyway? Who are you guys?
That Rolling Brand (TRB) is a collaboration between myself (the brains/designer) and Rob Pruett, my close friend and my backer. I came up with the idea a while ago after talking with my long time friend Danny Jewell (also a team rider) about wanting to put my 10 years of graphic design experience into my 19 years of rollerblading experience to make something I could be proud of. You know, use the skills and industry knowledge I have from my job combined with the sport and hobby I am passionate about. I have worked for a major sports retail company in the UK until I moved, most recently to work with a major English Premier League football (soccer) club. The knowledge I have from both these places has helped us greatly when sourcing the right garments and printers for the job, trying to get the best of quality and affordability for a new business, trying to push forward in the industry so that the customer is happy and trusts us to produce great products that look funky or cool for years to come. 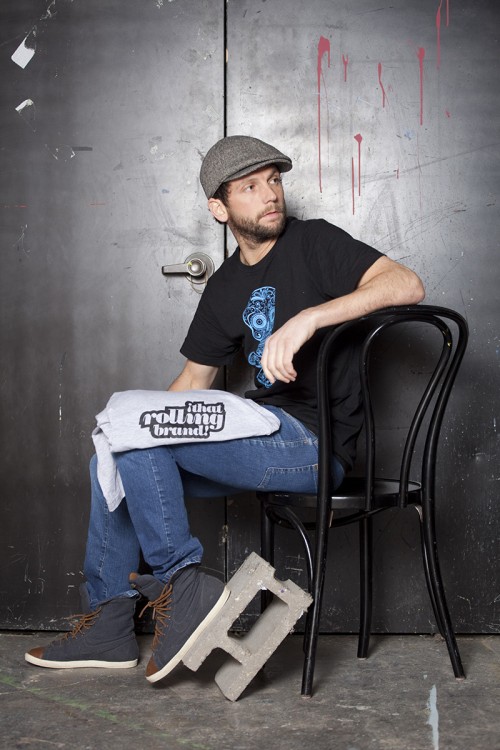 When did TRB officially launch? It seems like it wasn’t that long ago, is that right?
It was at the WRS starred event Laced hosted at Rampworx in Liverpool. We have a great relationship with Rampworx and they backed us all the way. They’re our first retailer and the guys whom would allow us to hit the rollerblading world the way we wanted. We had a great day with banners all over, tees being sold left, right and center, and one of our team riders (Danny) getting into the AM final and narrowly losing out on a top place. Unfortunately, after all my hard work and build up, I couldn’t make it on the day though as I was laid up with a broken leg from the week before. Wall ride disaster top acid to warm up…

I saw on your FB page where you posted a photo of a Fiction t-shirt, saying it was your oldest piece of blade gear. What companies do you guys draw inspiration from?
Aww man, there are loads! I love all the brands from over the years. My inspiration just comes from awesome designs and skaters, notably England Clothing and Sagona’s steez, Jeff Fredrick and USD, baggy Farmer on Rollerblade, even Senate and the Kill Team… and I can’t forget to mention Mindgame. I have a baggy XXL graffiti tee in my wardrobe from those guys. I even remember how much I liked my Runners Project tee as they were new and different. I got hyped off that!

Is there anything you think is missing in blading these days? And conversely, is there anything we have now in blading that was missing when you first got involved?
Blading has always been a closed community or, to coin a common expression, “underground.” And because of this it has always been really tight. I like that a lot, but I gotta say I do feel it has lost its way a little, what with the internet, as people are hating more now and this kind of negativity stops us from progressing. I would love for more people to see rolling as a sport that is so influential to people’s development and how it can take you to new places and friendships. We need to bring back communal street comps like IMYTA. I met so many great people just because we all joined together for the love of the sport — it was amazing, some of the best memories of my life by far. 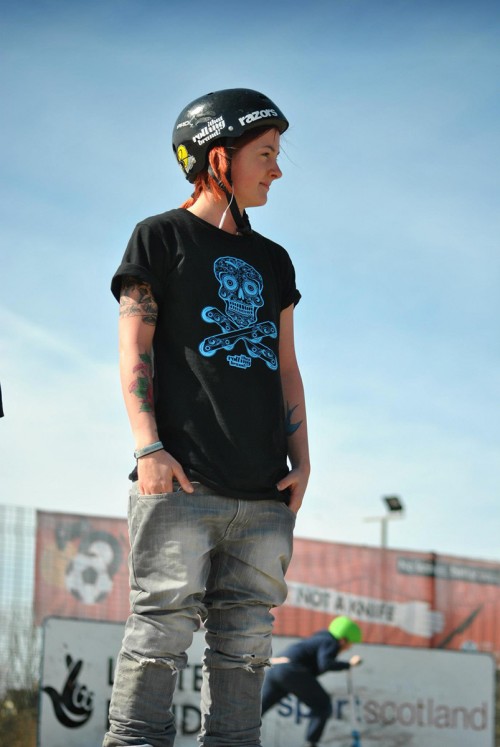 When we chatted before you rattled off a pretty diverse team of bladers representing you guys. Who all was that again?
The team is great. Like you say, they are so diverse in style and personality as well as origin. Here’s a quick list to make is easy:

• Rob Pruett — The flying Welshman and stunt aficionado extreme. Two comas and many broken bones, he’s a “go big or go home” trooper, and as I mentioned before he’s co-owner as well.

• Danny Jewell — Local Northwest ripper with the smoothest style. He’s been around from the very old days; can’t big him up enough. He’s well respected by all the locals and a tech guy.

• Jordan Ward — our young gun. He’s got a lot of spirit and can be one of the top dogs in the future. He learns so well, I always love skating with him as he is always up for improving.

• Leo Oppenheim — This guy is the ultimate all-rounder. He does all forms of rolling and is a truly selfless person and lover of life, to the point where he holds local community roller discos for the youngers so the sport grows!

• Ben Weis — the old school don and extreme superstar, he’s making a comeback and we are backing him all the way.

• Edwin Wieringh — he dutch destroyer and our European rep, he loved the shirts so much he said “yes” straight away. Top guy and awesome skater.

• Rosie O’Donoghue — our amazing bladette, holding it down in Scotland and being another of our Razors sponsored riders, she is defo one of the main girls on the scene nowadays. 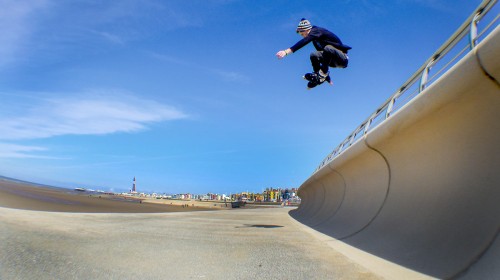 What’s next for you guys, are there other sorts of products do you guys have planned, or is TRB exclusively a clothing company?
Our next clothing line is our priority at the moment. We are focusing more on getting a few designs out at once, but the quantity will be vastly reduced. We want people to buy our clothing on a more exclusive basis, so basically if you don’t get the one you like straight away it’s pretty much gonna sell out fast and you won’t be able to get it. But the lucky people who do buy them early/straight away get a limited edition t-shirt which then becomes a piece of collectable rollerblade history.

As for the future, we have a prototype soul plate we are working on that incorporates a super low-friction plastic and a more universal fitment, but we need the money from our clothing sales to fund this. So I urge all rollerbladers to unite, buy our clothing and let us give you something back from the profits that will make your skates the best they can be!

Where can people get their hands on TRB gear?
Mainly the web site at thatrollingbrand.com and we are also stocked at Rampworx skatepark shop. We also sell at any of the events we attend, so look out for a stall (booth), and we’re currently trying to sort out a distributor for the USA and Europe, so we will be stocked in any good skateshop soon.

All right, sounds good. Best of luck with everything guys and thanks for taking time to tell us all about the deal. We’ll talk to you soon!