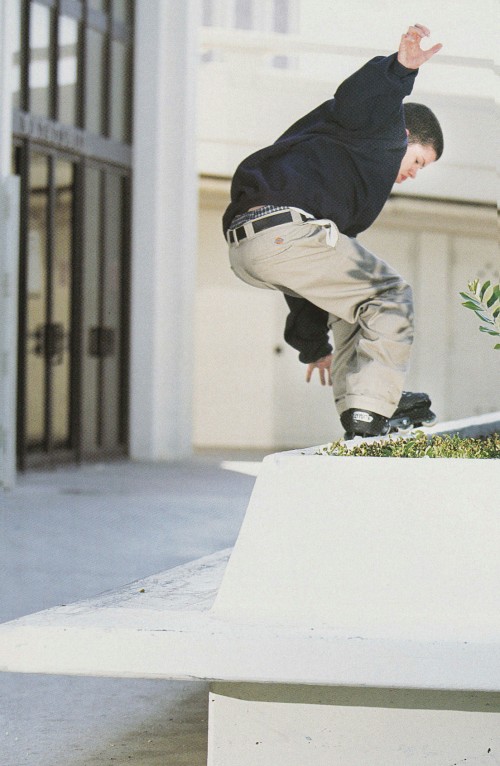 “Some kids never get to do anything their whole lives… Some never experience happiness. It’s not their fault.” — Neil Semar

Neil “Sweet Chuck” Semar passed away late last month. For many in our sport, the moment passed with little reflection. His name doesn’t carry they same weight as other early pros who’ve passed before (Brian Bell, for instance). But in his own way, and to a certain group of Midwesterners who didn’t see many ways to escape the anonymity of middle-America, Semar was a pioneer in our sport. A member of the infamous Sendokon crew and a pro for Medium, he made a name for himself as a master transition skater who was able to translate his skills to the street.

Semar first came on the scene at SCRAP, the legendary skatepark in Hoffman Estates, Illinois. SCRAP was one of the first skateparks in the Midwest and was a regular destination for pro teams visiting from the booming coastal scenes on demo tours in the 1990s. It was also home to a number of regional contests that got significant coverage in blading media at the time. If you’ve ever watched skate videos from the early VideoGroove days, you’ve no doubt seen the park.

“Before Eisenberg’s (Hoedown) SCRAP was the biggest regional, if not national, park comp,” fellow Sendokon member Dan O’Connor told me. “Honestly, he was so good. Back when there were mini(ramp) comps he always won pro. I remember the first time I met Champion and Roadhouse. He schooled them on the mini.”

“Neil was a perfectionist. His attention to detail bordered on insane, but his insanity made him the best at whatever he decided to do.” Pat Pellegrini, a close friend and fellow Sendokon alum, agreed. “I can remember sitting in his room for hours and hours watching skate videos. We would watch the same trick over and over again so Neil could burn it into his brain. When we went skating again he already knew how to do the trick without practice.” 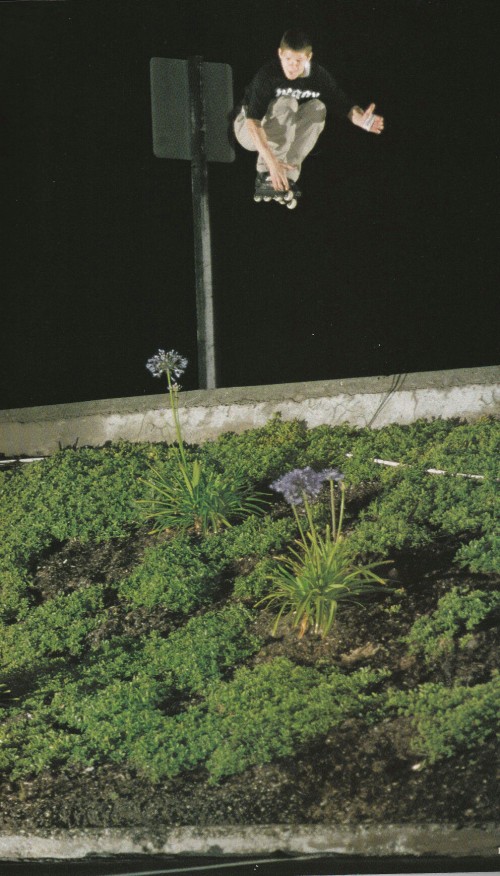 His meticulous nature could also make him appear standoffish. In a sport dominated by unreserved personalities like Arlo, Latimer and Roadhouse, Semar’s brand of individualism could come off as guarded. “He was good to a point of perceived cockiness, but he was really just quiet and weird” Dan O’Connor told me.

I personally never met Sweet Chuck, but he was a major influence on the crew I came up skating with. We both grew up a few miles from each other in Cary, Illinois, a suburb so far northwest of Chicago that the word “suburb” becomes a bit of a stretch. In a town like Cary it’s difficult to imagine having an impact on the world at large, but when you can buy a set of wheels labeled with the name of a guy who was in the same Spanish class as your older sister, or who’ve you’ve seen on television, the world seems a little bit more within reach. As kids, skating around with the old crew in his old neighborhood of Bright Oaks, we would occasionally roll past his moms and she would give us stickers and old wheels. I think Matt Strobot got one of his Pro-Tec helmets once. After word of his death got out, Eddie Dombrowski texted me the words “Cary pride” and mentioned he might be in need of a new tattoo.

“At one point we filmed a Nickelodeon commercial together” Collin Martin, who came up in the Mercenaries crew west of Chicago mentioned to me. “I don’t even think he really wanted to associate with me. Maybe he was an introvert? I think he was truly his own being. Very talented and unique.”

This idea of Semar as “his own being” came up repeatedly as I reached out to members of the crew he grew up with, and it makes sense. At a time when blading was dominated by GAP and Levi sponsorships, not to mention extensive ESPN ad MTV coverage, Neil was given a feature in Daily Bread despite the fact that he’d recently been dropped by his most famous sponsor, Medium. In the interview he accused the industry of exploiting kids. “They use them for their talent and trade them like baseball cards,” he said. “When kids are no longer making them money, they throw them out. Skating once was underground and it was cool. Now it’s all corporate and stupid. Who cares about ESPN? They all need to go.”

Later in the interview he also railed against factory-farming and advocated for a vegan lifestyle. “Veganism is the essence of compassion and peaceful living,” he said. “Animals are not ours to abuse or dominate… Animal’s lives are their own and must be given respect.” This was two decades before the slacktivism of Facebook and Twitter.

This is what interests me the most about Semar. He didn’t stick with rollerblading (he didn’t even stick with veganism according to at least one person I spoke to working on this). He wasn’t a true believer in the sense that many expect our fellow rollerbladers to be in 2016. But for a period of time he truly found happiness in this sport, and he pursued it aggressively enough, and with enough passion, to not only become famous for it, but also to recognize that the fame was ephemeral and a distraction from what really mattered: the love of what you’re doing in the moment.

“Neil was the only actual individual I have ever met,” Pellegrini told me, his love for his friend coming out the way it only can after a sudden, shocking loss. “It’s hard for me to talk about the good stuff right now because I’m still so fucking mad at him. Either way, I loved him and so did everyone who met him. He was a good soul.”

Neil is survived by his sister, Jessica. — John Adams