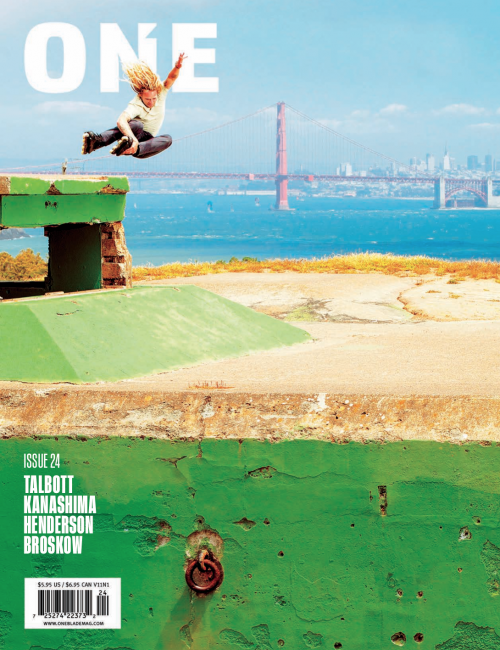 ONE #24 is printed and ready to ship worldwide. We teamed up with some of our favorite bladers and photographers to make another issue that collects blading from around the planet. Cameron Talbott teamed up with Erick Garcia to land a cover shot and interview that sheds light on the real life of the Bay’s chillest dude. Sean Macgowan traveled around Southern California to shoot a profile on Derek Henderson, with an in-depth profile by Intuition Skateshop’s own Matt Mickey. Soichiro Kanashima finally graces us with an interview shot in Japan with questions asked by Mr. Positivity himself, Miguel Ramos. Alex Broskow filmed his last profile wearing Valo in Barcelona and Brian Weis was there to capture the trip and its nuances for a travel journal. Detroit’s latest addition to the pro wheel-earning ranks, Luke Naylor, lands this issue’s Am Hour and Sean Patrick Quinn gives you a quick dose of what makes Young Luke one to watch. Austin Paz shares his aerial photography with us and John Lyke lands the Take 5. There’s also coverage of the Nomades Skateshop team — Antony Pottier, Adrien Anne, and Warren Digne — in San Diego shot by longtime supporter Steve Steinmetz and Sean Macgowan, plus an interview with Others founder Andrew Tuzson, and a 15 Minutes with Azikiwee Anderson that will remind you of the outsized impact this OG had on our culture. Did we mention there’s even more?!

Buy your back issues HERE.