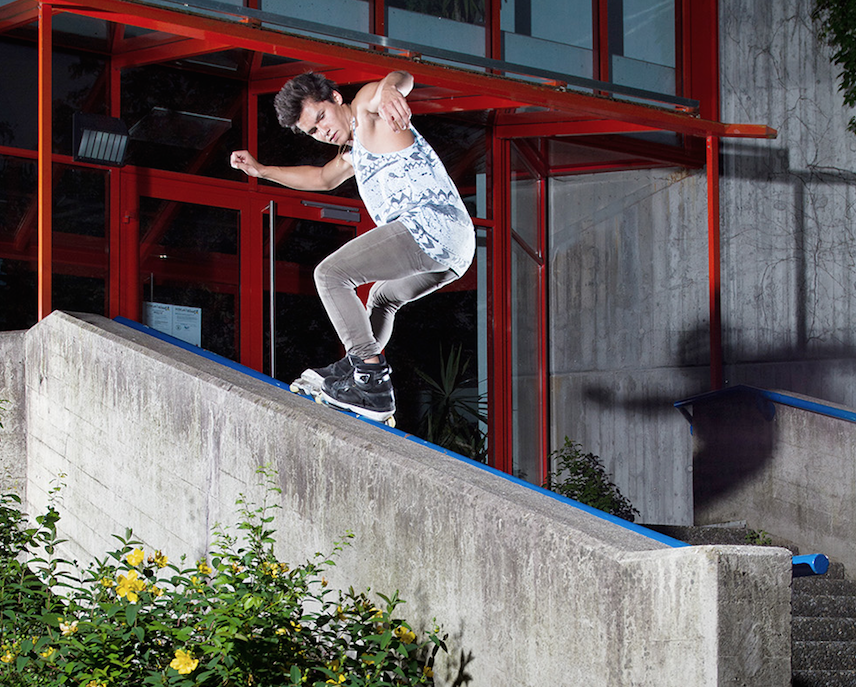 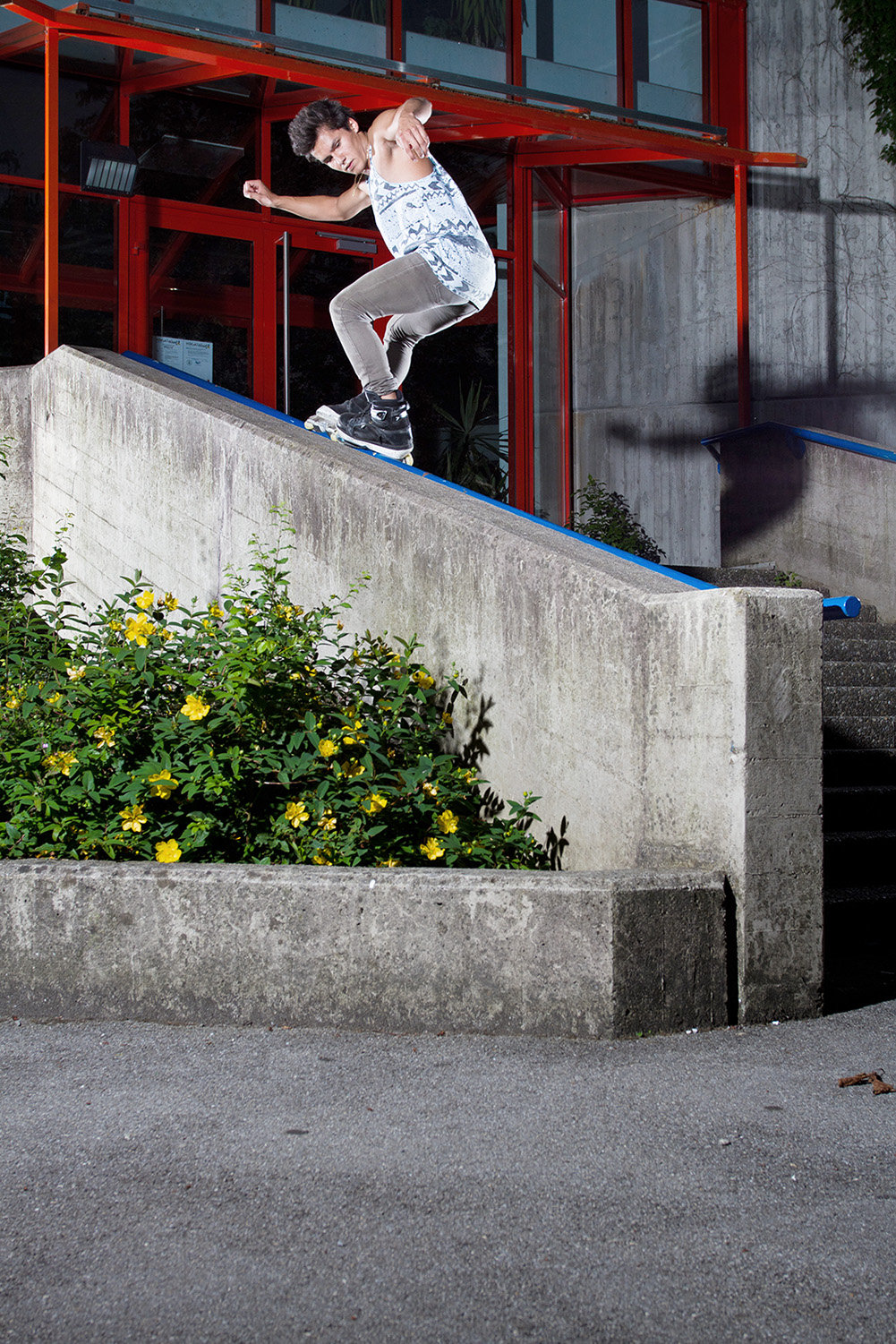 Michael “Pery” Peralta is one of my favorite people to shoot with. Almost any moment during a trick is a good moment to take the photo as he is always perfectly balanced and looking calm. With him there is no “trying a trick” — there is only “doing this right now and doing it clean.”

This rail is fun but pretty gnarly due to the short and slippery run up. The rail is also really fast but if you catch the ledge with a wheel you won’t slide another inch.