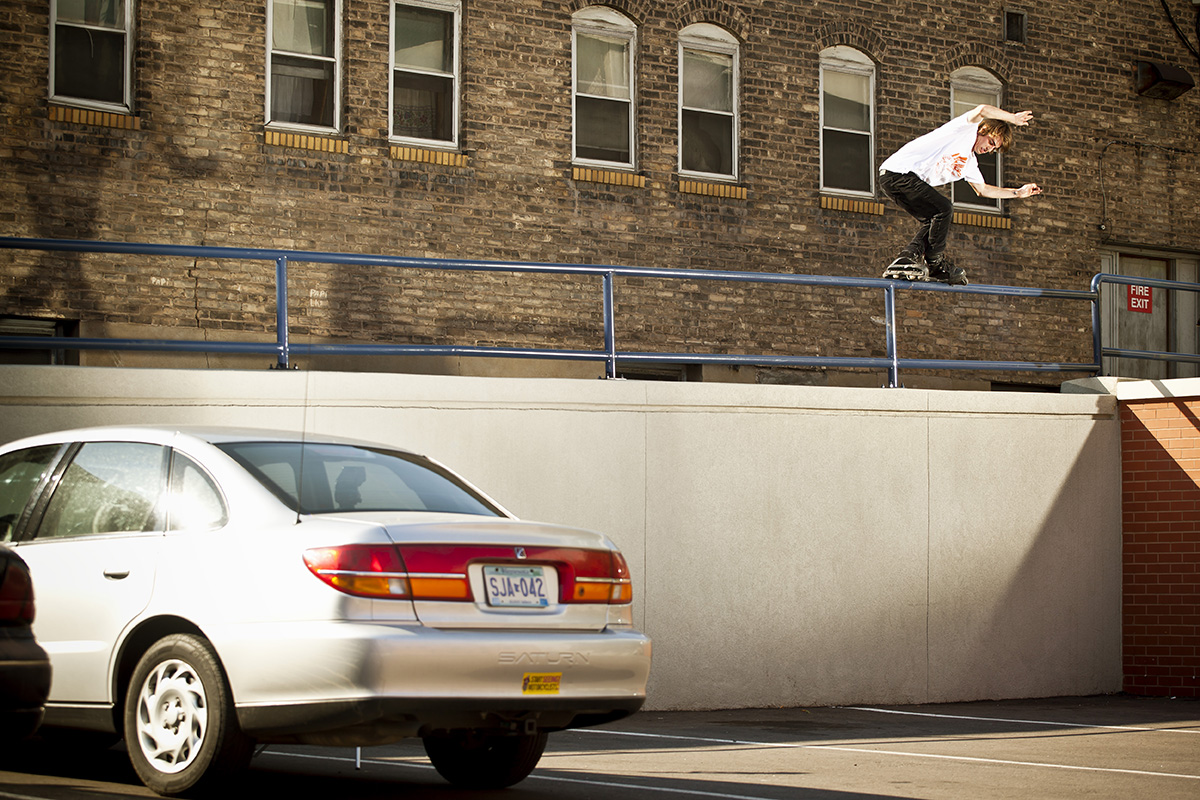 I decided to take a short day-and-a-half trip up north to visit some of my friends in Duluth since I hadn’t been up there for a while. My buddy Emery had just gotten back home from a journey to the south, so I had a place to crash and someone with good knowledge of the city to help me get around after the recent flash floods. Just a few weeks ago a good portion of its downtown area and streets were destroyed. 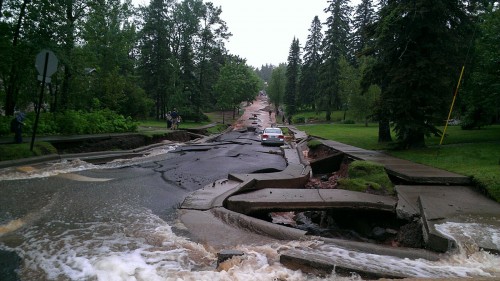 I made sure to post up on the good old Facebook that I was headed up on short notice, and tagged a bunch of the other rollers in the area to let them know I was coming and wanted to either hang out, skate, shoot some photos, film, sit on the beach, or whatever. I got a bunch of texts and calls from Nick Meidl telling me to hit him up when I arrived. Since Emery still didn’t have a phone I Facebooked him when I arrived in Duluth, since that was his only connection to the outside world, picked him up, and then we went out to meet up with Nick.

When we got to Nick’s house, there were some other skaters already there such as Brad Magnuson, Jay Davis, and Wilson Robinson. They were on their way out to get some footage and had some spots in mind, so we all headed out. The first spot was near a strip mall for Nick. He got the clip on this first spot and then, in the back of the strip mall, there was a steep down rail with two concrete pillars almost directly at the bottom of the rails to prevent cars from hitting them. This obviously made the rails much more intimidating due to the fact that you had to come off perfectly otherwise you were going to have a very abrupt stop should you hit one of these pillars. Brad Maganuson was trying a half cab top soul but ended up not completing it. He burnt his hands, actually, from grabbing the rail too many times when he would miss and come off early. Nick decided to give it a go too and ended up lacing this grabbed makio after about 15 tries. He even rode it through the pine tree and came off right before the pillar. 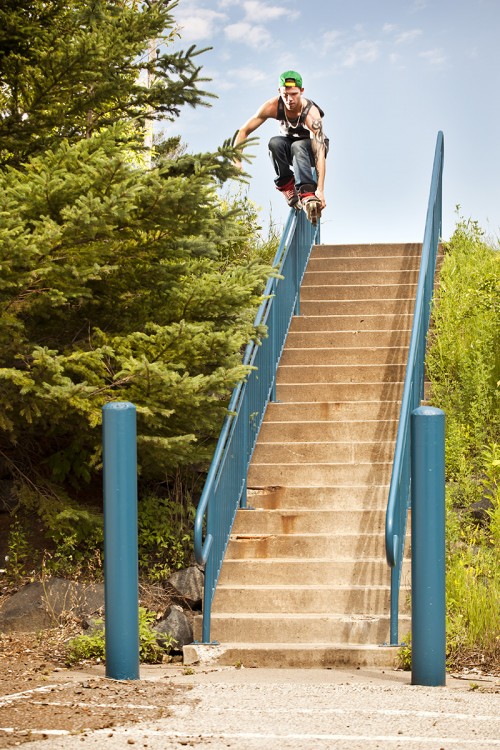 The next day, after spending the night watching some blade videos and drinking some beers, Emery and I went to get breakfast and did some hiking near Lake Superior. 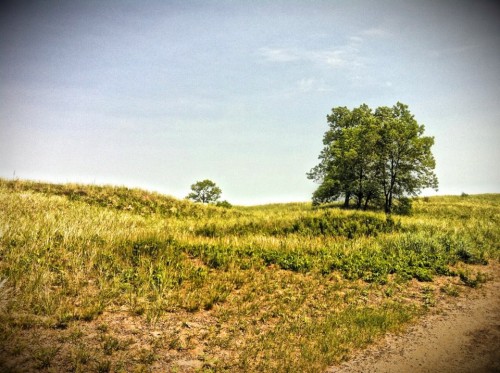 From there we all met up again at Nick’s house. We set out, just the four of us this time — Emery, Wilson, Nick, and myself — to find some spots to either get some clips or a photo of Wilson. We first scoped out this double kink that Wilson was going to top soul then hop over to an adjacent ledge roll then gap to the street, but that ended up not working out. The rail was too fast. From there we drove into downtown Duluth to this drop rail. Wilson called this trick right away. He was doing a fastplant off the ledge below up to the almost chest-high rail for an alley-oop unity. He did a few practice fast plants and grinds without the drop while we set up the cameras for the footage and still photo. After about 10 minutes and five or so attempts, he was ready. He rolled up, left foot fastplanted up to the ao unity and took the eight foot drop into the parking lot with a super solid mute grab to fakie, and rolled away like it wasn’t shit. The clip is perfect! 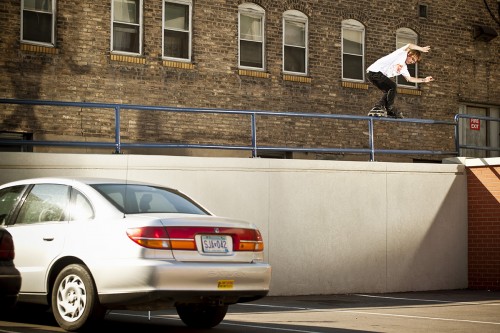 Wilson Robinson / Fast Plant AO Unity to 180 Drop / Duluth, MN
Shot with a Canon 5D Mark II, Canon 70-200mm, 1/250 at f/5, 100 ISO and two Sunpak 622s. One (set to 1/2 power) was behind the Saturn to fill the wall and drop area, and the other (set to 3/4 power) was outside the right edge of the frame set up on a stand. This one was level with Wilson to provide fill light on him and his black cords since the sun was shining down from behind him, already creating a nice natural rim light on his right side, popping him off the brick background. I didn’t want to lose any detail on his black skates.

If you have not yet seen or purchased “How ‘Bout 2 Cents” I suggest you check it out. There’s some real raw talent up there in the northern areas of Minnesota and Wisconsin. It’s amazing what they did with the hilly terrain they have there. It was filmed very well and edited nicely too. Here’s a link: How ‘Bout 2 Cents Trailer