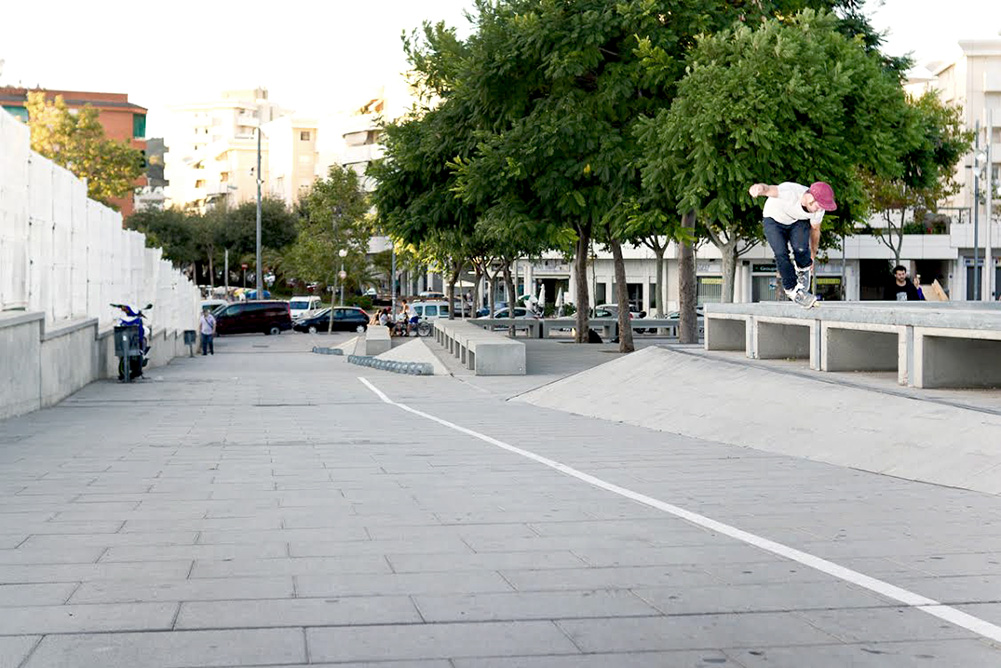 It’s been a while since I’ve had a chance to catch up with Dan. But after a little trip to Northampton to catch up with him, Cal and Ben last weekend, I thought I’d share this photo that’s been hidden on my hard-drive for nearly a year now.

Dan McLaren’s been a solid figure in the UK scene for a long time now, a well-known skater who’s earned the respect of his peers by paying his dues for the past decade or so throughout the country and beyond. I remember seeing Dan for the first time around 10 years back at Radlands (a former Northampton based skatepark), and watching him, Jock, Carne Webb, Tom Portas, etc. all open my eyes to tricks I’d never seen before. Quite a few years on and I’ve got to know Dan quite well, I’ve had the pleasure of skating with him, getting photos with him and catching more than a few beers with him!

Anyway, on to the photo.

This was taken on a Barcelona trip in September 2013. I remember being quite ill that week (after drinking too much on the first night there which was my birthday). I think everyone was feeling it on this day though. We’d been out to the infamous Razzmatazz club the night before, and it took us till about 6:00 in the evening before we could get the energy together to leave the hostel and go and skate. We ended up at the well-known skate plaza in Fondo, and even then all everyone seemed to want to do was sleep. As the sun cooled, a few people got into the session — Dan being one of them. I managed to get him landing this smooth zero fish on the bank to ledge.