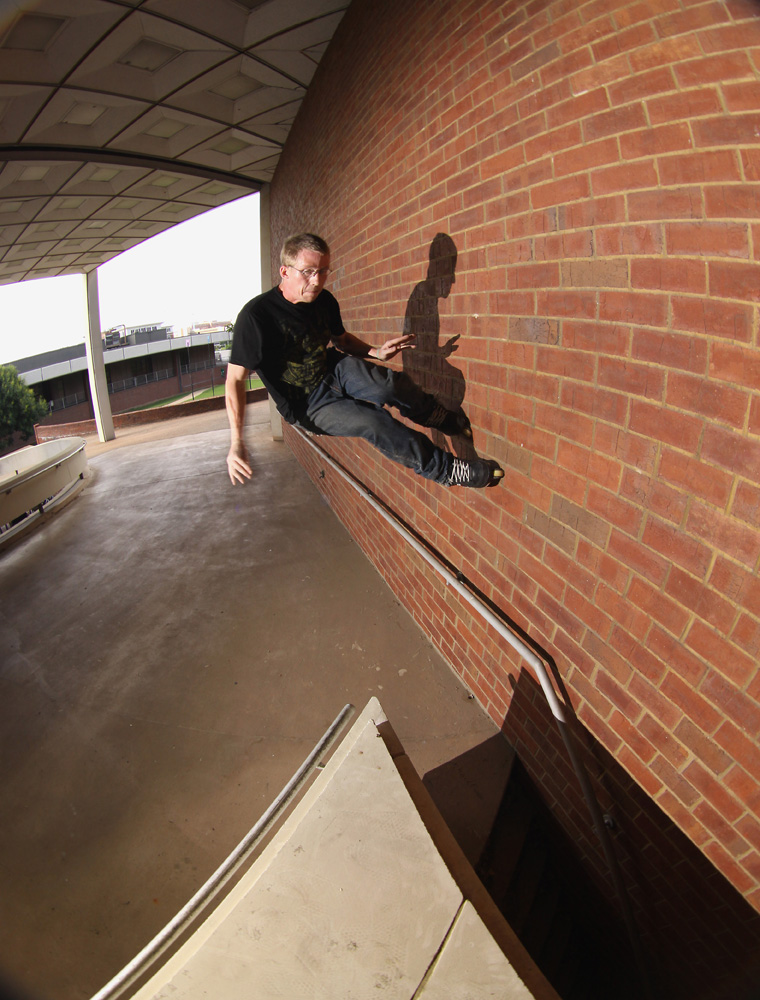 Shooting this photo was a little difficult. First off, there is almost no room for a decent angle, and on top of that the spot is a complete and total bust. The only reason I agreed to shoot the photo was because I haven’t been caught on the property yet. A few people have been arrested at this spot, which has also been in a magazine, I believe, and a few videos. It’s pretty amazing, considering the lack of good spots in Birmingham. I’m not saying that there aren’t places to blade, but not too many have as much stuff to shred and aren’t falling apart. Despite this fact, Alabama definitely has diversity when it comes to skate spots. Daniel Pope, being the skater he is, decided he wanted to get this pic and was determined to make it happen. Having been busted at this spot multiple times, he was definitely pushing his luck by going back, but luckily nothing happened. He did his trick a few times to get a good picture then we were out of there and on our way to the next spot. Shooting with Daniel is fun, there’s always some kind of action going on. Whether he’s yelling at rude pedestrians, or cursing at shitty drivers, it’s always exicting. For this photo I was shooting with Canon 50d, Peleng 8mm lens, and a 580ex2 flash to my left. — Cody Smith

I feel a bit slow here, could someone help me out & let me know what he’s doing. Grind to wallride or wallride to grind or just a wallride?

i did soul to ao wallride fullcab out

I am sorry but: I really do not like this picture at all.

Lighting = just casts shadows… is misplaced and leads into a blurry right arm.

There are also just some very rar cases when it makes sense to take a wallride from above the riders head… with an fisheye.

Man this one time he shot a Canon into a cumulonimbus cloud lol. Hope youre doing ok Dad it’s been to long. Hmu this is Chris 7708759481
#BAMArollers