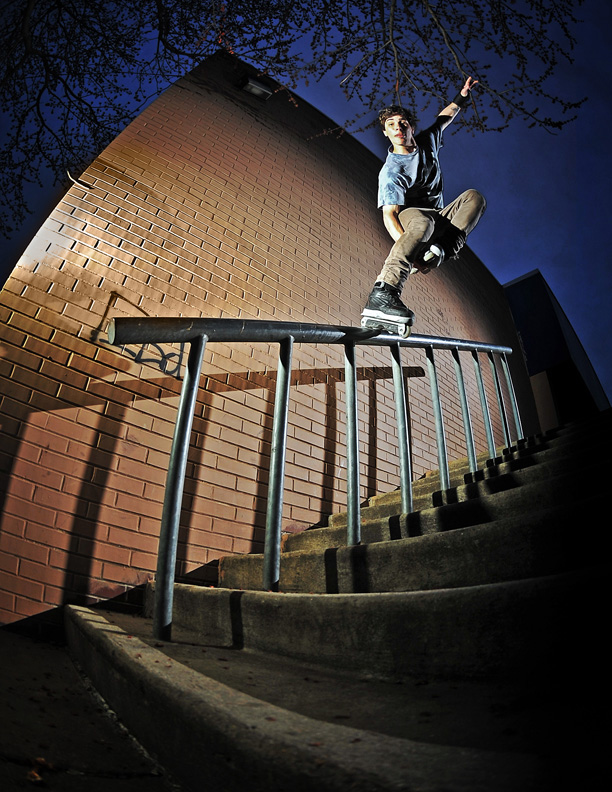 With our persistent nagging, and the motivation of a new camera, Drew Amato has been prowling the streets of Philly, racking photos, generating his share of Photo Journal entries. Here’s the latest featuring Jon Jon Bolino, a fat, close-to-the-wall rail, and a solid stale grab. — ONE

It seemed like another session in Philly without a destination until SK pulled out his cell phone and showed Jon Jon and me this rail. As we drove up we noticed not only how close it was to the wall, but also that the rail was pretty fat. Of course, like a champ, Jon Jon called out the Stale Backside Fastslide, and within 5 minutes we were back in the car without a destination yet again.

Most epic tale in rolling history!