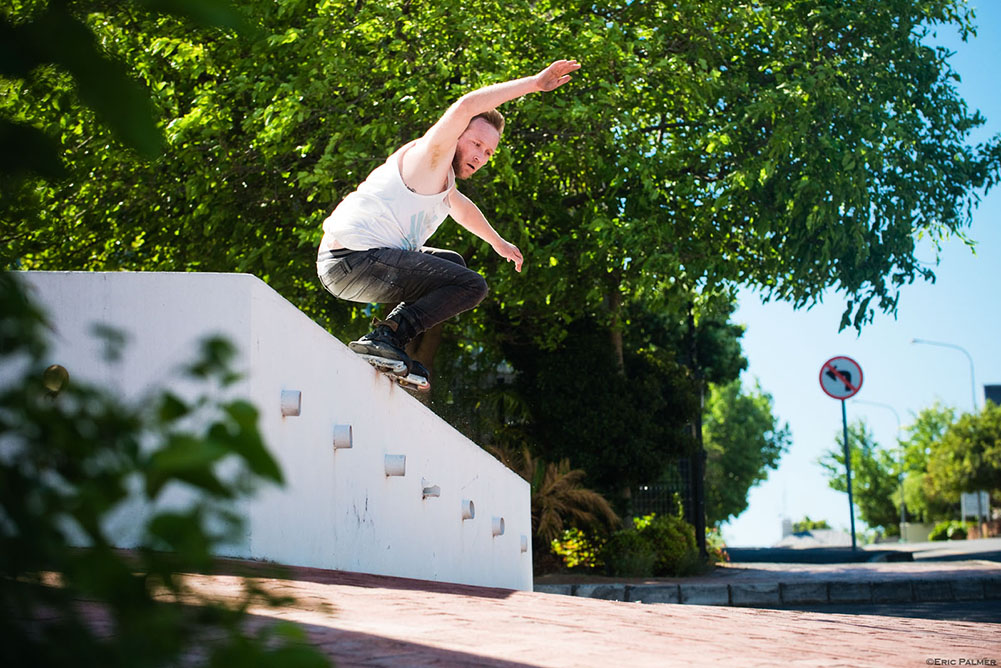 Our scene in SA consists pretty much only of OGs, and getting us out of the park en mass is not as easy as it used to be, but when we do I always have the tricky decision to roll or take photos. For this particular sessio we’d heard about a fresh curb just down the road, so we loaded everyone into cars and headed off. I decided to skate a bit first while everyone was warming up and getting a feel for the ledge, but after a few goes the end of the ledge started to crumble (SA construction is often not the most solid), so I decided to get the cam out before it became unskateable. Cliff Viljoen, Lyle Johnson, Lloyd Goss and Zynn Grondien (in shot) were looking really comfortable on it, but by the time I found the angle I wanted it was only Zynn still going. Here I went with no flash for a change and captured just a chilled back roy. With the paint and cement flakes flying up behind him, that’s all it takes to make me happy these days… so it was good to get out in the streets with a little crew again!