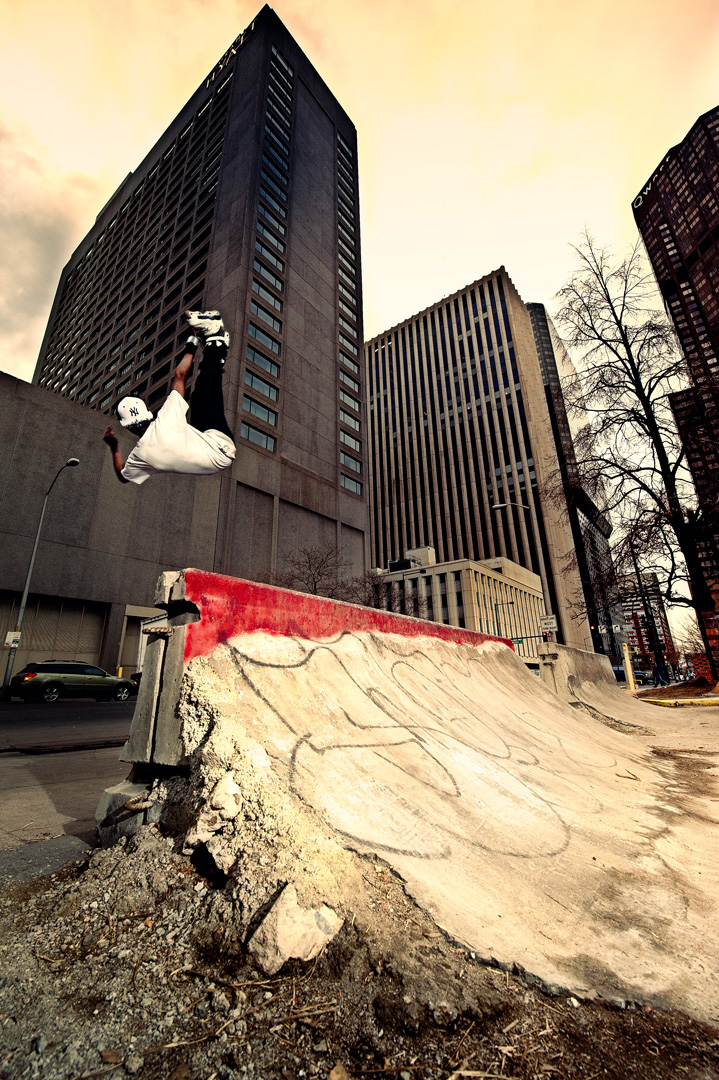 I recently moved out to Denver, CO, which has an amazing scene with many talented skaters, one of which is 15-year-old Charley Neou. I’ve seen a lot of young rollerbladers in my time, but Charlie has to be one of the best I’ve had the privilege of skating with. He seems to be fearless and is willing to give any trick a try.

About a month ago, I asked him if he would like to get some photos. We went downtown and found a Quikreted jersey barrier. I said, “Charlie, what do you think you got on this spot?” Without hesitation he called a misty flip. I set up my camera and lights, and without even testing it out he threw down this huge rocket Misty.

I know that if Charlie continues to be a quick learner and maintains his consistency, he will make a name for himself in the rollerblading world. — Josh Hayes

Glimmering in colorful aura! Shot at the peak, rock angle.