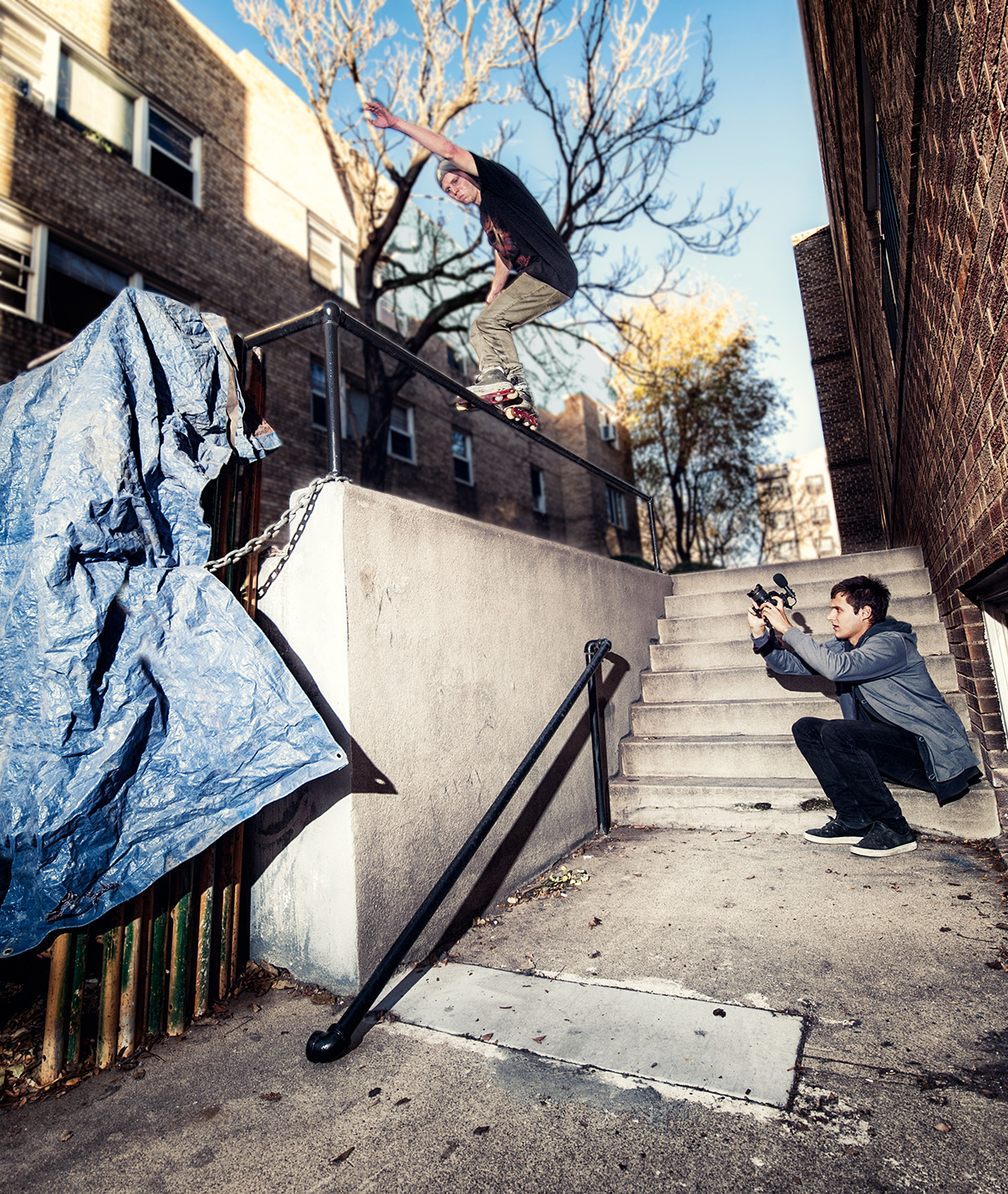 For many, the responsibilities that come with the adult life can deter one from the real work of dropping hammers and generally just getting filthy on blades. But for Geoff Phillip, a looming night shift throwing pie and slaving over hot pizza ovens is no excuse not to maintain his daily quota of tricks. With little time to spare, we arrived at the spot and quickly realized there were a few more hindrances than originally thought. What we’d remembered as a nice little out-rail, good for getting tech on, actually included an odd rocky little square of concrete for runway, close proximity to a rough wall, a bunch of scaffolding stacked near the landing, and an extra rail directly in the way. Undeterred, Geoff used his man-strength to pull the extra rail right out of the ground and got down to business. I quickly pulled out my D700 and threw on the 14-24mm FX lens. I set my SB-900 flash on a light stand and found a spot where Geoff just might not land on me. After a few scary looking attempts that Geoff somehow nijaed out of, the building manager showed up, trying to run some interference. When prompted to stop, Geoff asked, “What will you do if I go up and do it again?” “I don’t know,” replied the clearly puzzled building manager. Geoff pushed, “Will you call the cops?” “Yeah, I’ll call the cops,” the man confirmed. With that said, Geoff walked back up the stairs and laced this negative acid 180 with forceful perfection… then casually made his way off to work.

Love the focus points/soft focus on this, fantastic shot Josh, I really like this! Geoff is a totally ripper, I look forward to your next photo journals