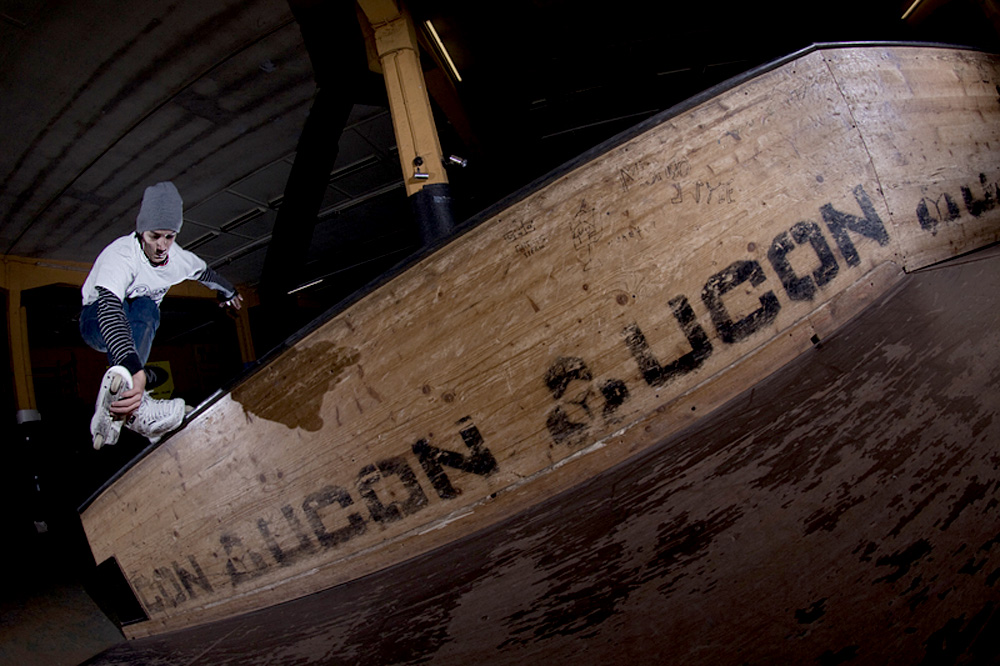 Sacha Lopez originally came to Wangen to check out the newly-built kinked ledges, and I went there to take a few photos. Unfortunately, the new ledges were way too crowded to place my flashes properly, so we decided snap a few photos at the good old Ucon ledge. After warming up with a few super-steezy Truespin Topsouls, Sacha decided that this trick was too easy for a photo he wanted to get used somewhere. So, after four attempts, he killed the ledge with an ultra-fast Truespin Crossgrab Fishbrain. Then he did it three more times to get a shot that looked exactly the way he wanted it to look. — Lui Summer